Book Review – The Anxious Triumph: A Global History of Capitalism 1860-1914 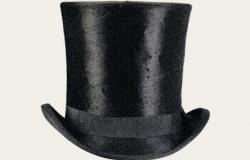 Books on world history are not new.  Probably the best known were written by Donald Sassoon’s one-time PhD supervisor, Eric Hobsbawm.  His third one on the long nineteenth century, The Age of Empire, covers much the same period as The Anxious Triumph.  But the scale of the latter is of a different order.  Whilst Hobsbawm only referred to China four times in his account, Sassoon gives extensive Chinese coverage based on a reading of recent scholarship.  There is a selective aspect to his overview.  Although Sassoon does not say it directly, his book is concerned with nineteenth century historical actors.  Therefore, he only really discusses African countries in relation to the actions of European imperial powers.  And inevitably coverage of some countries is more extensive and informed than others.  However, The Anxious Triumph is about as global in reach as one is likely to get from a single author.  The backdrop to this is two-fold.  On the one hand, a bibliography stretching to eighty pages of books and articles (approximately 1600 sources) in three European languages.  On the other, a concern with recent debates over globalisation.  In fact, the book is set up as an examination of how capitalism, now apparently unquestioned in the early twenty first century, fully established itself in its first era of global dominance.  I did not find the book’s contemporary introduction or conclusion particularly convincing, but before discussing them let me outline the organisation of the book.

The Anxious Triumph is divided into four sections.  The first, ‘the condition of the world’, covers the social and psychological conditions of urban and rural life in the late nineteenth century.  For anyone who thinks that the early ravages of industrialisation in Europe had given way c.1900 to a period of generalised if modest affluence, the evidence presented is consistently grim.  Amongst many evocative facts, Sassoon says 100,000 people lived in dark and humid cellar flats in Berlin in 1880: a contribution to urban life expectancy in Prussia of under thirty-three years of age.  It was not until 1905 that life expectancy in German towns and cities exceeded that in the countryside.  Besides the poverty and disease, urban living  was no more intellectually enlightened than the villages the peasant inhabitants had left behind.  For several generations migrants to Italian cities were more influenced by the superstitions and fears of their rural origins, as much pagan as Catholic, than any knowledge of modern health and hygiene.  As indicated, there is almost as much space devoted to Asia and the Americas in this overview of urban life.  In his coverage of epidemics for instance, Sassoon documents the spread in 1899 of bubonic plague via trade routes from Alexandria to Buenos Aires, across South America and then onto South Africa and Australia, before reaching San Francisco in 1900.  As many of the victims there were Chinese, the disease was blamed on them – a contribution to Californian anti-immigrant sentiment and laws, discussed elsewhere in the book.

The second section, ‘becoming modern’, covers the characteristics of just what a modern state entity comprises.  On the one hand, this contains chapters on industry, taxation and the institutions of states.  On the other, it includes governments and wider intelligentsias efforts to catch up with the leading nineteenth century powers, France and especially Britain.  This entails analysis of the selective attempts to import Western derived ideas of nationhood and economy into Asia (primarily China and Japan) and Russia.  The trajectory of the USA is the subject of a separate chapter.  The third part of the book, ‘involving the demos’, deals with nation building – involving a fascinating discussion of nationalism, though not one that makes reference to theoretical understandings – suffrage, welfare, labour relations and religion.  The final section, ‘facing the world’, encompasses imperialism, the first global crisis (1873 -1896) and the reaction to it through the wave of economic protectionism in the period to 1914.  The conclusion returns, through a rather superficial scan of contemporary developments, reaching as far as the election in 2016 of Trump, to the issues of the introduction: literally the ‘triumph’ of capitalism.

In my view the principal quality of The Anxious Triumph is one that other reviewers (notably Adam Tooze in The Guardian) have questioned: the dizzying accumulation of documentary evidence from all manner of sources: novels, poetry, the accounts of nineteenth century writers as well as contemporary historical accounts.  Sometimes this turns into mere lists of the spread of a phenomenon – like the advent and/or extension of the vote in parliamentary elections in the chapter on suffrage.   At others, the effect is bewildering and one wishes for greater synthesis.  However, I generally liked the ‘thick description’, as layer upon layer of historical detail is built up to give the reader an incremental sense of a subject.  Moreover, there is a methodology to this style as conclusions appear towards the end of chapters in the light of the data Sassoon presents.  And once these have been made, the author, is in a position to provide case study illumination of the given encapsulation, as in the second section of the book.  These in turn problematise the given generalisations - but such is inevitably the case with historiography, especially at such an elevated level.  Nevertheless, amongst other criticisms, I did have some issues with the organisation and remit of the book.

The starting point of The Anxious Triumph is debates over globalisation over recent decades.  This justifies re-current explications of the critical role of the state in nineteenth century capitalism, contrary to contemporary neo-liberal dogma about the golden age of unfettered markets.  This is posed at a general level as the state providing for the capitalist class a civil service, communication system, a standing army and a legal system to regulate commerce, enforce contracts and keep workers at bay.  Elsewhere, the state is identified as a vital means to cope with the anarchic aspects of market capitalism – Marx is a recurring and predominate influence – and as an agency that provided crucial national investment where private capital was insufficient.  One example Sassoon uses, federal government financing of US railways, is well known, but nevertheless telling.  At a regional level, Sassoon attributes the markedly different histories of China and Japan over the period to the relative strength of the state.  Again, the point is familiar, but it is given vitality by the vivid descriptions of chaos and relative stability in the respective national contexts.  With the partial exception of Britain for a brief era before 1880, Sassoon argues that strict adherence to free market economics just did not exist.  Only in France was there a continuing pretence that laissez faire was sacrosanct.  The argument is convincing at a domestic level, but it is worth noting that the book does not mention the relative lack of international governance and regulation in comparison to the post 1945 era.

If this contemporary angle to the book is illuminating, I thought the identification of what constitutes capitalism was less convincing – in fact, less evident.  For the most part, this seemed a Weberian understanding of an economic system in which a competitive profit motive is systematic.  At others, capitalism seems a synonym for everything that is modern – welfare, mass education and some form of representative government, as well as industrialisation, urbanisation and the dramatic expansion of international markets – that states were forced to adopt by dint of international competition.  Elsewhere, the mass consumer aspect of capitalism is identified as its crucial innovation in comparison to earlier socio-economic systems.  Given the relevance of consumerism to contemporary global environmental destruction, I was not convinced that Sassoon had successfully demonstrated by the end of the book that anxiousness over the legitimacy of capitalism was more pronounced before 1914 than in 2020.

In a history of this kind an implicit identification of capitalism with modernity is possibly inevitable.  And one or two omissions are probably inevitable.  Principal amongst them is the limited coverage of the growth of military expenditure, 1880 – 1914.  This, combined with a failure to integrate economic protectionism into an account of rising nationalism, leaves the reader unprepared for the monumental event that followed: the First World War.  More important given my earlier point, is the lack of coverage of changes in business organisation and practice (like accounting).  Similarly, changes in typical ownership arrangements in American capitalism are only mentioned towards the end of the chapter on the topic.  Finally, I thought that some indication of historical debates over matters like the persistence of the ancien state régime through the nineteenth century and the impact of imperialism in European societies, would have contextualised (and organised) some of the more contentious interpretations Sassoon makes.

Despite these criticisms, this is a book that, like those of Hobsbawm, will inform and impress academic and general readers alike, and, as indicated, is a significant advance in world history.

Dr Sam Pryke is Senior Lecturer in Sociology at the University of Wolverhampton.

Why Experts Disagree on How to Manage COVID-19: Four Problem Conceptions, Not One