NGOs at the G7 Japan: Keep your friends close and your NGOs… well, further away 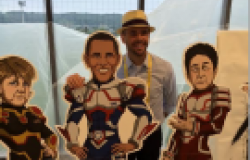 Media Centre - G7 Ise Shima Summit. The role of NGOs at G7/G8 summits has never been straightforward. Although there are often official narratives about inclusion and engagement, this rarely plays out in practice. For example, at the 2000 Okinawa Summit in Japan, the Japanese government constructed a purpose-built NGO centre in order to provide NGOs and advocacy groups a place to engage with global policy. As was noted at the time, the building of this Okinawa centre had important symbolic value. This is because the centre not only made a statement about the need for NGO inclusion and political ‘buy-in’, but also represented the first time a purpose-built facility was built explicitly to help facilitate engagement.

However, in practice, the symbolic nature of the centre gave mixed signals. For instance, the centre was significantly under-used because it was built a considerable distance away from the Press Centre. In addition, access to the centre cost NGOs ¥10,000 (US$91) per NGO to use it and involved security procedures that many deemed overly invasive. For example, each NGO had to submit individual photographs and register their personal details, such as address and height, which was seen by many in civil society as a form of surveillance and possible cooption by the Japanese government (The Japan Times, 25 July 2000; Toyoda 2000: 21).

This type of mixed symbolism has also arisen again at the 2016 Ise-Shima Summit. This is because NGOs have again found themselves away from the Press Centre, placed outside the main security checkpoint, and thus located outside the immediate view of media representatives. Furthermore, the NGOs have been instructed that they cannot display posters, signs or any promotional material outside the NGO centre (in fact all displays must face inward and cannot be visible in the windows outside the building). In addition, the Japanese NGOs have all been given ‘minders’ who must clear promotional activities with the Ministry of Foreign Affairs. Lastly, as with the 2000 Okinawa summit, all NGO personnel were made to sign a formal declaration, which prohibits NGOs from doing anything deemed as unbecoming of the summit as well as a promise to clear all activities with the Ministry of Foreign Affairs.

The concern, like in Okinawa, is that NGO inclusion has again become more about its symbolic value than any actual value or opportunity for meaningful engagement. This has played itself out most tellingly in a controversy surrounding the placement of the Save the Children Universal Health Coverage (UHC) G7 Superheroes. These cardboard cutouts present each G7 leader as a Manga superhero who champions the UHC cause. These cutouts were meant as a way to both encourage the use of G7 power as well as to bring UHC to the attention of the media. Yet, due to NGO restrictions these cutouts have had to be isolated to the NGO centre and thus remain out of sight of anyone not purposely going to the NGO building (which requires passing through two security check points). As a result, the symbolic value that this controversy seemingly suggests is that the Japanese hosts would like to look like close friends with NGOs, but that it is best to keep them far away. And this is unfortunate, since in the case of the Manga UHC G7 superheroes, they were never meant as an offense, but instead encouragement, and as a means to bring a key aspect of the Sustainable Development Goals to the attention of those who might want to know more about an important global policy issue.