Is the Glass Half Full or Half Empty for G7 Gender Equality? 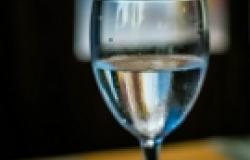 International Media Centre – G7 Taormina Summit. The IMF’s Gender Budgeting in G7 Countries report illustrates just how far we still have to go in gender equality. The paper on the Group of Seven (G7), who are described as the seven major advanced economies, provides figures on the inequality between genders that gives both cause for concern and reason for hope.

Commissioned by the Italian G7 Presidency, the report highlights that, on average, women are more likely to graduate from a higher learning institution than males within the G7. Further, the G7 Research Group acknowledge positive movement by the G7 in developing STEM careers for females. Whilst many may find these statements as positive steps in combating gender inequality, one may also be concerned by the facts. This is because despite having a higher level of education, the pay gap is still to the advantage of males in every G7 nation, peaking at over 25% in Japan. Additionally, women still take on much of the burden of unpaid employment. Japan again provides the most concerning figures, with around 80% of unpaid work being completed by females. Japan has declined in the gender equality rankings to 111th – a fall of 10 places in two years – under Prime Minister Abe. His so-called ‘Womenomics’ has underperformed, with his administration lowering the target for female executives from 30% to 15%. The IMF nonetheless provides several recommendations to combat such issues, with significant methods including government subsidies and tax relief for businesses that employ female candidates.

Decision-making power is still very much dominated by males within the G7 states. Managerial positions are dominated by men in every G7 country, as are parliamentary seats. The G7 leaders, 2 EU Presidents, and 4 invited African leaders, together personify the problem at hand. Of the 13 leaders mentioned, only 2 are female. Prime Minister Trudeau and President Macron, however, are two G7 leaders that can boast a 50% female-male cabinet. Indeed, the IMF emphasizes the importance of such decisions, highlighting the point that “governments can act as a role model in promoting gender equality”.

Whilst Trudeau and Macron give reason for hope, as does the advent of Mrs May as UK Prime Minister, the concerning figures mentioned above may also. The gender pay gap has consistently decreased across every state since 1994. Moreover, OECD figures cited in the report show that the percentage of women in parliament has increased from 1997 in every G7 country, excluding Japan, with significant increases in France and Italy. Indeed, Box 3 of the IMF report makes clear the key initiatives of each G7 country. Further, the IMF makes note that all G7 members have implemented a range of policies, both in terms of tax and expenditure, to increase female labour supply.

Ultimately, whilst the figures are still a cause for concern, they provide evidence of progress and give reason for optimism. The fact that the Italian Presidency of the G7 requested such a report to be conducted can arguably be a reason for optimism on its own. How the G7 leaders respond to the report, however, is yet to be seen, especially at a summit whose agenda is almost certainly going to be dominated once again by migration and terrorism.