Spotting the Difference? The G7 and “Anti-Protectionism” 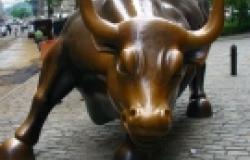 International Media Centre – G7 Taormina Summit. “Anti-protectionism” has become a buzzword. The term included in most G7 communiqués for so long is now a key term in official documents all over the world, and most researchers of trade politics scan documents looking for it, as if they were Where’s Wally? books. Some may discard this by saying it’s just rhetoric. However, given the spillovers from global uncertainties, particularly after the Brexit vote in the UK, and the advent of the Trump administration in the US, words matter. What is clear now is that people only became aware of the power of the term once they no longer heard it.

In March this year, the G20 Finance Ministers and Central Bank Governors met in Baden-Baden, Germany and failed to mention protectionism directly, despite the fact it has been included in all their communiqués since the Global Financial Crisis. While trade was originally not on the agenda at this financial meeting, it was symbolic to see this sudden reticence on trade policies to resist any concerns collectively and to commit to international cooperation. This was mainly because the meeting was the very first occasion to see Steven Mnuchin, the new US Secretary of the Treasury in the Trump administration, who strongly stuck to his line – “free and fair trade”. While the new Trump administration is still in the early stages of establishing its trade policy, it is interesting to see a degree of uncertainty. This fragility can be seen in the recent reassignment of their leading economic Sherpa, Kenneth I. Juster just before the G7 summit despite only being appointed this February.

Where are these uncertainties from both sides of the Atlantic likely to take us in the context of trade politics? So far, we are witnessing three distinct responses from the international financial institutions (IFIs), namely the International Monetary Fund (IMF), the World Bank (WB), and the World Trade Organization (WTO).

The first response from the IFIs comes collectively, entitled “Making Trade an Engine of Growth for All”, under the name of IMF, WB, and WTO economists. It is quite exceptional to see this sort of joint report from the three organisations warning that the role of trade in the global economy is at a critical juncture. While a long-standing anti-trade sentiment was evident before the uncertainties described above, the core message in the joint report sheds light on the action required to compensate those who have been left behind by recent trade activities. It is a great step forward in sustaining the importance of trade and addressing the concerns that were overshadowed by the significant benefits from trade until recently.

Second, in April, most of the same ministers and governors who met in Baden-Baden met again in Washington at the biannual meeting of the IMF. This was the second time for Mnuchin to attend an international financial conference; in the communiqué , released a week after the joint report of the three IFIs, the term “anti-protectionism” was not used. While the attendees had a tacit understanding not to touch on the ‘P-word’ in the meeting, they asserted their aim: “to achieve strong, sustainable, balanced, inclusive, and job-rich growth”. In fact, they showed their own stance of not being too reliant on the US, which can be seen in not incorporating Mnuchin’s preferred term “fair trade”. It was also noticeable that the phrase, “We welcome the Managing Director’s Global Policy Agenda (GPA)” was included. In the GPA, Christine Lagarde, the Managing Director of the IMF, declared that “protectionism and inward-looking policies are not the right response”. It was for the first time for this kind of phrase to be included in the IMF’s communique, and importantly the GPA is Lagarde’s original and independent statement, released without any endorsement from IMF members, even the US, the largest contributor to the IMF.

The third unique response to come from the IFIs is the WTO’s strong commitment toward open trade. While the Doha Round of multilateral negotiations currently stalls, Roberto Azevêdo, the Director-General of the WTO, has recently become more vocal (for example, see his piece in East Asian Forum and his brief at the APEC trade minister’s meeting). In a series of actions, the most unusual was the joint statement with Japan that was released right after Azevêdo’s visit to the APEC meeting in Hanoi, Vietnam, and stressed the importance of global trade to promote economic growth, prosperity and development. It is exceptional for a state government and an international institution to release a joint statement.

In sum, these are the primary reasons trade has been receiving attention on the G7’s agenda. The most recent G7’s finance ministers’ meeting released a communiqué stating: “We are working to strengthen the contribution of trade to our economies”. The G7 leaders will be highly tested in Taormina as to whether they can address trade issues responsibly.