The Universe Stops at Land’s End: The Parochial British Media 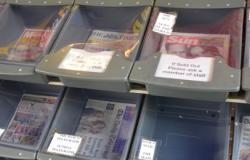 International Media Centre – G7 Taormina Summit. The adjective ‘parochial’ means ‘having a limited or narrow outlook or scope.’ In the case of the British media at the 2017 G7 Leaders summit in Taormina, it’s the perfect adjective.

At the end of the first day of the G7 Summit, Theresa May addressed the media to field questions about the summit’s proceedings and to inform them about the course of her foreign diplomacy. However, as usual, the media in the room were primarily British, and, as usual, they focused exclusively on internal British politics, seemingly oblivious to the fact that they were attending a key multilateral summit with far-reaching global implications.

The irony of this parochialism is twofold. On one hand it is ironic that no matter how many times May claims that Brexit actually launches a ‘truly global Britain’, when it comes to the British media, it seems that ‘Britain is the whole world’. On the other hand, this ‘echo-chamber’ effect is actually the product of May herself, since it is her team that largely only accredits the British media to attend her briefings, limiting the number of foreign reporters to a handful of local members of the press as a diplomatic courtesy. In this regard, parochialism fuels its own inward-looking dynamic, denying the world any real insight into the governance of the G7 or its justifications for decisions that greatly affect our lives.

In the end the only non-self-referencing, non-parochial question came from a non-British reporter, who asked a pertinent question about whether US President Trump continued to be the only G7 member not to commit to the targets of the Paris Declaration. Despite this being a truly consequential issue, the Italian journalist was the only one to broach such a subject, with the British media focused exclusively on Britain, on ‘got ya’ questions, as well as a hunger for tit-for-tat responses from May to statements made to the British media by Jeremy Corbyn.

Although the British election is imminent, and although the attacks on Manchester are fresh, it is discouraging that global issues were ignored at the G7 by the media responsible to report them. Whether it involves collective action on terrorism, responding to the 30 million deaths from African famine, mitigating climate change, sparking equitable development, responding to the refugee crisis, or promoting general global economic health – these are issues that affect the whole world, in which Britain happens to still be a member. Unfortunately this seems to have been ignored or forgotten by the British media at Taormina, which in many ways is an abdication of both its domestic and global duty.