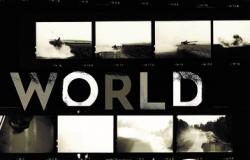 The achievement of world peace has not been a particularly high priority for world leaders and policy makers in recent years. As the tensions between the great powers, the United States and China, are increasing and conflicts from the Sahel to Central Africa and the Middle East spread, the concept of world peace appears remote and unrealistic. When UN Secretary-General António Guterres called for a global cease-fire at the beginning of the Coronavirus pandemic, few belligerents listened, and even fewer actually stopped fighting.

At this moment, Alex J. Bellamy’s book “World Peace” reminds us of the idea that an end of all wars – a dream that has inspired people for centuries – is possible because peace, like war, in the end, is a choice. He presents a well-written, enlightening, and stimulating overview of the reasons why we still go to war and sets out some clear principles that governments and individuals should follow to achieve world peace. The book traces the history and philosophy of war and peace, and concludes with Bellamy’s own proposals for a reduction of violence that must lead, step by step, to a status of peaceful coexistence.

For Bellamy, world peace is a state in which war is absent and prevented globally, and conflict managed peacefully through some form of international institutions (p. 17). He starts by showing that while the history of peace-making is as long as the history of warfare, it is much less known. Bellamy provides examples ranging from the ancient Greek scientist Pythagoras who developed a theory of universal harmony to the Italian writer Dante who, in the early 14th century, argued that peace can best be achieved through law.

More recently, individuals like the industrialists Alfred Nobel and Andrew Carnegie backed movements for world peace around 1900, which Tsar Nicholas II of Russia helped to transform into a political program. The 1899 Hague Peace Conference for example, which Nicholas hosted, was one of the first attempts to develop mechanisms to resolve conflicts peacefully. Although the initiatives failed, Bellamy shows they helped to give birth to the modern world order with institutions such as the United Nations and the International Criminal Court.

Despite these mechanisms and centuries of peace activism, however, world peace has still not been achieved. In the chapters that follow, Bellamy explains the factors that contribute to the prevalence of war. He firstly discusses human nature and the argument – most famously put forward by Thomas Hobbes – that the “condition of Man […] is a condition of warre of everyone against everyone.” Bellamy, however, argues that humans are not violent by default, and that war is a social phenomenon rather than a biological reality (p. 57). Biology, archeology, and anthropology suggest that humans learned to resolve conflicts and build societies, in parallel to using violence to achieve their goals.

He identifies three other reasons why war persists: first, the structure of our societies, which are divided into factions and built on group membership, from families to political parties and nation states. These divisions create conflict between groups and lead to the paradoxical outcome that the bonds create harmony within, and at the same time conflict between societies (p. 74). Secondly, wars are fought because they are seen as a useful way to achieve one’s objectives (p. 83). Although war usually benefits the few and creates more losers than winners, a sufficient number of people assume it will help them to increase their material gains, protect their people, or spread their ideas. The third reason why wars are still prevalent is their contagiousness, Bellamy writes. Societies develop military capabilities to defend themselves against other groups, which creates the “security dilemma”: while protecting themselves against war, they make it more likely (p. 91). Bellamy, therefore, interestingly concludes that pacifism would not lead to world peace: as long as humanity produces leaders like Hitler and Stalin, it is not sufficient to lay down the weapons completely (p. 95).

In the second part of the book, Bellamy outlines the foundations on which world peace could be built: the modern state, a different attitude towards war, and an end to the romanticization of war. Modern states have been effective structures to prevent the outbreaks of civil war among people and – overall – made the world more peaceful. When they fail, war can be the result. According to Bellamy, much of the violence and many of the conflicts today can be attributed to failing or failed states (p. 120).

Since states are not only effective structures to achieve peace, but also to wage war, something in the relationship between states and their peoples has to change, too. Wars are fueled by extreme emotions of enmity towards the other, often instigated and exploited by a country’s rulers, such as in 1914 when millions of people volunteered to fight in World War I. Bellamy argues that the passions that motivate people to go to war need to be countered with an expansion of the horizon from the local to the global: the understanding that there is a shared humanity and identity as humans.

Moreover, he writes, societies need to get a true sense of the horrors of war. The public’s perception of war, based on news reports and Hollywood movies, needs to be corrected. Bellamy’s thought builds on the writings of Virigina Woolf, H.G. Wells, Susan Sontag and others, who reasoned that people would be less likely to support wars if they knew how it really felt.

In the last chapter, Bellamy presents a peace program consisting of ten prerequisites and requirements, similar to Immanuel Kant’s suggested path to “Perpetual Peace”. In six preliminary articles, he highlights the need to manage the relations between states, for example by strengthening international law. His three definitive articles relate to the relationship between individuals and the state, such as the right of citizens to refuse military service. The additional imperative article emphasizes the responsibility of individuals to act, for example by supporting peace movements.

Bellamy’s proposed program suggests that there is no single solution, but that world peace can be achieved through the commitment of various actors who take individual steps to peace. These “minor utopias” imply that the path to world peace is not one giant leap, but a cumulative process of small steps – an approach that makes the project of world peace less utopian than it appears. While some of the preliminary, definitive and imperative articles – the core of the book – leave questions as to how they could be put into practice, the book as a whole is comprehensive, accessible, and at times even poetic. It is an inspiration for everyone concerned with the practices of war and peace.

Benjamin Duerr is an international lawyer and political scientist. He has worked on conflicts, peace, and multilateralism in government and the non-profit sector, including for the foundation of Nobel Peace laureate Denis Mukwege. As an award-winning journalist he has reported extensively on war and peace from around the world.