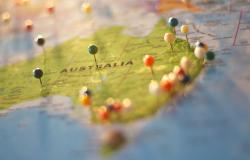 Brian Stoddart explores why Australia is eroding 50 years of relationship building with China.

Amidst the COVID-19 crisis that has gripped Australia along with the rest of the world, the Scott Morrison-led Liberal-National coalition government announced it was supporting in full Washington’s view that China’s position on the South China Sea was “illegal. In the normal course of global events that might have been interesting if scarcely news breaking. But it was now explosive in the context of Australia’s ongoing attempts to position itself as a middling global power.

Like America, Australia began its re-engagement with China in the early 1970s and, since then, the PRC has become by far Australia’s most significant economic influencer. In short, Australia’s economic health depends on its relationship with China. And that breaks down further. The state of Western Australia, for example, is even more dependent on China, led by the export of iron ore but supported by agricultural and food exports. Western Australia depends almost totally on China, and especially so during this COVID-19 pandemic.

So the federal government’s condemnation of China’s geopolitical stance ramped up at precisely the time when Australia’s economy was at its most vulnerable. And there were already signs that China was pushing back.  A little earlier, for example, China announced an investigation into what it thought constituted the dumping of Australian barley into its massive and lucrative brewing industry. That issue arose first almost two years earlier, hence the view in some quarters that this escalation by China was both pointed and serious.

That view was strengthened shortly after the South China Sea announcement when China began investigating the alleged dumping of Australian wine in the PRC. To the outside world that might seem inconsequential – but Australia exports more than $1 billion of wine to China annually, with the market growing exponentially. And just to underline the point, the potential impact is even greater for a state like Western Australia where barley and wine are two of its major export items.

Remember, too, that since 2015 the China-Australia Free Trade Agreement has supposedly reinforced the cooperative and collaborative nature of trade between the two economies.

In short, then, Canberra has escalated a diplomatic row of epic proportions with Beijing at the very time the national economy, dependent on China, is at its most vulnerable. The obvious question, then, is why?

The common kneejerk response suggests that the Morrison government is more USA-oriented than previous ones, that the “alliance” has endured since World War II and the struggles in the Pacific, and that the present doubling down is consequent upon China’s increased danger to the world.

There is considerable substance to that outlook, in its broader senses. For example, Australia’s recently announced new defence strategy position has, in the eyes of many, placed China right at the heart of its risk analysis.  And it is useful to point out that the Australian Labor Party, in parliamentary opposition, adopts much of the same view held by the government.   Some of that, at least, stems from a series of embarrassing blunders on China by ALP politicians, like the most recent Moselmane “affair” but, in the main, the ALP has not strayed too far from the narrative.

Australian business and their lobby groups reliant on China have been more outspoken. That has come from leaders and groups based in China, notably, but also from local leaders. Many of the latter, however, it has been claimed,  have been stared down by a government that is normally very keen to accommodate “the top end of town”.

So while there is substance to the “kneejerk” explanation, there is obviously something else going on here, and the shorthand for that something is what might be described as an “ideological shift” in the Australian political landscape.

Put bluntly, that new defence strategy position and its broader context emanates from an increasingly antagonistic position being taken towards China by an increasingly influential group of politicians, think tanks and the media.

A prime example is former military officer (and SAS commander who served in Afghanistan) turned Liberal MP Andrew Hastie who, although in Federal Parliament only since 2015, is now Chair of the Parliamentary Joint Committee on Intelligence and Security, from which position he has launched a series of attacks on China and its role in the world. It is not entirely clear what his constituents in the Western Australian seat of Canning think of all this as they watch the state’s China-dominated economy being placed at risk.

Among Hastie’s allies in the anti-China campaign is the now thirty two year old Senator James Paterson who entered parliament at twenty eight following business and arts studies at university, work for a free market conservative think tank and for other Liberal politicians. He is, then, the modern career politician often derided for being divorced from reality.

Paterson and Hastie are the faces of an emergent Tory strand within the Liberal Party and, among other things, have been vehement critics of Australia’s university system, running the old trope that all academics are lefties so, by definition, cosying up to China. This has been allowed to run mostly unrestrained by government leaders, in part because of sympathy for the view and in part because of factional political reckoning (remember: Australia’s political scene in recent years has been toxic).

An important consideration here is that this anti-China, anti-intellectual push is backed by major media outlets, notably Rupert Murdoch’s The Australian, as well as think tanks like the Australian Strategic Policy Institute (ASPI). It’s claims of “independence” stand challenged by the slew of major international defence contractors listed among its sponsors. At least part of the overall funding comes from the Department of Defence in Canberra while the organisation’s director is a former Defence senior official.

ASPI has been prominent in the public China-bashing both directly and indirectly by way of its support for other critics. In recent years that criticism has focused on Australian universities for their work with China by way of Confucius Institutes, joint programs and, more recently, joint research where China now provides the highest number of international partnerships. Critics from ASPI and their associates like Clive Hamilton have been vitriolic, and that has fed the work of people like Hastie and Paterson who have also become university bashers.

It is no coincidence that, currently, the government is shepherding through parliament new legislation that changes university funding dramatically, including more than doubling the tuition fees to be charged for an arts degree. That comes on the back of a “freedom of speech” concordat being thrust upon the universities, and the exclusion of university staff from “job saver” schemes raised to withstand the COVID-19 onslaught.

If anything, the Morrison government is facilitating all this widening China criticism. Late last year it emerged that two of Morrison’s own inflammatory speeches (including one on China) were neither vetted nor seen by the Department of Foreign Affairs and Trade (DFAT) whose Secretary, Frances Adamson (a fluent Mandarin speaker) confirmed the situation at a parliamentary hearing.

None of this looks accidental or coincidental, and with DFAT now also having its funding decreased by the government so that even diplomatic posts in the so-called important Indo-Pacific region are being slashed, the outlook becomes even gloomier. China is being targeted, so are those who see ongoing and future engagement with that country necessary and important. The US Alliance is seen as a key to the future even as the American state is stumbling, and much of the work done over the past thirty years to see better Australian engagement with Asia is being undone, not the least by a savaging of the university sector that has led the way in understanding Asia.

And, as I write, Prime Minister Morrison has introduced legislation that will provide him with the power to veto any agreement made by state or local governments in relation to Belt and Road initiatives with China.

This all comes across as shoddy statecraft, at best. Even the most ardent of China watchers would accept that there are aspects of Chinese policy that need to be considered and even challenged – but this outright rejection of anything Chinese is destructive. It also looks divisive to the point of being racist: American bases have operated in Australia for years, for example, but a Chinese presence in Darwin is seen as state-threatening.

As Ryan Hass pointed out (and the Trump administration has ignored), there are some very simple ways in which any bilateral relationship might be managed in a nuanced way. The Australian government’s approach, really, has been to treat its relationship with China on a “take it or leave it” basis, and that defies the logic of international relations 101.

It is simply foolish to disengage with China, perhaps even more so to not negotiate (from an increasingly weakening position) adequately on matters of key economic significance to Australia, and to effectively force regional partners towards a position where they have to choose China or Australia. For almost all those partners, the choice can be only China.

If so, that leaves Australia where it was, say, fifty years ago before the reconnection with China began.

Brian Stoddart is Emeritus Professor at La Trobe University in Melbourne, Australia where he served as Vice-Chancellor, a higher education consultant internationally, a regular commentator on global issues, cruise ship lecturer, and a crime fiction writer. Brian is also a Non-Executive Director of a company registered and listed with the Hong Kong Stock Exchange.

Photo by Catarina Sousa from Pexels