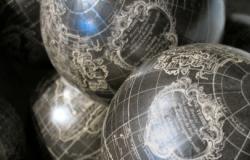 Sherri Goodman, Caitlin Werrell, Francesco Femia and Shiloh Fetzek argue that due to advances in our ability to predict unprecedented risks states have a combined ‘Responsibility to Prepare’.

The current world order brings together sovereign nation-states as participants in a web of international and regional security institutions. This current world order is experiencing great uncertainty in the face of rapid climatic, technological and social change, as well as a growing capacity to reduce uncertainty by more accurately foreseeing unprecedented changes. A main feature of the 21stcentury is the ability to harness scientific and technological tools to better predict, monitor, and prepare for a range of plausible future scenarios. However, heightened predictive capacity does not, by itself, lead to preparedness. The leaders of nation-states, and of the institutions that underwrite international security, must have compelling rationales for preventing and responding to these risks in a responsible fashion – rationales that can help them transcend local political and economic pressures. Unprecedented phenomena with potential for global disruption, climate change in particular, present one such rationale.

In the face of rapid climate change, as well as other social, demographic, and technological changes, nation-states and intergovernmental security institutions have a responsibility to use their enhanced predictive capacities to manage and minimize risks. This combination of “unprecedented risk” and “unprecedented foresight” creates the strategic imperative for a Responsibility to Prepare – a responsibility to build a resilient global system against a more reliably foreseeable future, while also creating a buffer for those risks that we still cannot imagine. A failure to meet this responsibility could significantly strain the viability of state sovereignty and the international system built on it.

This responsibility builds on hard-won lessons from the Responsibility to Protect doctrine for preventing and responding to mass atrocities, which lays out means of using mediation, early warning systems, economic sanctions and, as a last resort, UN Security Council-authorized use of force, when civilian populations are at risk of mass atrocities. A Responsibility to Prepare requires a reform of existing governance institutions to ensure that critical, nontraditional risks are anticipated, analyzed and addressed robustly and rapidly by intergovernmental security institutions and the security establishments of participating nations.

A Responsibility to Prepare agenda should be developed and adopted by all nations, while adhering to the overarching principle of “climate-proofing” security institutions at international, regional and national levels – essentially incorporating climate resilience into the international security architecture. As climate change constitutes a foreseeable international security challenge, and multiplies other security threats across the world, an international agenda that addresses its security implications can help inform governance reforms for managing other related risks. These reforms should include the following principles:

-          Mainstreaming:   Mainstreaming climate security could range from including climate considerations in security and intelligence decision processes within security institutions to consistently holding forums on the subject. At the UN Security Council, for example, a commitment to regular Arria Formula dialogues or other informal modes of conversation, as well as annual resolutions for addressing critical climate and security hotspots (such as the recent Lake Chad resolution) would help ensure that the issue is resilient to changing political winds.

-          Institutionalization: At the international level, institutionalization could involve establishing semi-independent “Climate Security Crisis Watch Centers,” staffed by expert analysts and issuing regular recommendations to the UN Security Council. The centers could be new structures or integrated into existing early-warning systems, and could be replicated at regional or national levels.

-          Elevation: Elevating such issues within governing bodies is critical for ensuring preparedness. Within the UN system, for example, the establishment of a senior Climate Security position, reporting directly to the UN Secretary General and communicating regularly to the UN Security Council, would go a long way toward ensuring that these issues were heard at the highest levels.

-          Integration: Climate change affects the whole security landscape, and cannot be siloed. Integration could involve embedding climate and security analysts across issue siloes within governments and intergovernmental institutions, or creating interagency structures to facilitate such integration.

-          Rapid response: Developing scaled warning systems that identify long, medium and short-term risks, and that include clear “triggers” for emergency action on climate and security, would help ensure that foreseeable events are acted upon with commensurate levels of urgency. This is particularly important for low probability/high impact risks, and creating a governance capacity to prepare for “unknown unknowns” or “black swans.”

Such an agenda – focused as it is on reforming security institutions – would ensure that critical, nontraditional challenges are appropriately managed as global security risks, rather than niche concerns.  A practical fulfilment of the goals and principles articulated in this Responsibility to Prepare framework would increase the likelihood of a more stable global governance systems in the face of rapid but foreseeable change. However, the window of opportunity to strengthen global governance in a significantly altered geostrategic environment is narrowing. Delaying action may result in diminishing returns, and, in the worst-case scenarios, difficult and potentially inhumane choices in the face of continued strains on natural resources and political will. This scenario is preventable.

Whether the response to climate risks from the international security community will be commensurate to the threat remains to be seen. However, in the 21st century we cannot lean on the excuse that we did not see the threat coming. We do see it coming. That foresight makes the Responsibility to Prepare a strategic imperative.

Sherri Goodman is a member of the Center for Climate and Security’s Advisory Board and Senior Advisor for International Security. She is also a Senior Fellow with the Wilson Center. Prior to this role, she was CEO and President of the Ocean Leadership Consortium, and Senior Vice President, General Counsel and Corporate Secretary of CNA. From 1993 to 2001, she served as Deputy Undersecretary of Defense (Environmental Security). She is a life member of the Council on Foreign Relations and serves on a wide range of boards and working groups, including the Alliance Commission on National Energy Efficiency Policy, the Joint Ocean Commission Leadership Council, and the Responsibility to Protect Working Group co-chaired by former Secretary of State Madeleine Albright.

Caitlin Werrell is Co-Founder & President of the Center for Climate and Security, and Co-Chair of the Climate and Security Advisory Group.She has experience in international and domestic climate and water policy, including as co-founder of the MAP Institute for Water & Climate, a Senior Associate at AD Partners, and as Director of International Programs at EDN. Her primary research interests include climate change, water policy and international security. She has spent over a decade investigating the intersection of security, natural resources, conflict and cooperation.

Francesco Femia is Co-Founder & President of the Center for Climate and Security, and Co-Chair of the Climate and Security Advisory Group (CSAG). He previously served as Program Director at the Connect U.S. Fund, where he directed programs ranging from international climate policy, to mass atrocity prevention and response. He has over a decade of experience conducting research and policy development on the intersection of climate change, national and international security.

Shiloh Fetzek is Senior Fellow for International Affairs at the Center for Climate and Security. She previously led climate security research projects at the International Institute for Strategic Studies (IISS) and the Royal United Services Institute (RUSI) in London, and was Senior Research Associate for Environment, Climate Change and Security at International Alert. Ms. Fetzek’s research interests include the social and political repercussions of rapid, large-scale ecological change and their interplay with other drivers of insecurity, including demographic dynamics.