Hegemonic Masculinity: How the Dominant Man subjugates other Men, Women and Society 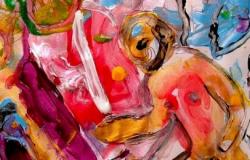 To create a fairer society, Francesco Maria Morettini calls for public discussions over how certain types of behavior associated with dominance and power create inequalities within and between genders.

From their inception, feminist theories have fought against the social domination of men over women. One of the central tenets of the feminist movement is that the reproduction of masculine domination within society impedes the achievement of full equality between genders. Gender oppression and inequality take different forms throughout the world; and are especially pronounced in the ‘global south’, where the subjugation of women by men across the social-economic spectrum is widespread. However, conceptualising gender oppression in these terms may be misleading, as it fosters a false impression based on the understanding that ‘man’ is a unified category that necessarily subjugates the other ‘uniform’ category of ‘women’. This is far from the truth. Studies focussing on intra-gender inequality (especially in relation to men) demonstrate that there exist numerous forms of plural masculinities, which give birth to relations of domination not only between different genders, but also within the same gender category.

The concept of hegemonic masculinity allows us to understand how the presence of plural masculinities generates hierarchical domination not only between men and women, but also between men themselves. Initially formulated in the 1980s to shed light on a series of practices that promoted the favourable social condition of men over women, the concept of hegemonic masculinity is premised on the existence of a dominant form of masculinity. All men position themselves in relation to it, and therefore internalise personal codes of behaviour that contribute to its reproduction. The pressure to conform and relate to this ideal dominant masculinity perpetuates this structure of gender-biased hierarchy in society.

Obviously, the type of hegemonic masculinity that dominates social hierarchies has different characteristics depending on the community in which it is embedded. Nevertheless, it displays common features throughout different geographical and historical communities. A popular definition of the concept has been ‘an idealised, dominant, heterosexual masculinity, constructed in relation to women and to subordinated masculinities, and closely connected to the institution of marriage’ Any man that aspires to embody this masculinity must display aggressive and violent behaviour whilst restraining the flow of vulnerable emotions. He should also exhibit strength and toughness, and be competitive and successful. Finally, and most notably, the dominant man should be heterosexual.

An exemplar of such perfect dominant masculinity seems not to exist; however, as men strive to achieve it, they create different forms of masculinities that generate a social hierarchical structure that exerts profound effects on society. All men are subject to a social pressure to conform to the dominant ideas of being a man; those who do not, are typically subordinated and socially marginalised. This happens, for instance, to those that identify as LGBTQ+, or those that are labelled as ‘effeminate’. As a consequence, a range of gender forms and sexualities that are not ‘dominant’ are subordinated.

There are also many other, more subtle consequences. For the individual, the necessity to hide one’s emotions may lead to psychological distress during life. LGBTQ+ individuals, for instance, experience difficulties in coming to terms with their nature since they fear rejection of their personal gender identity. Being oneself thus becomes a conviction to inferiority and to everlasting social exclusion. Moreover, the marginalisation of those that diverge from the dominant gender stereotype gives rise to social conflicts, from bullying in schools to anti-gay rights movements. This reduces the quality of life and impedes human development since it disempowers people by relegating them to the margins of the social group.

The effects of the presence of hegemonic masculinity are then translated to the institutional, legal, political and economic spheres of society which perpetuate the inequality between and within genders. In many countries, for instance, gender pay gaps and glass ceilings between women, minorities and men are still present; or rights for LGBTQ+ people have not yet been introduced. Furthermore, expectations regarding the social role of a man can lead to the perpetuation of gender-biased social roles that impede innovation, since men and women have to fit the roles that are socially assigned to them. For example, up to a few decades ago, being a man in Ireland meant to either become a priest, or a hardworking family man. The lack of life options and choices drastically reduces the degree of individual freedom in deciding the life one has reason to value. Hegemonic masculinity, therefore, produces far-reaching effects on society, harming social equality and human development.

How to tackle the oppressive effects of inter and intra gender hierarchies? There is no easy answer. Hegemonic masculinity is arguably a global phenomenon that takes place across various social levels in different societies. Hegemonic masculinity affects international relations, domestic politics, military practices; education and sport; corporate governance and the emergence of transnational business masculinities, just to give a few examples. It operates on three levels: the local (family, community, and local culture); the regional (the nation state and the culture embedded in it) and the global (influencing the transnational areas of politics, business and media). Efforts to promote gender equality and a de-hierarchisation of the gender system need to take this into account, and operate on these three levels.

Numerous institutions and organisations throughout the world are seeking to empower women and the LGBTQ community, therefore encouraging gender equality. Women’s organisations such as UN Women, The Girl Effect, Girls not Brides and Half the Sky all aim at ending women’s economic, cultural and social oppression. LGBTQ organisations such as ILGA and Global Action for Trans Equality seek to promote LGBT and intersex rights, with the ultimate aim of demolishing those hierarchies that see the heterosexual man as superior to all other forms of masculinities.

Tackling hegemonic masculinity entails putting a stop to the development of stereotypical, socially constructed differences between male and female. This form of gender socialisation perpetuates dominance and subordination between and within gender roles. The first step is to recognise the effects that hegemonic masculinity produces on society. By understanding them, we can change our society, favouring the emergence of a true, full equality between and within genders.

The cogency of the theory of hegemonic masculinity resides in its conception of man. The domination takes place not only between genders, but even within them. The problem is, therefore, not man per se, but certain types of behaviour associated with dominance and power. Men face gender-related problems, just like women. This creates a bond of mutual understanding and solidarity between men and women, which could generate a renewed awareness on gender perceptions. A solution could be the promotion of public reasoning processes and debates regarding the effects of marginalisation and disempowerment generated by hegemonic masculinities. In this way, men will play an active role in theories of gender and development along with women, contributing to making society fairer.

Francesco Maria Morettini is an MPhil Graduate in Development Studies at the University of Cambridge. He is also an intern for Global Policy, and a research panellist at Cambridge Anti-Trafficking Panel and Cambridge Reprieve.