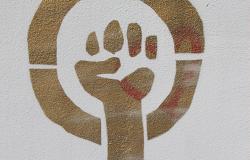 After World Forum for Democracy talks about creating safe spaces in cyberspace, we asked five delegates this difficult and pressing question.

How to create safe spaces in cyberspace was one of the questions discussed at last week's World Forum for Democracy at the Council of Europe in Strasbourg, France. But what would a feminist internet really look like? After the discussion, we asked five delegates for their views.

I think a lot of people do a wonderful job [trying to create safe spaces online] but it’s very hard to get funding and support because sometimes mostly male organisations don’t want to support the work because it gives women too much power.

Digital access is the biggest issue for me… We know in Northern communities and in rural communities it is much harder to [access] information, and access the internet, and in terms of education and being able to have a stronger voice within democratic and civic institutions and conversations, access to the internet proves to be a big issue for a lot of marginalised communities or countries with less access to global voices and the internet.

But also when we’re talking about global movements like #WeBelieveSurvivors and the #MeToo movement, we need to be more conscious of recognising the internet and websites like Twitter and Facebook as tools we can use to further our causes, and not necessarily credit these social media corporations for feminist work that’s been happening over ages.

And I think in the age of #MeToo, what we lose is the fact that it was a black woman [Tarana Burke] who was doing on-the-ground work who started the movement.

A feminist internet, for me, would look like an internet where everybody feels safe, regardless of gender, nationality, ethnicity… to participate, to express, to share information. And also that if you feel harassed, you can go somewhere to report [it] and it’s taken seriously and you get a quick response. Of course sometimes there are conflicts of opinion, conflicts of interest – and that should be fine, but this should be shared in a safe way for everyone.

A feminist internet, for me, would look like an internet where everybody feels safe, regardless of gender, nationality, ethnicity… to participate, to express, to share information. And also that if you feel harassed, you can go somewhere to report [it] and it’s taken seriously and you get a quick response. Of course sometimes there are conflicts of opinion, conflicts of interest – and that should be fine, but this should be shared in a safe way for everyone.

I am a human rights educator and I’ve been doing trainings focused on gender equality and one of the workshops was actually focused on how to turn memes into something educational and something that benefits women, educating [people] on what women want and so on.

I believe that a feminist internet would necessarily be a safe space for women, which it’s not right now. But instead of saying ‘okay, memes can create more unsure spaces for women’, I wanted us to work on how we can use the memes to actually turn things [around]. We’re piloting this, so it was nice to have this friendly vision of ‘okay, memes can work like that’, can be thought through, can be documented, can make a campaign – including for feminist and gender equality campaigns. It was exciting to look at it from a different perspective.

I run a feminist organisation in Spain. I really don’t know how to create a safe space [online], because the internet itself gives you the power to be anonymous and you have a free space to harass people. I know that, in Spain, there are many feminist activists who have been harassed about their appearance, their dress… There is a kind of impunity to this. Maybe we can make specific laws to protect feminists, all activists… but I think the most vulnerable are women and feminist women. I think it’s the government’s responsibility [to address this].

Sophie Hemery is a writer and freelance journalist. She is a feminist investigative journalism fellow with openDemocracy's 50.50. Follow her @Sophie Hemery.

Ban this book! A review of Daniel Markovits’s “The Meritocracy Trap”

When Women take their Place as Leaders, Economies and Societies Thrive