On Populism, Nationalism, Babies and Bathwater 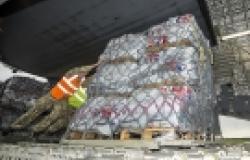 Ducan Green shares some thoughts on recent discussions over how the aid sector should repond to the rising tide of nationalism, populism, and attacks on aid.

A couple of Oxfamers were over from the US recently so ODI kindly pulled together a seriously stimulating conversation about life, theuniverse and everything. More specifically, how should ‘we’ – the aid community broadly defined – respond to the rising tide of nationalism, populism, and attacks on aid. It was Chatham House rules, so I’ve already told you too much, but here are some of the highlights:

North v South: The traditional focus of international development NGOs has been the ‘Global South’ (although North-South distinctions have become increasingly dubious). Should that now change? Some people stressed that we need to focus more on politics in the North, both because the risks to progressive values that we used to consider the consensus are now very real. In the UK ‘the winning side (on Brexit) is starting to change the minds of the losing side’ – people who weren’t bothered about immigration before now accept that it is ‘an issue’. ‘Ethics are like a muscle – they have to be exercised regularly or they will atrophy’.

There is also an instrumental argument: ‘we need to invest in the North, or we’ll lose the ability to have impact in the South.’ Specifically ‘we need to spend less time on policy and more on shaping public debate.’

In addition, maybe the current turmoil could provide the ‘window of opportunity’ to do more to refocus the long term agenda on promoting local control, stewardship, ownership etc, including giving higher priority to domestic taxation and the social contract between citizens and state.

Universalism v Nationalism: I was struck by how many people take the SDGs seriously as a symbol that we have moved beyond North-South to universalism, in which issues like rights, inequality and climate change are truly shared. But there was some fascinating scepticism in the room about how far ‘we’ can shift to a truly universalist approach. ‘Aren’t we part of the 1945-2015 consensus (on the division of the world into North and South)? Don’t we just need to get out of the way and let a new generation of people and organizations move towards universalism?’ That resonated with me, because I have seen just how hard it is for NGOs to move beyond a North-South frame in which the people we help are hungry, rural, oppressed and a long way away.

Oxfam has been about to go urban since the late 1980s, according to successive strategic plans (thanks John Magrath for doing the digging on that!). It is very hard for development organizations to start working on shared agendas on tobacco, road traffic or obesity, however important they may be, simply because they fall so far outside our traditional narrative of what matters in developing countries.

Hug Populism, reject it or prepare for its collapse? ‘We have fundamentally miscalculated our fellow citizens’ in assuming a progressive consensus existed on at least some issues. What next? First, there is a risk of over-reacting – people have multiple identities bubbling away, and at different times, different ones come to the fore. We should still appeal to the better angels of people’s natures because those angels are still there.

But is it better to respond to rising nationalism by engaging with it, trying to understand it better, building bridges with some elements within it etc, or is that a fool’s errand in which we are forced to abandon principles and cross red lines with very little to show for it? Elements of the progressive agenda (inequality, industrial policy) feature in the populist rhetoric (if not their practice) so should we try and reclaim them for the progressive cause or pick other battles? In any case, what if the populist tide is peaking, shortly to come crashing down amid economic and political chaos? If so, wouldn’t it be better to start preparing messages, alliances, ideas etc in advance so that we are as ready as possible for that historical critical juncture when it comes?

Aid: and then there’s aid. We met the day after President Trump recommended a 28% cut in US aid, so

understandably we kept coming back to it. People contrasted 2015 and 2017. 2015 = an illusion of consensus, everyone debating the content of the SDGs; an ‘end of history’ moment when all that was required was better data. Fast forward two years and there is a ‘relentless assault’ on both sides of the Atlantic. When aid gets attacked, out of both self interest and commitment to the aid project, aid organizations spring to its defence. But isn’t that one reason why they are the wrong ones to lead on universalism? And anyway ‘whenever we try and move ‘beyond aid’, we do so by doing things through aid’. Ouch.

Overall, I was left confused and concerned (doubtless the mark of a good conversation). Concerned that the development community could jump into current northern battles on populism, Brexit etc not primarily because doing so is vital to helping the world end poverty in the long term, or because the issues that matter have suddenly become universal, but because the values of northern activists push them to get involved for personal reasons. If that happens, we risk forfeiting our legitimacy, which in the eyes of northern publics and policy makers is rooted in our links with and understanding of events in the South. And what do we gain if ‘Going Northern’ doesn’t add much to the existing progressive forces in the North?

And although many issues like equal rights, inequality etc are universal, some things (like famine) are not. There are still huge differences between rich and poor people and countries, and that matters. Take fragile and conflict–affected states – you simply can’t equate what goes on in rich countries and events in places such as Yemen or Somalia: perhaps unfortunately, they are the likely future of the aid industry, simply because more stable countries will graduate through a combination of growth, poverty reduction and rising taxation. Whatever we do in the North, we need to ask ourselves whether it is relevant and helpful to the communities in those places. If the answer is ‘not really’, we should worry about that.

I’m now stuck in a global confab of Oxfam big cheeses on similar subjects – will report back on anything new that emerges.

This post first appeared on Duncan Green's from Poverty to Power blog.

A Response to Branko Milanović's: “Degrowth: Solving the Impasse by Magical Thinking”