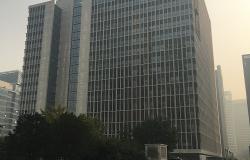 The world is in urgent need of infrastructure investment, particularly in emerging markets and developing countries. Numerous studies have documented the huge gap between current investment levels and what is required to install the reliable and sustainable transportation, energy, water and communication services essential to create opportunities, build better lives and stabilize the global climate.

Two new multilateral development banks launched operations at the start of 2016 to respond to these challenges: the Asian Infrastructure Investment Bank (AIIB) and the New Development Bank (NDB). Their creation represents a momentous shift in the developing finance landscape. Countries that were until now on the receiving end of development aid are now building new financial institutions, and doing so within a cooperative multilateral framework. This is an extraordinarily hopeful development for the future of global cooperation.

A recent study supported jointly by the Inter-Governmental Group of 24 and Boston University’s Global Development Policy Center assesses the performance of AIIB and NDB in their first four years of operations. The study finds that both banks have gotten up to speed with remarkable rapidity, designing operational policies and administrative procedures, building out their staff expertise and ramping up operation financing. At the same time, AIIB and NDB are charting different paths that will have important implications for their future role in the international development finance landscape.

AIIB is in many ways following the model of the World Bank and major regional multilaterals, but with China in the leading role instead of the U.S. China has just over 27% of voting power, meaning it has effective veto over major changes like membership and capital structure. By end-2019, 75 other countries had joined AIIB, including Switzerland and five of the G7 nations (excluding the U.S. and Japan). Collectively, non-borrower countries have about 26% of the vote. Evidence indicates that while China has exerted a strong role in shaping AIIB, it has been willing to compromise with other members on key issues such as environmental and social safeguards, project oversight and quality standards. AIIB President Jin Liqun has been very active in establishing the bank’s presence in the international arena, and AIIB has hired well-respected development finance experts to top management positions. Compared to the other major multilaterals, AIIB’s administration and decision-making procedures are more streamlined and less bureaucratic.

Source: AIIB website, “Members and Prospective Members of the Bank”, accessed 10 January 2020. Note: “Traditional borrowers” and “Traditional non-borrowers” are classified according to countries eligible and ineligible for World Bank lending as of 2019.

NDB has taken a different approach. Thus far only the five “BRICS” nations of Brazil, Russia, India, China and South Africa have joined as members, despite NDB’s announced intentions of expanding. The five members all have exactly equal voting shares, and even when new members join, the BRICS will retain considerable authority over major policy decisions, administrative posts and the project pipeline. This governance arrangement has the virtue of equality among the BRICS, which is in sharp contrast to the governance of AIIB and other major multilaterals. However, it could hamper the decision-making process and be a disincentive for non-BRICS countries to join. The fact that the BRICS nations have by statute divided up NDB administration among themselves also runs the risk of politicizing bank administration. NDB’s loan approval process is even more streamlined than at AIIB, although unlike AIIB it has begun setting up offices in member countries beyond its headquarters.

Both MDBs have ramped up project approvals quickly over their first four years of operations (Figure 2). NDB initially began more slowly than AIIB, but has accelerated approvals more quickly, particularly in 2018 and then decreasing slightly in 2019. By end-2019, NDB had approved a total of US$15.3 billion vs. US$11.7 billion by AIIB. However, NDB disbursements are considerably lower than AIIB, which could indicate that NDB is approving projects that are not fully ready for implementation. NDB management indicate that this is because it has prepared most of its projects on its own, whereas AIIB has co-financed many of its early projects with other multilaterals.

Through end-2019, NDB had approved just under 30% of its loans to China and India each (Table 1), with substantially less for Russia, South Africa and especially Brazil. AIIB’s approved loan portfolio is much less concentrated, with approvals distributed across 20 countries as of end-2019 and a further 13% of approvals dedicated to funds investing in multiple countries across Asia. India is by far the largest recipient of AIIB approvals thus far, although AIIB management indicated that it will seek to improve portfolio balance moving forward. Early lending patterns do not suggest that China is using either bank to directly support its Belt and Road Initiative, although this could change going forward. Both banks have almost entirely funded infrastructure projects, in line with their strategic goals. AIIB has lent mainly to government borrowers, but is moving aggressively to engage with the private sector. This includes setting up several innovative fund arrangements, such as a climate bond fund with Amundi, Europe’s largest asset manager, and a facility to securitize sustainable infrastructure loans from commercial banks with Singapore’s Clifford Capital. NDB, on the other hand, has lent almost exclusively to governments and state-owned enterprises, with only three private sector loans by end-2019.

Both AIIB and NDB have emphasized their intention of being “green” banks and supporting “sustainable infrastructure”. While this rhetoric is highly commendable, neither bank have clearly explained precisely what it means, or followed it up with firm definitions and operational targets. The early indications are positive, with AIIB and NDB approving 50% and 60% of operations, respectively, to projects that can be classified as sustainable infrastructure in their first four years of operations (Figure 3).[1] In the energy sector, NDB approved an impressive 74% of energy loans through 2019 to renewable energy projects, with an emphasis on solar and wind. AIIB is less focused on renewables thus far, with about 35% of energy sector approvals for renewable energy sources through 2019—similar to the World Bank’s 37% of energy sector lending to renewables in 2017. As with the other multilaterals, neither AIIB nor NDB have ruled out supporting coal or other fossil fuels, but have said they will work to shift countries from coal to natural gas.

Source: Based on MDB project descriptions and following methodology of Bhattacharya et al. (2019).

NDB and AIIB have taken different approaches to environmental and social protection issues compared to existing multilaterals, and compared to one another. NDB prioritizes the use of a country’s own legislation and regulations, and will only intervene with additional requirements in cases where it considers the national framework to be inadequate. AIIB, on the other hand, has implemented a set of “safeguard” policies similar to those of the World Bank, although less prescriptive and with a degree of flexibility more in tune with the views of borrower countries. Both approaches have the potential to help shift the long-running debate on these conflictive issues in the broader development community, but doing so will critically depend on how policies are implemented. The lack of transparency by NDB on these issues—even not following its own policies on information availability—is a worrying sign.

The fact that China and a group of other emerging nations have dedicated their time and resources to lead the creation of the AIIB and NDB indicates that they see cooperation in a multilateral framework as the best way to address global challenges. In a geopolitical context where international cooperation is under pressure, this is a welcome development. Both banks have begun operations very quickly and appear to be on sound financial footing. At the same time, the early years of AIIB and NDB have highlighted several governance and operational weak points, and the two banks should consider reforms to better position themselves to achieve the development goals of their founders.

[1] The sustainable infrastructure classification is based on a methodology from “Aligning G20 Infrastructure Investment with Climate Goals and the 2030 Agenda” by Bhattacharya, Gallagher, Muñoz Cabré, Jeong & Ma (2019).

Chris Humphrey is Senior Scientist at the Swiss Federal Institute of Technology's Center for Development Cooperation (ETH NADEL) and a Research Associate at the UK's Overseas Development Institute. He has consulted on numerous projects related to development strategy and policy for multilateral development banks and OECD governments. Prior to his current position, Chris worked in operations at the World Bank (2001-2009) and as a journalist based in Mexico City (1995-2000). He has a PhD in International Development from the London School of Economics (2013) and a masters degree from Johns Hopkins School of Advanced International Studies (2001).