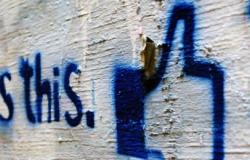 International Media Centre, G7 Taormina Summit. On Wednesday 24 May, less than 48 hours after a man with suspected Islamic fundamentalist links detonated a bomb at Manchester Arena killing 22 people, the New York Times published an article on the atrocity. Far from being speculation or a report of the horrific events that took place, it contained detailed images taken by British forensic authorities of the mechanism used to detonate the device, which were passed to the US security services under the premise that they would be used to fight terrorism.

The leak outraged British officials, complicating what already had the potential to be an intricate investigation. Michael Fallon, Secretary of State for Defence, described the leaks as ‘disappointing’. Yet, he knew this represented a far more seismic shift in process than a simple one word comment. The special relationship stretching across the Atlantic was stretched even further with the leak, to such an extent that the UK stopped passing information to the US in the immediate aftermath of the attack. Theresa May, in her last press conference before her meeting at NATO in Brussels, and then the G7 Summit, at both of which Donald Trump would also be present, claimed she would ‘speak to’ the US President over the leaks. What all of this suggests is that there is an intense proliferation of the Internet into daily life, and that the content posted onto it has the potential to damage diplomatic relations between the closest of allies.

Moving to the G7 summit itself, ‘Foreign Policy and Security Issues’ accounted for 2 of the 6 scheduled sessions on the G7 Taormina agenda. Whilst the meeting would have addressed Islamic fundamentalism in any case, the events that took place just two days previously ensured that the topic of terrorism sat at the top of the agenda.

Theresa May claimed in her press conference that ISIS were ‘evolving, rather than disappearing’. This means the manner in which the G7 nations attempt to fight extremism must evolve too, and they must be prepared for a long struggle, rather than something which is going to provide a quick solution. What should be done to combat terrorism was discussed at length during the summit, in addition to how the changing nature of terrorism required policies that can evolve alongside those used by terrorists.

Some indication of what this is likely to entail was given by May, when she said that Islamic fundamentalism was ‘spreading online, but retreating in the physical world’. Therefore, corporations, in particular giants such as Facebook and Google, should be required to assume more responsibility for information that appears on their sites. This could involve the development of tools to remove harmful materials automatically and block users who spread such material, as well as report them to relevant authorities. The aforementioned tools would be international in their scale, highlighting how the proliferation of extremist material online is a truly global issue.

Yet, May’s outline was delivered without any acknowledgement that the all-encompassing nature of the Internet is what led to pictures of the detonator used in the Manchester attack to become public information. This could well be because the Prime Minister knows she is relatively powerless to control the juggernaut that is the digital economy. Therefore, any policy that involves the assistance of the online universe will require a tightrope walk between ignorance of terrorist activities and overregulation of a space intended for personal expression.

The US, according to May, still represents the UK’s ‘most significant defence and security partner’; intelligence sharing has since commenced between the two nations. Indeed, she claimed that terrorism can only be defeated through unity between nations, upholding the values that are shared by national governments across the globe. However, the developments of the past week would suggest that fighting terrorism is no longer the domain solely of nation states. Instead, the digital world, which has become so integral to everyday life for the majority of people in the West, appears to have a significant role to play in the future. This comes with its own pitfalls; if the Internet becomes essential to the fight against terrorism, then extra precautions will have to be taken to ensure leaks such as those seen post-Manchester do not reoccur, and that ordinary users do not have their privacy overly burdened at the expense of the fight against terror.