Why use One Word when Two will do? The Length of the Summit Communiqué 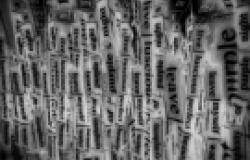 International Media Centre – G7 Taormina Summit. Let’s not forget that the G7 is an unofficial, ‘soft’ forum of global governance. It can implore, encourage, delegate, shame or berate fellow members, non-G7 countries, international organisations, or individuals to change their behaviour – but it does not have any legally binding mechanisms to enforce its decisions. Examples of the softer approaches it has taken to give decisions moral weight include Tony Blair requesting fellow leaders to physically sign the 2005 Gleneagles Summit documents related to Africa and climate change; or Sting singing ‘I’ll be watching you’ as faces of the leaders were projected onto a backdrop at the Live 8 concert in London. In any case, of central importance here are the statements that the leaders make.

A wide range of summit documentation exists, but the centrepiece is the final communiqué, also known as the economic or leaders’ declaration. This is a fluid document that is the product of deliberations among the leaders’ Sherpas during the year, but can also change at the last minute as a result of the leaders’ discussions. The language used in communiqués is carefully chosen to ensure all summiteers can buy into it, claim their own victories, and paper over any divisions. The result is what The Economist once called ‘the anaesthetizing gunk of globocratese’.

As regards to its length, the communiqué has varied over the years. The 1975 Rambouillet Communiqué consisted of fifteen short paragraphs totalling just over 1000 words. By the time of the 1990 Houston Summit the G7 leaders released three statements that in total had increased seven-fold in world length. In 2000, the word count reached a record of 13, 596 words spread across five documents. The last time the Italians hosted the G8 Summit in 2009, a new record was set of 31,167 words across ten different documents.  Last year, the Japan-hosted Ise Shima Summit resulted in a 32-page leaders’ declaration.

This year it appears that the Italian hosts have taken the ‘less is more’ advice of George Orwell. To their credit, the Taormina Leaders’ Communiqué consisted of a relatively succinct six pages with a brief accompanying statement on terrorism, an action plan on innovation, skills and labour, and a roadmap for a gender-responsive economic environment. In some ways this represents a return to the early days of G7 summitry when short and simple statements outlining the brushstrokes of discussions were the order of the day.

At the same time, this may be a result of the unique make-up of this year’s G7 Summit with so many first-time and recently elected participants. In many ways it is safe to assume that newly elected leaders such as Macron and Trump have yet to fully formulate their foreign policies or have had the opportunity to design robust strategies for how to pursue these agendas. Furthermore, with the recent swing to conservative government in several G7 countries, a reduction of words might be the result of potential disagreement on key issues. However, it could also be simply due to the fact that several of these new leaders, focused solely on domestic concerns and the pursuit of more isolationist policies, have nothing to say on G7 topics. In this case, sometimes it is better to remain silent and be thought a fool than speak and remove all doubt.