Practice what you Preach: Where is the Love (for the Environment)? 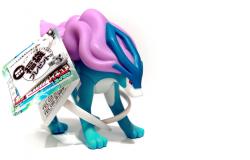 International Media Centre – G20 Osaka Summit. If your only experience of Japan was two days holed up with the global media in the Osaka Intex centre for this year’s G20, you’d be forgiven for thinking that the host is right to be on its high horse about promoting plastic pollution reduction. Single-use plastic items have been banned on the premises, drinks containers have been limited to paper cups and recyclable cans, and the green trays used in the canteen are made partially from recycled McDonalds plastic toys.

Japanese journalists, moreover, are also keen to show off on the matter: roving packs of them armed with huge cameras and mobile lighting rigs move around the media centre thrusting microphones in every foreign reporter’s face and bombarding them with questions on their thoughts about the importance of a plastic-free world. Every gaijin here learns very quickly not to make eye contact, especially when eating, and especially when eating food - especially sushi - with chopsticks, something that provokes an instant interrogation under floodlights: “is this your first time eating raw fish, and how can you possibly know how to use chopsticks?”

The permissible answers to questions like “how amazing is Japan at recycling?” or “how amazing is Japanese food?” range between “very amazing” and “very, very amazing”. One of our team members was compelled by an extremely famous Nippon TV newsreader to proclaim his previously unknown - yet sincerely held - love for recycling toys when pressed on the brilliance of the green tray initiative. If you didn’t know any better, you’d wonder why all the other countries in the G20 aren’t as dedicated as Japan.

In this instance, however, we do know better, and sadly, Japan’s heroic efforts to reduce plastic reach only as far as the Intex centre gates. Despite this façade, the country continually ranks as one of the worst offenders for plastic pollution, and is currently the second biggest producer of plastic waste per capita. On the doorstep of the summit venue, in Osaka Bay, there lie an estimated 3 million plastic bags drifting in the water and lining the sea floor. Everywhere you look - on the pavement, every floor of the hotel, in most public buildings - you see vending machine after vending machine full of plastic drinks bottles.

Japan’s obsession with plastic is no more visible than in the country’s favourite convenience store: 7-Eleven. Pretty much everything on the supermarket shelves - from single bananas, individual vegetables, pastries and stationery - is covered in a layer of ‘protective’ plastic, which is subsequently placed in a plastic bag upon purchase. This problem, of course, is not limited to 7-Eleven; Japan’s addiction to plastic results in around 9.4 million tonnes of plastic being wasted annually.

The country’s shameful problem can be - to some extent - attributed to cultural norms. For example, Japanese customers tend to associate plastic-wrapped products with luxury and high-end customer service, while a plastic coating on fresh produce is considered more hygienic than an item displayed au naturel.

Given these rather shocking revelations, it would be fair to say that Japan’s celebratory exhibition of plastic-free alternatives is premature at best, and blatant hypocrisy at worst. Having refused to sign the G7’s Plastics Charter, the country has been criticised for its embarrassingly unambitious target to reduce plastic waste by 25% by 2030. Even those aforementioned green McDonald’s-sponsored food trays in the media centre canteen only contain 10% recycled material. The loud fanfare seems a bit less justified when 90% of the trays are, as ever, newly minted plastic.

Clearly, this serial polluter doesn’t come close to where it needs to be aiming on the issue. However, it is important to note that the country has made an important step in the right direction by acknowledging the issue and has boldly put itself in the spotlight by creating a platform for discussion at the G20. Yet, in order for real progress to be made, other members of the forum must also assume responsibility for their plastic wastage. G20 countries account for over half of all single-use plastic waste in the world, collectively amounting to around 150 million tonnes.

It will be interesting to trace whether summit momentum on plastic waste continues in the months and years after the world’s leaders have departed Osaka. Japan is among the countries most vulnerable to the negative effects of climate change, of which plastic waste is a major contributory factor. The very durability of the country’s coastal cities depends on practical and sustainable environmental policy, and it doesn’t take an expert to point out that Japan’s plastics policy is not going far enough, or fast enough.