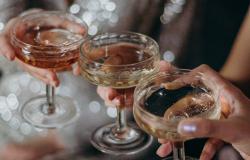 Learning to Do Research: It Starts at a Party!

In the early stages of a research project, is it better to formalize your research methods or to stay informal and exploratory? How should we conceptualize the risk of a particular project? How can progress be made even when researchers are burdened with teaching responsibilities?

It was two weeks before Christmas and I (Daniel Clausen) was with my colleague Stephen Cullis. We were at an official party hosted by a local organization that promotes friendship between Japan, Britain and America. I had just had red wine spilled on my table by a participant who became overly excited by my ability to speak passable Japanese. She had more than made up for her diplomatic faux pas through a generous gift of Nagasaki’s famous castella cake. Stephen, on the other hand, had more exciting news. He had just made contact with officials in Nagasaki’s city office. He dutifully introduced me. Soon, business cards were exchanged and acquaintances were made. Such was the auspicious start to our experience doing research on city diplomacy. We would soon be joined by another scholar, Christophe Meyer, as well as receive help from several colleagues along the way.

Over the last nine months, we have learned a great deal, failed a great deal more, succeeded at times, and come to understand more what to do and not to do when conducting research as part of a team. For the purpose of this short post, we have organized the sections around major lessons learned and ongoing debates we are having regarding how to conduct research. Though we offer many insights and anecdotes, we see these as open discussions rather than settled answers.

Formal or Informal (or…To Be or Not to IRB?)

As a result of the party, Stephen Cullis and I had more than a few contacts at city hall. We also had a few ideas in our heads about the growing role of city diplomacy. The benefits seemed simple and obvious: examining city diplomacy in our local area would give us practice doing field research, students could be involved in the process, and our research would help us develop rich content for subject-matter courses like International Relations.

However, we were soon faced with a dilemma. Should we go through the Institutional Review Board (IRB) (in Japanese: 験審査委員会)? An IRB committee oversees the ethical standards of research projects (for more information, please read here). This is especially important when doing research that involves humans. IRB committees play an important role in preventing researchers from doing harm to research subjects while maximizing the benefit to the community. (For more on research ethics, please see these excellent books by Nicholas Walliman and Bruce L. Berg and Howard Lune).

That question soon devolved into even more basic questions: Did our small university even have an IRB committee? Did we know of any colleagues experienced enough to get us through it in Japanese?

As young researchers working in a foreign environment, we ultimately decided on the most responsible route. Unfortunately, our decision to go through with the process exhausted at least a month of peak research time between the semesters. Perhaps it was the right thing to do in theory, but our decision prevented us from conducting research that could have been used at the very least to generate good material for internal conversations and our classrooms.

Our experience also demonstrates the merits of an alternative: Do informal research! At any moment, we could have used the contacts from the Christmas party to have informal talks, even if these talks just laid the groundwork for research in the future.

There are clear drawbacks to this approach. Even when explicit consent is given for interviews, some journals and publications might insist on IRB committee permission or at the very least ask for a letter of exemption from an IRB committee. Nevertheless, such informal methods also have strengths. These informal talks can be used to help build an understanding of a subject, especially outside of what is commonly known just from public sources. Informal talks also help build relationships and trust that can serve as a broader foundation for later research.

At a small teaching college like ours, perhaps this is the most pragmatic thing to do when starting off.

Thus, in a great irony, the formal party several weeks before Christmas taught us the most obvious of lessons: When you can, stay casual and be ready to exploit informal research opportunities!

On the other hand, one member of our team (Christophe Meyer) found the experience of going through the IRB to be useful as a research experience and good for team-building. Thus, it remains an open question.

To loosely quote Hamlet: To be or not to IRB, that is the question!

What is Risk? (Risky Business or Not-Risky-Enough Business)

Early in our research process, one of the internal debates was whether our research was risky enough. Sister city relationships, symbolic peace projects, public statements — the bread and butter of city diplomacy in the Nagasaki area —  seemed a little too small for a research project. The results would likely be bland and uninteresting. Certainly, Nagasaki is the site of contentious politics regarding non-nuclear advocacy and hibakusha remembrance, but our study would focus on city diplomacy from a wider perspective. Initially, the greatest benefit of the project seemed to come with a major drawback: a largely riskless space for teachers and students to practice their research skills would likely yield few results of interest for scholars.

However, as we began discussing our project with Japanese colleagues and staff members, we sensed a palpable nervousness. Who would we interview? Would we say something that would reflect badly on the school? Who would translate the answers? Was it wise to include students in our field research? A Japanese colleague even advised us to revise our questions and survey, suggesting that such a revision might take as long as a month. (Again, exhausting peak research time!) In addition, we were repeatedly advised to consider cutting the one (mild) question that was political in nature – a question that asked whether the activities of cities in any way conflicted with the policy of the prefectural government.

As these discussions were ongoing, the new semester was fast approaching and with it the horror of having to coordinate our schedules to do research in the midst of classes. Thus, we came back to that important question: Would we have been better served doing something small and casual and then building up to a more formalized project?

Doing our research in a small and informal way would also have allowed us to build our understanding of risk from the ground up.

Reflections on Doing Research at a Teaching University

We teach at a small language college in Nagasaki. Two of us have backgrounds in International Relations (Daniel Clausen and Christophe Meyer). The other member of our team (Stephen Cullis) has a background in classical languages (Greek and Latin). However, for the moment, our main job is to teach classes…a lot of classes. Ten each semester. Since I (Daniel Clausen) teach classes in Peace Studies and International Relations, my hope was that this research would also help me create interesting lectures on local diplomacy. So far, I have not been disappointed. Even with what little we have done in the past nine months, I have been able to create about two weeks of content that gives foreign exchange students a taste of Nagasaki’s local diplomacy.

Despite the teaching demands, our school may have some particular strengths in terms of research. These strengths did not occur to us until after the hangover of initial disappointments had worn off. One major strength is that our classes are usually small enough so that we can guide students to do projects. Thus, when we don’t have time to go out into the field, we can ask students to bring the field to us. Since many of our students are from small towns around Nagasaki Prefecture, we could ask them to do surveys or interview local officials. Another major strength is that many of our students are already involved in local diplomacy. Many students volunteer as tour guides for the Nagasaki Atomic Bomb Museum and even guide foreign dignitaries during official visits to the city. When we are unable to study local diplomacy directly, we can observe our students carrying out local diplomacy or task them to study the subject on our behalf.

However, at a teaching university, research always seems to come in last. For that, there is no easy solution.

Perhaps, then, the (imperfect) answer can be summed up in three words: keep it informal.

This is not an uncontroversial conclusion. These (hypothetical) early conversations might have been unusable as citations in articles. Much of the early learning would have been internal to our group. Such an approach would have fast-tracked learning about city diplomacy in Nagasaki but would have impeded our ability to incorporate insights into early published works.

To return to the party before Christmas, there we were in a room full of members of the local diplomatic community of Nagasaki. We had no formal permission to do interviews or surveys, but we had all the advantages of a merry atmosphere, a desire to connect despite the frustrations of COVID-19, and our own curious minds. Our dress was formal but our methods of inquiry were not.

Perhaps that is the best way to start out. Build a foundation through casual contacts. Take notes the old-fashioned way with a notebook and paper. Have conversations with other curious researchers. Ask questions to find better questions. Understand risk by doing research incrementally. Avoid the dangers of paperwork, bureaucracy, and meetings until you know that those headaches will solidify an already established foundation.

With these lessons (informally) learned, we can now move forward.

Daniel Clausen is a full-time special lecturer at Nagasaki University of Foreign Studies. His research has been published in Asian Politics and Policy, Electronic Journal of Contemporary Japanese Studies, and East Asia Forum, among other publications. His teaching experience includes over eight years of experience as a TESOL instructor. He has also written several novels and short story collections. You can learn more about his work on his Amazon page here or on his Goodreads page here.

Christophe Meyer is a full-time special lecturer at Nagasaki University of Foreign Studies. His research has appeared in the Journal of the Research Center for Shin-Nagasaki Studies and East Asia Forum. His teaching experience includes over five years as a TESOL and French language instructor (FLE).

Stephen Cullis is a full-time special lecturer at Nagasaki University of Foreign Studies. In addition to teaching English language courses, he is currently in charge of the world’s smallest Classics Department. He is conducting research into early 20th-century Japanese translations of Homer’s Iliad. His research focuses on translation / reception studies, and he is also currently working on a series of translations of The Private Correspondence of Ernest Satow (Japanese to English) with the intent to publish a monograph.