The Transatlantic Alliance in an Increasingly Non-Atlantic World 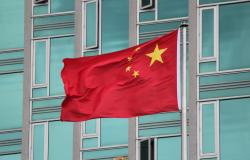 Vasilis Trigkas argues that European and American domestic political reforms would be the best response to China’s recent authoritarian assertiveness.

Much ink has been spilled on how the return of China to great power status is shifting the economic and geopolitical center of gravity from the Atlantic Ocean to the Pacific, affirming John Hay’s 150 years old prophecy on the centrality of Asia. Yet the impact of this shifting dynamic on the mightiest alliance in human history: the transatlantic alliance has been an under-assessed theme as the Euroamerican strategic amity is often viewed as inevitable.

Earlier in Autumn,  I joined fellow young leader Meicen Sun of the Massachusetts Institute of Technology, Adam Posen of the Peterson Institute for International Economics and Torrey Tausing of Brookings Institute – Harvard to discuss the future of ‘transatlanticism in an increasingly non atlantic world’ at an event cosponsored by the project on Europe of the Kennedy School and the Asia Center of Harvard University and moderated by Maria Adele Carai. For a transatlanticist by conviction like myself, Harvard University provided ample symbolism for it was there that 70 years ago the towering Secretary of State George Marshall announced the ‘Marshall Plan’ which solidified the then nascent transatlantic alliance.

7 decades and a Cold war later however, the transatlantic alliance is now facing a dual existential challenge:  geopolitical complexity abroad due to the meteoric recovery of China, and most importantly, democratic fatigue at home with dangerous populist - nativist shifting sands weakening its foundation from within. To paraphrase Samuel Hunntington, given its twin predicament, will the alliance remain militarily feasible, strategically desirable and politically possible?

The military feasibility of the transatlantic alliance was rarely contested during the Cold War. American boots on the ground in Europe were not simply feasible but essential for the security of the old continent.  Europeans, time and again, implored the Americans not only to increase their military commitment in Europe but prove that the commitment would be solidly credible. Europeans in a learned strategist’s word’s ‘invited the American empire’. The most challenging problem then was the so called “Chicago for Berlin” problem; that is, if the numerous Soviet tank battalions managed to achieve a conventional victory in the Central European Front would the United States escalate as promised to atomic warfare and thus make its cities targets for Soviet ICBMs? Or would it just sacrifice Berlin to save Chicago?

The American response was half a million US soldiers stationed right at the Central European front whose annihilation by superior Soviet conventional forces would lead to automatic escalation to the nuclear level. Today nonetheless, the central front is not located in Europe but at the first Island chain of the East China Sea and the South China sea where the Europeans are totally absent. The Brits may sometimes dispatch a destroyer performing a freedom of navigation operation enraging the Chinese but that’s it. Europe has neither the military capability nor the motivation to stand by the Americans in the Asian Central front of the 21st century and challenge what China perceives as its core national security. Would Germany sacrifice Hamburg for Hawaii?

Under this radically different security dynamic, perhaps the only viable path for the alliance to safeguard its military feasibility would be what Torrey Tausing suggested: Europe to proportion its own military capabilities by increasing its military spending allowing thus the United States to economize resources in Europe and refocus its military might in Asia. But would a militarily autonomous Europe find it strategically desirable to support America in its strategic rivalry with China anyway?

Strategic desirability will be difficult to attain in the decades ahead. During the Cold War the Soviet threat loomed large as an existential geopolitical menace against both Europe and the United States. With Europe lost either by a communist revolution sweeping the capitals of war torn European republics or by Soviet military invasion, America’s national security would gravely suffer as the Soviets would hegemonize Eurasia - the ‘world island’ - and by utilizing its abundant industrial and natural resource they could eventually tear the Americans down to submission.

Today however the European and American security interests diverge. Germany trades more with China than with the United States and German trade surpluses are not even recycled by being reinvested in Greece, Italy and Spain but in China. In the latest public opinion polls Germans trust China more than the United States. Moreover, as China through the BRI invests heavily in Eurasian infrastructure hence enhancing connectivity, it is expected that the commercial flows between Europe and China will grow much larger in the years ahead. Already, German industrialists have repeatedly declared that the future of their companies will be determined in China. Why would the Germans support US’s strategic interest in Asia and sacrifice billions of profits? If Europe could avoid warfare without undercutting its security why should it choose to stand by the US aircraft carrier battle groups in the Pacific and sacrifice its lucrative commerce with China?

But if this seems as a long term scenario, the strategic crisis in the transatlantic community may even become acute as some Europeans may choose to procure Chinese ICT companies. As Meicen Sun submitted: ‘Certain features of emerging technologies like 5G exacerbate strategic mistrust between the U.S. and China by raising the technical threshold for adjudicating tech-related trade disputes.’ This adds more layers of complexity thus making a joint Euroamerican response hard to attain given the EU’s preference to multilateralism and the current US’s administration addiction with unilateral responses.

To be sure, military infeasibility and strategic undesirability would not singularly matter had the Transatlantic alliance remained politically possible. Even though material interests could diverge, willful political entrepreneurship could do miracles. But where is a JFK today to captivate the European square; to integrate power with morality and reinvent a common strategic narrative balancing values with interests?

Not only does the transatlantic alliance lack political leadership but never before had it faced such a strategically illiterate and politically hostile US administration. Just a couple of weeks ago, the US President Donald Trump, tweeted “for all the geniuses out there taken to the cleaners by China, that want me to get together with the EU to go after China’s trade practices, remember the EU treat us VERY unfairly on Trade. Will change!’. This is a self-defeating strategy apocalyptic for the transatlantic alliance. The house is being destroyed from within and strategists in Zhongnanhai could not have hoped for a more fortunate strategic circumstance.

‘Predicting the future tells more about the predictor rather than the future’. The omens are ominous indeed yet the crisis of transatlanticism is not terminal. As Tsinghua’s Yan Xuetong has put it in his latest book on leadership and the rise of great powers, leadership able to inspire creative reform matters consequently, material determinism has no foundations in politics.

It is thus important to note that, the crisis in Euroamerican relations is an outcome rather than a cause of our domestic pathologies. Hope is thus to be found in the reinvigoration of a the democratic civic ethos in the United States and Europe which could catalyze reform and address pressing domestic social problems: inequality, extreme financialization and investment short-termism. Domestic reform could empower the world’s most populous, educated, liberal entrepreneurial middle class: the Euroamerican middle class. Almost a billion Americans and Europeans living in open post-racial societies could make the 21st century a balanced century between the West and the rest and even nudge China towards liberal reform by demonstrating the atypical resilience of cosmopolitan democratic capitalism.

As I walked down the Harvard square and saw hundreds of Chinese families crisscrossing the yard with their children it was all the more obvious to me that Chinese millennials are not ideological apparatchiks but rather agnostic learners who indeed envision a great Chinese rejuvenation but whose dream is to be admitted at Harvard rather than the Central Party School in Beijing. A flourishing Euroamerical community would offer the best liberal intellectual stimulus to them.

As Adam Posen put it concluding the discussion, it was auspicious that scholars across generations and across disciplines defy fatalistic conclusions and believe in the power of political agency and leadership to inspire reform and reinvigorate the Euroamerican community. Innenpolitik - to put it in German strategic terminology - must be in! Domestic political reform would be catalytic for the renaissance of the Euroamerican middle class and therapeutic for the crisis of the transatlantic alliance. It would be the best response to China’s latest authoritarian assertiveness which as I put it in an earlier article for the South China Morning Post is perhaps inspired by Xi’s personal conviction that the West is heading for an inevitable constitutional decay unable to reform and reinvent itself.