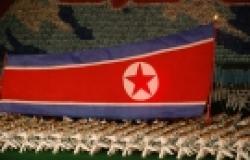 President Trump essentially congratulated the Chinese several weeks ago when he said that he did not blame them for taking advantage of the United States in gaining such a great trade balance in their favor.

“I don’t blame China,” the President said. “After all, who can blame a country for being able to take advantage of another country for benefit of their citizens? I give China great credit.”

President Trump is eminently clear that he intends to change this situation, but he said that the United States, and especially prior Presidents, are to blame for the situation, not China. The approach the President is now taking toward China should also be taken toward North Korea, for Kim Jong Un and his predecessors have shown great ingenuity in defying international law and their own commitments about not developing nuclear weapons and ballistic missiles. In short, they outfoxed the United States and the free world generally.

The President should acknowledge this, even with the same wry sense of humor he used with President Xi. And in the same way that President Trump seeks a balance in trade relations with the Chinese, where no side has a great surplus and no side has a great deficit, he should seek stability with North Korea.
What would stability be in our relations with North Korea? That is a very good question, and different people will answer it differently.

To many experts it seems clear that Leader Kim will not give up his nuclear weapons under any circumstances. He and his family have sought nuclear weapons, and the means to send them as far as the United States, for decades. They have done so, according to many experts, as a form of self-protection. The reasoning is that if the North Koreans could attack us with nuclear weapons, then we would not attack them and seek regime change.

Leader Kim may indeed have multiple motives for wanting to be a nuclear power, including the aim to reunite both Koreas under his rule. But the basic logic behind his strategy to develop nuclear weapons appears to be quite rational. If you have means to protect yourself and harm an enemy, then they would have to think twice before attacking you.

President Trump, and his predecessors, including President Obama, have called for the denuclearization of the Korean Peninsula. This concept seems wildly ambitious today, although it was less ambitious four or eight or 28 years ago. The North Koreans fear the United States. After all, we basically leveled their country in the Korean War, one which they of course survived in a stalemate with the South and with the United States. And we have brought down autocratic rulers before, even ones who gave up their nuclear weapons, like Gaddafi in Libya.

But President Trump does not want to accept the fact that North Korea outfoxed us. He is, however, willing to accept that China outfoxed us. So one may fairly ask: What is the difference between the two cases?

Leader Kim clearly wants to be accepted as the leader of a country which belongs in the group of nuclear states. He may want more than this, but his driving aim seems to be this basic point about recognition. If he obtained that recognition, he would most likely come to the negotiating table, not ready to give up his weapons but ready and willing to determine a way to live in peace with all countries in the world. Moreover, Kim is unlikely to issue threats to the United States if we openly recognize his country as a member of the nuclear club.

Individuals crave recognition in life, whether it is an employee in the workplace, women or persons of color affirming their identity, professional athletes, dancers, and actors, or indeed leaders of nations, who want the respect of their own citizens, the media, or leaders of other nations.

For all of the complex military, political, and economic issues bound up with our relationship to North Korea, our conflict really boils down to this issue of recognition.

It is true that North Korea is a totalitarian state that violates human rights in fundamental ways. At this time, however, it is not our task to save the people of North Korea from their own leadership. Our task is to protect the citizens of the United States and our allies, especially in Japan and South Korea.

We have relatively peaceful relations with other countries that violate human rights in fundamental ways, notably China. Indeed, President Trump has recently shown his ability to face the truth with China. A year into his presidency, he just demonstrated his ability to face the facts and then adopt a normative standpoint about changing a problematic situation, one that is realistic.

If the President approached North Korea in the same way, then the United States would have a way out of the current crisis. Accepting North Korea as a nuclear power is the most reasonable path to peaceful relations with North Korea. How we work out the details of a peace treaty with them would itself be a very complex endeavor that can never guarantee peace in the future. But no peace treaty can ever guarantee peace in the future. The peace treaty option, though, is more likely to succeed than the economic sanctions option currently being employed or the various military options.

The argument presented here does raise the question about how a situation like the North Korean crisis ever evolved and what it tells us either about a failure in our global structures for promoting nuclear nonproliferation or possibly the declining influence of the United States in global affairs.

These temptations should be avoided because they overlook the uniqueness of the North Korean case. For decades North Korea, by building up its conventional war capacity against South Korea and Japan, has made it impossible for the UN and the United States to force them to do anything. The triangular relationship between North Korea, the United States and Japan/South Korea illustrates how our being a nuclear power was irrelevant to the relative power we had over North Korea. It did not matter if we could drop nuclear weapons on North Korea in 1970 or 1990 if they could do immense damage with conventional weapons to South Korea and Japan, including to over 50,000 American soldiers.

It is unclear that there was any way for the United States and our allies and the UN Security Council to prevent the rise of a nuclear North Korea given the power they had to cause immense carnage in South Korea. It is not a defect of a refrigerator that it does not make toast, and it is not a defect of the system of nuclear nonproliferation that North Korea basically did what it needed to do from its own point of view to protect itself.

Dave Anderson was a candidate in the 2016 Democratic Primary in Maryland’s 8th Congressional District. He is the Editor of Leveraging: A Political, Economic, and Societal Framework (Springer, 2014). He has taught at George Washington University, the College of Charleston, the University of Cincinnati, and Johns Hopkins University. dmamaryland@gmail.com

Ukraine War: Putin’s Off Ramp and Why he is Unlikely to Take It