Beyond Neoliberalism and Populism: Values, individual autonomy and authentic communities 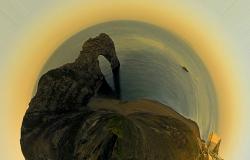 In a world that is dominated by money, as the only universal means of exchange, how would our democracies, economies and societies look like if values were a central part of our lives?

In the last decade, neoliberalism entered a deep crisis. The global financial crisis highlighted the excesses of a deregulated capitalism heavily dependent on debt, conflicts of interests and greed. Subsequently, the vote for Brexit, in the United Kingdom, and the election of Donald Trump as President of the United States expressed the deep resentment against what was perceived as wealthy establishments, dependent on the integration of markets and free movement of workers.

In East Europe, populism and nationalism are also on the rise. In France, Germany and Italy traditional, especially progressive parties, have recently suffered great electoral losses. And post-truth is a dominant paradigm on social media, to the point that even opposite points of views are labelled as “fake news”.

Neoliberalism has been the ruling model for several decades. In a nutshell, economic rationality shaped every public decision, and market was considered as the best instrument to create and share welfare. While neoliberalism and populism are for sure two conflicting narratives, they share several assumptions, that pertain to the role of welfare, individuals and society.  Indeed, the serious flaws of neoliberalism have helped the rise of populists, and I do not refer only to the particular policies undertaken by the elites, but to a whole philosophical vision of the world. A vision developed by the Ordo-liberal School that influenced the architecture of the Economic and Monetary Union, by the Chicago School, by the so-called Washington Consensus and, somewhat, by the Third Way developed during the 1990s.

Against this backdrop, if we want to go beyond populism and neoliberalism, we should go beyond their assumptions and paradigms. Which ones?

First of all, both populism and neoliberalism interpret virtually everything in purely economic terms. “Economicism”, or the prevalence of the economy on every other dimension of life, has been embraced by neoliberalism not only through the neoclassical idea that consumers simply strive to maximise their utility and businesses can only go after profit. Neoliberalism has also reduced being citizens to being consumers, and accepted lobbying by companies as a standard modality to influence policymaking. Reaganism and Thatcherism, in the Eighties, were basically grounded on the idea that free markets automatically foster other forms of freedom. On the other hand, also populists often get elected through (at least verbally) fighting economic inequality, unemployment, delocalisation of firms. Even environmental policies are often endorsed first of all because of the economic costs of climate change. The reference by German philosopher Max Horkheimer to the dominion of instrumental reason is still absolutely valid today.

A second element that characterises populism and neoliberalism is individualism. This is the idea that we are essentially atoms, striving to pursue our self-interest.  Individualism allows us to freely choose our curricula, ideology, job, friends, and in general all means needed to pursue some given aims. But, as long as individuality is concerned, meaning the possibility to freely decide what is a worthy life, neither neoliberalism nor populism will help us a lot. Material welfare is still the greatest achievement in life for most people, despite what Amartya Sen told us about freedom, dignity and participation.

Third, both neoliberalism and populism consider society essentially as a mass of individuals, and tend to marginalise dissent: neoliberalism greatly relies on (also intellectual) conformism and fashions, whereas populists condemn any criticism as a form of complicity with the establishment, despite what Hannah Arendt wrote on the heterogeneous uniformity of mass society as one of the primary conditions for totalitarianism.

Therefore, if we really want to overcome populism, we should abandon “economicism”, individualism and social homologation.

But what can inspire human activities beyond money, i.e. the element behind these three paradigms? We should rely on moral, organisational and cultural values. Indeed, values are non-monetary, non-economic resources that are relevant elements of individuality. And they can contribute to a public, rational debate on social issues, which prevents mere homologation.

Against this backdrop, also with a view to fostering individuality and reconciling economic utility with autonomy, I have formulated two proposals, that consist in establishing a market for values and communities of individuals who share the same values.

As for the first proposal, while it may seem that the concept of a “market for values” is a neoliberal idea, this is not the case. In a nutshell, individuals, legal persons and communities would be able to describe their own relevant experiences – certified by third parties  (e.g. private operators) on the basis of commonly agreed indicators- highlighting the positive role of some values. This would refer to moral values (such as social justice), organisational values (such as propensity to innovation) and cultural values (such as multiculturalism). The experiences would be described in some documents (let’s call them experience descriptors), that would also recall the actions that have been concretely inspired by those values. The relevant experiences referred to each value would be priced on a market, on the basis of supply and demand. And the price of each experience descriptor would be proportional to the number of experiences that it contains.

For instance, a given country (let’s suppose Italy) might purchase a document referred to environmentalism, that describes measures adopted by another country (for instance, Sweden) to foster green policies, and the benefits of these measures for instance in terms of innovation and greater economic cohesion. After undertaking its own initiatives and adopting environmental policies (for instance increasing protected areas by a certain percentage), Italy might add its own experience to the document, and transfer the latter on the market.

Each document might be exchanged with documents referred to other values, so that, for instance, a country that has fostered environmentalism might receive the description of experiences referred to social justice. Moreover, experience descriptors would be used also as a means of exchange complementary to money: values could be used to buy goods and services. Therefore, communities would have an economic incentive to adopt certain policies, and individuals an incentive to undertake certain activities. The economic incentive would consist in the possibility to enlarge the set of experiences and, therefore, increase the price of the experience descriptors.  Values and inner motivations would be considered for what they are – a form of capital, able to inspire professional and personal activities. This would contribute to reconcile ethics and economics and, in general, the existential dimension of individuals and the cultural dimension of organisations with their social role of consumers, workers, producers. In particular, the human being would no longer be simply what Hannah Arendt called an animal laborans, which means an alienated individual deprived of that freedom from himself and his immediate needs, that denotes an authentic active life.

Such transactions would also foster individual autonomy, and in particular what in my book, Exchanging Autonomy: Inner Motivations as Resources for Tackling the Crises of Our Times, I called functional autonomy: our values would not simply be instrumental to our social roles, as we would have the possibility to freely choose how to interact with the rest of the world, on the basis of our own moral, organisational and cultural values. This would be quite a drastic change, considering that values are often reduced to egoic identifications or ways to adapt to alienating works, difficult economic conditions and, in general, one’s position in the social fabric.

This would contribute to reach that veil of ignorance that, according to John Rawls, should characterise our choices on justice. Functional autonomy is also very important to create authentic communities. Indeed, when individuals judge the world only on the basis of their role in it, debating or confronting these values becomes virtually impossible, and citizens only share a formal, value-neutral legality, needed to live securely. On the other hand, a community is much more than a mere society: it is a society where a rational, open debate on collective values is possible. As William James wrote, “the community stagnates without the impulse of the individual. The impulse dies away without the sympathy of the community”.

A second proposal that I have formulated deals with the establishment of cooperative groups that share the same values and are the able to influence the rest of society. In particular, the Internet should play an essential role in allowing employers, employees and volunteers to identify counterparts who share their vision of the world, and who might therefore pursue the same social aims (e.g. a given reduction in inequality in their region). For instance, the manager of a social business, who does not have the opportunity to contribute directly to the protection of the environment in his area, might hire workers, who volunteer in reforestation, and who have not found morally acceptable jobs, because all companies in their sector hinder access to basic medicines. Through these forms of cooperation, individuals who share some values would fulfill their aims, without just delegating them to the economy and politics. This solution would also be similar to the spirit of peer-to-peer communities.

Many individuals, who hold values such as social justice and environmentalism, have social roles that are inconsistent with these values. On the other hand, values can connect us with other individuals, like money and power. Against this backdrop,  individuals who share some given principles might interact in order to reach a critical mass, able to influence society while the latter pursues money and power. This would take place through forming local, autonomous communities and, subsequently, national and global networks. Indeed, there would be incentives for the economic system to cooperate with the communities, such as higher labor productivity ensured by lack of alienation and the economies of scale linked with the presence of workers and suppliers who share the same values. And also the political system might become aware of the social benefits of the initiatives undertaken by value-based communities.

Both proposals I have described in this article would contribute to reconcile economic welfare with individual autonomy and the establishment of authentic communities.

In order to overcome populism and egoic identifications, on one hand, and the commodification, standardisation and dehumanisation of our lives, on the other, we need a new, interdisciplinary approach to social issues. We need to integrate human values in the formal institutions that regulate our daily interactions.

Marco Senatore, an Italian civil servant, was born in Genoa (Italy) in 1975. After graduating in Political Science at the Sapienza University of Rome, he specialised in financial markets and the internationalisation of businesses. He has worked at the Ministry of Economy and Finance of Italy and at the Executive Board of the International Monetary Fund. Marco is the author of  "Exchanging Autonomy. Inner Motivations As Resources for Tackling the Crises of Our Times,” published in 2014. He has also written several articles about politics, society and economy. The views expressed in this article are strictly personal.