The Perils of Nationalism in Global Finance 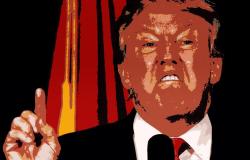 Chiara Oldani describes the financial risks that could hit the G7 economies in the coming futures; most of them arise from nationalism in global financial regulation.

Certain financial risks could hit the G7 economies in the coming futures, and most of them arise from reduced coordination in global regulation (i.e., nationalism).

The 2017 G7 Leaders’ meeting in Taormina (Italy) represented a turning point in global governance, since Leaders clearly confirmed their shift to nationalism with respect to relevant global issues, in particular climate change and financial regulation and coordination. The U.S. President took off his headphones during the Leaders’ meeting, to physically stress his refusal to find an agreement on climate change, where America Comes First.

The Finance Ministers meeting that took place in Bari in May 2017, a few days before the Leaders’ summit in Taormina, focused on issues mainly in the domain of international economic coordination, in particular how to reduce the evanescence of taxation for IT companies, how to safeguard stability and enhance growth by means of coordinated public and fiscal policies. The necessity to better coordinate in the global financial regulatory system has not been felt by Finance Ministers and the G7 Leaders either, and positions are still way too far. The weakening of financial regulation and coordination in G7 countries, led by the US and the UK, does not facilitate the mission of globalisation. The June 2018 Canadian G7 summit in Charlevoix is very unlikely to reverse the nationalistic path of finance globalisation, since Leaders and their policies have not changed with respect to 2017, except (maybe) Italy.

The evolution of financial technologies (FinTech) and the growth of cryptocurrencies (that are not money nor means of payments) attract increasing quantities of capital, because of the need to get rid of the banking system and its stringent rules that aim at safeguarding stability but inevitably reduce freedom and anonymity. Cash and deposits are rapidly moving out of the regulated banking system, going to wallets filled of Bitcoin (Fig.1) and Ethereum, increasing the need of capital for banks and then further diminishing their structural stability. Nationalism cannot win in a playing field dominated by the technological innovation that is changing deeply the inner structure of the economy, and in particular of the banking systems in the G7. The Chinese government, worried by frauds and capital flights, intervened in February 2018 to block any trading of cryptocurrencies by its inhabitants. However, in the absence of any coordinate intervention on innovative financial infrastructures, the Chinese decision will probably be ineffective. 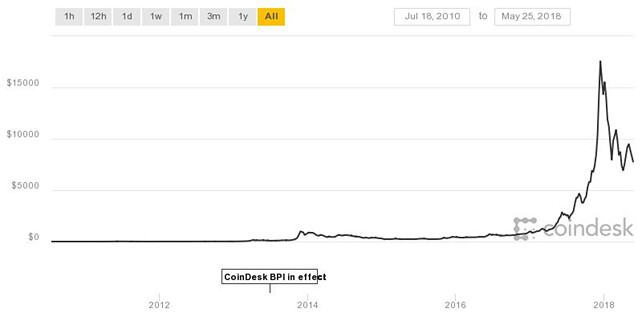 History repeats itself. In the very recent past deregulated financial phenomenon, like Over The Counter (OTC) derivatives, have been considered to be at the root of the financial meltdown, and a few markets’ players have been found guilty and paid for their errors (e.g. Lehman Brothers, Fannie Mae and Freddie Mac, Northern Rock, and Greece). The notional value of global OTC contracts reached its peak in 2013 with $710 trillion, and decreased to $532 trillion in 2017, according to the BIS; 80% of OTC contracts are on interest rates. The introduction of a centralized counterparty system in the OTC derivative markets after 2010 reduced the counterparty risk, but increased the market’s concentration since 90% of contracts are cleared in one clearing house in the United States.

The goal of stability collides with the America First policies implemented in the US, and in the UK (i.e., hard Brexit). American and the British Leaders push forward financial deregulation of the financial system for different reasons; the decisions to substantially reduce the size of the reforms undertaken with the Dodd Frank Wall Street Consumer Protection Act in the US, and to leave the European Union and get rid of the European financial pass-porting allow for regulatory arbitrage that does not enhance financial stability.

The easing monetary policies implemented in most G7 economies (i.e. quantitative easing) will further sustain inflated assets’ prices in G7 in 2018. The Chairman of the Board of the U.S. Federal Reserve, Alan Greenspan, in 1996 referred to irrational exuberance when describing the behaviour of investors in the US stock market; similarly, after many years of cheap money, present markets’ expectations are still very high.

The reduced regulatory coordination can increase the volatility of sovereign bonds yields, especially for heavily indebted countries, like Italy, France, the US and Japan with detrimental effects on public spending and the welfare state. Inflated assets’ price and bonds’ volatility are main ingredients of financial bubbles.

In this complex institutional framework G7/G20 central banks and the Financial Stability Board (FSB) can act to smooth these explosive nationalistic forces, by persuading policy makers that financial regulation should coordinate, and by finding a reasonable framework for debt and wealth to stabilize; they can achieve their duty also by persuading the markets that inflation can rise, interest rates should normalize to positive values, and asset prices should reverse to more sustainable levels.

How China Escaped, and Eastern Europe was Felled by, the Volcker Shock

Stakeholder Preferences and Priorities for the Next WTO Director General