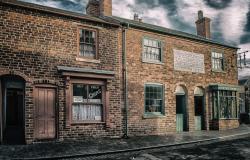 Branko Milanovic on the search for useful historical data.

Correction: Reverend Collins estimates Elizabeth's income, if she does not marry, at 4% of 1000 pounds = 40 pounds rather than 50  as I wrote here.

This first appeared on Branko's blog and was reposted with permission.
Photo by neil kelly from Pexels