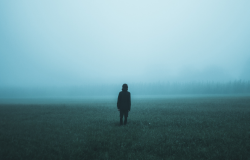 Involving stakeholders directly in the research process and co-production have become common features of research designs aimed at delivering impact. However, in practice co-production often comes into conflict with more conventional research methods and understandings of what constitutes ‘academic’ research. Based on the findings of a recent study of co-production as part of an EU research project, Annette Boaz, suggests efforts to facilitate co-production should focus on the practice as an epistemological, rather than methodological challenge, and focus on enabling the creation of academic identities that allow for authentic collaboration with research stakeholders.

There is a growing recognition inside and outside of academia, that new ways of working are required to ensure research makes a difference. Stakeholder engagement in research, including co-production, is regularly presented as the essential mechanism for improving the value, relevance and utilisation of research across many disciplines. A proposition that is supported by an extensive literature highlighting the importance of including stakeholders from the start and weaving engagement into the fabric of a study.

As part of the SEE-Impact project, myself and a team of researchers had the relatively unique opportunity to study the role and contribution of stakeholder engagement within a large EU funded study called EQUIPT. The project was prospective, allowing us to track how stakeholder engagement and co-production played out over time. The EQUIPT team were developing a return on investment tool to support policy makers working on tobacco control in a number of European countries. Unusually, they also explicitly built co-production and stakeholder engagement to a high degree into the research design of the project, as outlined in the study protocol.

However, over the course of the study, a persistent pattern emerged of planned co-production activities slipping back into more conventional and extractive research relationships. ‘Co-production’ subtly transformed to consultation, and in some instances to the level of a participation whereby stakeholders simply completed surveys, generating data for subsequent analysis and publication.

For instance, responding to time pressures in project delivery, planned face-to-face stakeholder workshops were replaced with online one-to-one consultations, where developments in technology made it possible to make both audio and visual recordings of stakeholders testing the prototype tools. While this process generated detailed data on the different elements of the prototype tool from stakeholders, it did not do so in close collaboration, or in co-production, with the modellers.

Whilst these returns to ‘normal’ working relationships with research participants can be linked to the constraints of the project, they also surface more fundamental challenges to stakeholder participation in knowledge production and use. In particular, although the research design reflects an aspirational shift towards a more co-produced model of knowledge production, academic norms and existing university structures and incentives continued to align with a more conventional practices of knowledge production as an academic pursuit. A case in point, at one meeting, members of the EQUIPT research team shared with the wider group that they wanted to conduct a more conventional validation study with stakeholders to gather feedback on the tool. You could feel the energy and enthusiasm in the room for this change in direction (away from co-production and stakeholder engagement), particularly as it would lead to scientific publications, a cornerstone of academic identity.

These findings echo studies from different fields, notably, Mary Henkel’s work on academic identity and autonomy amongst biological scientists and the role this played in preserving particular work practices in the face of policy change. Timotijevic and colleagues’ study of stakeholder involvement in scientific decision making, where they observed stakeholder engagement being used as a means to confirm the authority of science over ‘the facts’. And also, Morgan and colleagues case study of a knowledge broker brought into a university to promote more translational biomedical research, where more collaborative modes of work were sharply curtailed by dominant forms of knowledge production, less concerned with applicability and use of research findings.

This vulnerability of working with stakeholders has particular implications for the current promotion of co-production of knowledge in health services research.  A tendency to see involving stakeholders as a benign ‘add on’, or a stage in research design and methodologies that will enhance the quality of research misses the underlying challenge presented by stakeholder engagement and in particular by co-production.

For co-production in particular, the approach is not merely a set of activities, but a fundamental and epistemologically different way of working from conventional knowledge production. For health researchers, there is much to be learnt from other fields of research (notably, international development where participatory approaches have been employed for some time) and also from other bodies of knowledge. There is a long tradition in science and technology studies in surfacing the challenges of stakeholder engagement and co-production. However much of the debate in the health services research continues to focus on limited uptake of research in policy and practice settings. The SEE-Impact study was relatively small, focusing on one attempt to bring co-production into an EU project. However, it does offer insights that are both empirical and prospective to the growing body of scholarship on co-production.

From the perspective of health research, this work has provides a timely reminder that the epistemological, institutional and personal challenges that come from within the academic sector also need to be surfaced and explored in order to support the future role of social science research in health policy and practice.

Annette Boaz is a professor of Health and Social Care Policy at the London School of Hygiene and Tropical Medicine. She has more than 25 years of experience in supporting the use of evidence across a range of policy domains. She is currently working in the UK Government Office for Science supporting academic engagement with government research priorities.

This post draws on the author’s co-authored open access article, How far does an emphasis on stakeholder engagement and co-production in research present a threat to academic identity and autonomy? A prospective study across five European countries, published in Research Evaluation. It first appeared on the LSE's Impact blog.

Note: This article gives the views of the author, and not the position of the Impact of Social Science blog, nor of the London School of Economics. Please review our Comments Policy if you have any concerns on posting a comment below.