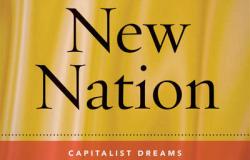 Going by its constitution, India is still a socialist republic. When Jawaharlal Nehru, India’s founder, set the country on course to socialism, this intended odyssey was hailed as one of progress that was to catapult it from the Gandhian Swadeshi (self-reliance) anchor to a “temple of modernity.” The country has since morphed into one economic formation after another, the latest of which is its capitalist incarnation. India’s romance with capitalism is so effusive that it has birthed a new nation that Ravinder Kaur, with an intended pun, calls Brand New Nation. ‘Brand’ in Brand New Nation is adspeak, which the writer judiciously applies to objects or persons of reinvention. The latter’s illustration is what Kaur calls ‘Brand Modi,’ a reference to India’s incumbent Prime Minister Narendra Modi, who survived allegations of having a hand in anti-Muslim riots in 2002 in Gujarat, a state that he governed as chief minister, and since reinvented himself as a harbinger of capitalist development, and the strongman savior of his nation.

Kaur’s work is a lyrical tale of pitching India to the world as an “attractive destination for investment capital.” Writing the history of economic reforms in her native India, which began in the 1990s, she flags the country’s relocation -- out of the Gandhian Swadeshi moment and Nehruvian socialism -- into neoliberalism. Kaur is supremely innovative in presenting India’s capitalist transformation through its economic and political campaigns, and their pithy catchphrases fashioned by advertising professionals to draw investment capital from overseas, and court middle-class voters at home. She employs these campaigns as social mirrors in which the reader beholds the reflection of “Rising India,” “Shining India,” “Poised India,” “Incredible India” and “India Everywhere.” The most prominent of these campaigns include India Shining and its sequel Acchi Din (Good Times[1]); the latter to Kaur is the promise that Prime Minister Modi held out to middle India to lift it out of its decades-old funk. Kaur dedicates a chapter to each campaign, and slices through them with surgical precision to show the relationship budding between global investment capital and the postreform Indian state. Prime Minister P.V. Narasimha Rao, a leader of the then ruling Indian National Congress, introduced the 1990s economic reforms, which in this reviewer’s view positioned him as the Deng Xiaoping of India. The India Shining campaign showcases the first edition of these reforms. The campaign, as a theme, keeps appearing in more than one of the seven chapters of Brand New Nation. Initially it was conceived and conducted under the auspices of the government, with the aim to lure world tourists and investors to their dream destination: India. Later, the right-wing Bhartiya Janta Party, more widely known by its acronym BJP, adopted it to flatter voters in the 2004 national electoral contest. The BJP was by then a political start-up, or more aptly a political upstart, that India had not yet fully sized up. Its meteoric rise, however, beggared belief. The party commenced its journey with a thinnest tally of two seats, in 1985, in the Indian parliament. By 2004, it had already completed its 5-year term (1999-2004) in government, and was now aspiring for five more years in power. Its campaign’s signature slogan was steeped in middle-class patriotism: “India Shining.” The BJP was riding on its record that purportedly made postreform India shine even brighter with capitalist growth, foreign investment, and the expanding middle class. Yet the publicity campaign “was an act of concealment that sought to divert attention from the poverty and deprivation visible to all but the state,” (p. 131) Kaur writes. This contradiction, she contends, “spanned a series of contrasting themes – India Whining, India Stinking, India Burning, and India Declining – that … sought to draw attention to an alternative reality” (p. 131). The BJP’s slick advertising argot thus failed to sway the Indian electorate, costing it the 2004 national election.

Kaur, nevertheless, challenges the common perception in India of a doomed India Shining campaign. She argues that the campaign was first adopted by the BJP’s stalwart and aspirant prime minister L.K. Advani, when he set out on Bharat Uday Yatra (Shining Journey). Charmed by its success, it was then incorporated into the BJP’s electoral campaign in 2004. “The talk of failure was more a retrospective commentary, an afterthought that came to define India Shining after the BJP’s stunning electoral defeat,” (p. 155) Kaur surmises. She rather believes the campaign rallied India around a newborn nexus between the Indian state and investment capital. It sold the Indian state to the world as the attractive destination for investment capital, and investment capital to the Indian middle class as the storehouse of the national renaissance. This conjoined faith in India and investment capital became ingrained in Indians’ political psychology that paved a highway to the BJP’s electoral victory, ten years after, in 2014. The chief architect of this victory was Narendra Modi, then chief minister of Gujarat, whose cause celebre (anti-Muslim riots in Mumbai) propelled him to worldwide recognition.

His Acchi Din campaign played on United States politicians’ feel-good electoral chant: “America’s best days lie ahead.” In Acchi Din, Modi promised India that its best days lie ahead. As soon as he won the election, he sent out a single tweet – Acchi Din aa gaye (“Good Times have arrived”), which was “most retweeted in India’s social media history,” (p. 154) Kaur notes. To Kaur, the message that good times are intertwined with capitalist growth had been etched … in the public consciousness even though the BJP had carefully erased any association with the India Shining campaign” (p. 154). She furthers this point in a more memorable phrase: “The primacy of the capital in postreform New India is apparent as is the capital’s penchant for strong leadership” (p. 47). Capital, in Kaur’s telling, needs bold leaders worthy of government as one India elected in 2014.

Kaur observes that the embrace of the Indian state and capital has given birth to middle-class faith in the putative meritocracy that is firmly planted in the free-market economy. The middle-class jealously guards the laissez-faire market against political intervention, bureaucratic sloth, and miles upon miles of red-tape marked by kleptocracy. Yet middle-class defense of the laissez-faire market is nothing but a stealth indictment of caste-based affirmative action that has made government more inclusive, and precisely for this reason, Kaur argues, “the government was seen as depleted of merit …. In contrast, the domain of market, the private sector ungoverned by affirmative action quotas, was deemed the domain of undiluted merit. It is in the caste-free and therefore merit-based market that innovation and enterprise, the keys to the future, are thought to reside. And this faith in market/merit persists despite the fact that even after two decades of economic reforms the market mechanism has not fulfilled its promise to trickle down wealth to the poorest citizens” (p. 199). Kaur here brilliantly parses the subterranean tropes, or dog whistles hidden in the “incessant calls for minimum government,” which are “rooted in this double-edged anxiety of quota versus merit and government versus market, and it is in this anxious state that the political subjectivity of the Aam Aadmi (common man) is shaped too” (p. 199). The discovery and formation of the Aam Aadmi’s subjectivity, in Kaur’s cutting observation, was a moment of impatience with government that was “categorized as a cesspool of inefficiency, corruption and unmeritorious people who did not deserve to be in the august offices of the state” (p.47).

Kaur takes a long and hard look at these campaigns and uncomfortably notes how skewed they are in projecting Indian identity that is exclusively forged in the interests of the middle class that one advertising executive sums up to her as “I, me, my class.” While contrasting ancient and modern India, she writes how the Muslim image of ancient India is cropped out of the national portrait with the only exception of Taj Mahal. “If the near absence of the Muslim past reflects the contemporary politics of Hindutva in the blueprint of India 2.0, the presence of the commodified Taj Mahal signals the postexotic futures ahead” (p. 119), Kaur concludes. She observes an uneasy coexistence of modern India with what she sees as “the Muslim other.” This otherization, she demonstrates, extends to hundreds of millions of Dalits (formerly untouchables) and low-caste communities, whose political participation, since postreform India, has erased some of their past scars of discrimination. Yet political campaigns and the middle classes, disenchanted with Indian democracy, use political corruption as a subliminal message to discredit Dalit leaders, such as Mayawati and Lalu Prasad Yadav, whose rise in politics is a “miracle of democracy,” as Prime Minister Narasimha Rao once famously put it. Their progressive politics has rekindled the faith of hundreds of millions of members of minorities in what they wish to be a diverse, equitable, and inclusive India.

This diversity, unum pluribus, should be part of the Incredible India campaign, which Kaur spends another chapter to describe. The designers of this campaign get India right in capturing its complexities, consistencies, and contradictions. When they set themselves the task of describing the indescribable land in one word, they scale the ultimate heights of linguistic expressiveness to have found one: “Incredible.” But they do not stop at that. They further want to have the phrase graphically translated to smile at its target audiences. Kaur chronicles how copywriters brainstormed in long and multiple sessions before they came up with the graphic equivalent of “Incredible:” an exclamation point (!). This graphic representation condenses all that India never ceases to amaze its observers with. Kaur here quotes Mark Twain who narrated the incredibility of India in his immortal words: “This is indeed India! The land of dreams and romance, of fabulous wealth and fabulous poverty, of splendor and rage, of palaces and hovels, of famines and pestilence” (p. 59). This is indeed the India that Ravinder Kaur paints for us to exclaim in delight. She shines in every page of Brand New Nation, and every page is a treat of elegant writing, sharp insights, and nuanced analysis.

Tarique Niazi, Ph.D. is a Professor of Environmental Sociology at the University of Wisconsin at Eau Claire, Wisconsin, U.S.A.

[1] Translation of Acchi Din in Hindi into Good Times in English is by Kaur.