The Migration Question: A Highly Politicized Issue threatening to Split the European Union 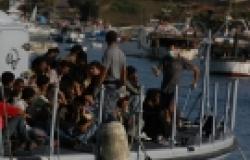 This is the second of a four-part series of posts on Poland’s, Hungary’s and the Czech Republic’s perilous play with the EU’s refugee relocation agreement.

This is not the first time the European Commission reverted to the instrument of the law infringement procedure in the field of migration policy. In 2008, the EU initiated a similar procedure against Greece. Athens was criticized for the lack of sufficient legal guarantees regarding the examination of asylum applications, which became a problem in particular after the transfer of asylum seekers from another member state to Greece under the Dublin regulation. The Dublin regulation stipulates that in principle asylum-seekers will be returned to the EU country in which they entered the EU territory for the processing their asylum application. Also, there was a similar procedure against Germany in 2012, as Berlin was dragging its feet with the implementation of the so-called “Blue-Card” directive, regulating legal third country migration into the EU. Both procedures were successful, as Athens and Berlin adopted the necessary legal adjustments and never questioned the legality of the procedure.

In contrast, the current infringement procedure is quite different, as it is of highly politicized nature. The defiant countries stress the oppressive nature of the relocation scheme on the one hand, and oppose the “EU dictating” and interfering with the realm of national sovereignty in principle. On the other hand, the procedure reflects the annoyance of Brussels over the slow response to the relocation scheme, not just in the Central Eastern European (CEE) area but in all EU countries. While the initial aim of 120,000 refugees to be relocated was not very ambitious, only 20,000 asylum seekers have been moved so far. Positions on the measure also differ among Western EU member states. As of 21 August 2017 Austria has relocated no refugees at all, France has still to take in 15,614 refugees (out of the agreed 19,714), Germany 20,146 (out of the agreed 27,536), Sweden 2,201 (out of the agreed 3,766) and the Netherlands 3,744 (out of the agreed 5,947). The reason for the lackluster response in all the EU has been attributed mainly to the presidential elections in Austria in October/December 2016 and its upcoming general elections in November 2017, the elections in the Netherlands in April 2017, in France in April/May 2017 and in Germany in October 2017, with the migration-critical parties in all these countries threatening to take over central political institutions such as the presidency (in Austria and France) or challenge the established parties (such as in the Netherlands and in Germany). Against this backdrop, the EU is well aware of the highly politicized nature of the relocation scheme and how Eurosceptic parties may capitalize on it in order to shift political balances to the right, i.e. towards nationalist and anti-EU positions in most EU member nations.

Nevertheless, the EU decided to make an example of Poland, Hungary and the Czech Republic which object the scheme completely, in order to “motivate” other countries to take the plan more seriously, in particular given that the scheme expires in September 2017. Not taking any steps would be acknowledging a serious political failure of the bloc. The EU has already a problem of credibility among its member states, as it cannot effectively move against Hungary and Poland concerning the rule of law violation in both countries, as for this the bloc would need an agreement of all member states (minus the countries in question) to impose concrete sanctions. Such an agreement is highly improbable.

Despite the infringement procedure, the CEE governments remain critical of the relocation scheme, stressing that it was never working due to its ill-conceived nature, and that it constitutes a violation of basic EU law. Firstly, according to Warsaw, Budapest and Prague, the scheme was politically “nonsensical” aggravating the refugee crisis, rather than solving it, since the EU’s relocation plan would actually represent a pull factor, encouraging more migrants to come to Europe thus contributing to a probable collapse of the entire Schengen zone, i.e. the principle of border-free movement within the EU, since many countries would start to re-introduce border controls to prevent illegal mass-migration which continues to get 100,000s per year mainly to the shores of Italy across the Mediterranean. This argument highlights that the majority of the asylum-seekers from the MENA region coming to Europe in 2015 and 2016 were actually economic migrants targeting the wealthy welfare states of the EU such as Germany and Sweden, rather than the poorer ones such as Poland and Hungary. This analysis is sustained by the fact that less than a third of the 300,000-400,000 illegal migrants arriving in Italy per year submitted an asylum request at all since 2014. The migrants arrive with the help of a massive fleet of NGO ships, i.e. of private rescue organizations not controlled democratically nor by the European member nations nor the EU who are able to professionally transfer around 1000 illegal migrants per day across the Mediterranean, i.e. as a gigantic illegal “transfer industry” which according to the Italian authorities has been partly cooperating with human traffickers and is making a business out of mass-migration to Europe worth around 35 billion US$ a year according to official estimates by the International Organization for Migration (IOM).

Secondly, the three defiant countries point out that the EU decision of September 2015 to establish forced relocation to be imposed to its member states was illegal, as, among others, the Council applied a majority decision instead of unanimity and did not consult the European Parliament sufficiently. For years, the EU has applied a rule according to which with regard to highly controversial issues the member states would seek unanimity even though formally a majority decision might be possible. If, however, a controversial majority decision is enforced on others, then according to the V4 states it would equal “a tyranny of majority”.

Thirdly, Poland, Hungary and the Czech Republic argue that since the bulk of the refugees prefer the welfare state countries such as Germany, Italy and Sweden who give them immediate and unrestricted full access to all services and features without any previous contributions, they would prefer to leave the poorer ones such as Poland, Hungary and Romania after the resettlement anyway, and these countries would need to stop them against their will and thus violate the Geneva Convention.

Fourthly, according to the V4 there is an increased threat of terrorism as a result of the relocation scheme, as, for instance, IS terrorists are known to infiltrate the migration routes particularly from Libya, Tunisia and Egypt across the Mediterranean to Italy and recruit young male refugees, many of whom come to Europe without any parental company. As the Italian authorities analyzed in July 2017, there were connections between terrorist organizations in Northern Africa and the Mafia criminal organization in Sicily and the Italian South who founded appropriate NGO’s to host the migrants in its own structures paid for by the state, i.e. making a business out of the Italian law that guarantees every migrant 35 Euro per day, i.e. 1000 Euro per month which is more than many Southern Italian pensioners get after 40 years of work. According to the International Organization for Migration, illegal mass migration has become the third most profitable, but much less dangerous business for the Mafia after the smuggling of drugs and weapons. Italian conservative commentators have long speculated that while most bigger other EU nations were hit and although Italy accepts the largest numbers of migrants by keeping its sea borders open and as the only country which offers its ports to the NGO ships carrying mass migrant waves, there were no terror attacks in Italy exactly because due to this policy Italy serves as an easy entry and exit area from and into the EU for fundamentalists not interested in putting the status quo at risk by attacking the Italian peninsula. That is why the relocation plan, according to Warsaw, Budapest and Prague, is dangerous and could endanger the national security also of their countries.