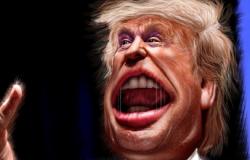 In the run-up to the nuclear deal's second anniversary, Cornelius Adebahr warns of the need for a rational approach to Iran.

For over three decades, American policy towards Iran could build on broad consensus. Democrats as much as Republicans were eager to be ‘tough on Iran’, imposing sanctions on the country, threatening allies over their less hostile relationship with Tehran, and generally not shying away from talk about how desirable (induced) regime change was. In a way, it was a perfect example of the ‘politics stops at the water’s edge’ maxim coined during the onset of the Cold War exactly 70 years ago.

This bipartisan accord has now become the victim of a clearly circumscribed, yet considerable policy success: the nuclear deal of July 2015. Regardless of what its critics say about its – actual and alleged – flaws, it has been successful in that it has verifiably taken the immediate threat of an Iranian bomb off the table. For the past two years, Washington and everyone else around the world have been freed from this concern so that they could focus on other regional and geopolitical challenges, from fighting the self-declared Islamic State to addressing the Saudi-Iranian rivalry to, yes, confronting Iran over its ballistic missile program. All they had to do to be relatively safe from an Iranian ‘breakout’ was to rigorously implement the agreement known as the Joint Comprehensive Plan of Action (JCPOA).

And fully implemented the deal has been, as both the International Atomic Energy Agency (IAEA), the United Nations’ nuclear watchdog, and the U.S. government, under Presidents Obama and Trump, have confirmed numerous times. Still, it seems that Iran has come out of the deal stronger than the United States, for reasons which have nothing to do with the agreement itself: Tehran’s ally, President Bashar al-Assad, is winning the war in Syria; its arch enemy, U.S. ally Saudi Arabia, is losing the war in Yemen; and even in Afghanistan Tehran boldly teams up with the Taliban to drive out the U.S.-led alliance.

This state of affairs so unnerves a number of U.S. policymakers that they want to punish Iran at any cost, starting by undoing the one thing that works: the nuclear deal. Chief among these naysayers is President Trump, who promised to tear up the deal when he was on the campaign trail and continues to whine about it in office. He can count on the support from like-minded opponents of the deal, both in Congress and among some think tanks and lobbyists from the otherwise much-despised Washington “Blob”.

Yet despite a would-be deal-breaker in the White House and a Republican-controlled Congress, Washington has so far held back from nixing the JCPOA.

This is about to change, as the argumentative buildup from UN ambassador Nikki Haley’s speech at a Washington, DC think tank to Donald Trump’s bluster at the UN General Assembly in September indicates. In fact, the administration’s policy on Iran is about to become so disentangled from reality that it turns the bipartisan principle of foreign policy on its head: It makes foreign policy itself “stop at the water’s edge”, with decision in DC being taken on the basis of presumed domestic benefit and wishful thinking.

To understand the sad irony of this twist, consider the following scenario. On October 15, President Trump refuses to certify to the U.S. Congress that Iran is in compliance with the JCPOA. He does so regardless of any evidence in support of Iranian non-compliance, but merely because “he [does] not want to”. The Iranian government immediately accuses Washington of breaking the deal and tests another of its missiles in response. Both the White House and Congress respond by talking of the need to increase the pressure on Iran over what they claim to be a reckless violation of the deal.

With two dangerous steps up the escalation ladder, the conflict is likely to further intensify – still, the fact is that neither side has yet breached the JCPOA. The certification is a purely domestic requirement that the U.S. Congress imposed on the President with the Iran Nuclear Agreement Review Act of 2015. The only consequence of Trump ‘decertifying’ Iran is that the U.S. Congress can then reinstate, in a 60-day period and under expedited procedure, the statutory sanctions that were suspended pursuant to the JCPOA. If Congress decides to do nothing, or fails to garner a majority to bring about sanctions legislation, then the JCPOA remains untouched – technically speaking.

Yet this does not count much in an environment of mistrust and with an overall foreign policy detached from facts on the ground, instead fuelled mainly by bellicose rhetoric. (No doubt, Tehran’s hawks are as good at this as are Washington’s.) Unless cooler heads in the U.S. and among American allies find a way to preserve a minimum level of rationality in the administration’s approach to Iran, there’s little hope that the Iran deal will still be in place on the second anniversary of its entry into force, in January 2018. Instead, the region may be embroiled in another violent upheaval of the United States’ own making.