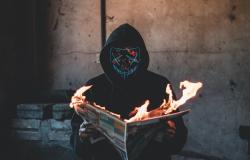 1. The term “BIPOC” – an acronym for Black, Indigenous and People of Color – has recently surfaced in public discourse. Does the term run the risk of conflating he experiences of multiple groups into one?

We live in a world that feeds off of snappy catchphrases and bite-sized acronyms. While it is understandable that media-saturated people often do not possess the time or attention spans to delve in to all the details, this leads to a rise in over-simplification. The original term People of Color (POC) was criticized for combining the diverse and complex experiences of all non-white people into one catch-all phrase. In answer, the term BIPOC was created – however, it too faces critique for its lack of nuance and for still not adequately addressing the assumption that all non-white people can be placed under an umbrella term. This is seen by different groups as attempting to erase their unique experiences.

Inclusivity demands a layered understanding of diversity. It requires actively examining different contexts of history, society, economy, race, and class. Inclusivity cannot happen if various groups of individuals who possess different social contexts (positionalities) are merged into a term that assumes an aggregated, generalized experience – especially not one that views people of different races through a lens of whiteness or non-whiteness.

While it is wonderful to see that public discourses are becoming more representational, now is not the time to create a shallow rhetoric that relies on pithy catchphrases and acronyms in order to appear diverse.

Polarization is one of the greatest challenges of our time. It is hard to recall another period in history where the world was divided into two distinct camps, and so emotionally so. What we see in the public discourse today is no longer simply about political polarization, but represents ideas on morality. This is what makes these conversations so difficult: it is one thing to challenge a person’s political ideology, but it is quite another when it becomes the incredibly personal and ethical challenge that we see today.

Sara Ahmed’s work on the cultural politics of emotion shows us how our emotional reactions are less psychological than we believe – they are formed from our social environment, including the media with which we chose to engage. In order to have productive conversations, it is imperative to first examine our own viewpoints and become informed on all sides of the discussion. It is important to gather factual evidence from credible sources from both sides of the argument, as misinformation comes from all sides. Since we find ourselves emotionally aligned to one particular side of a discussion, we often unconsciously give leeway to misinformation that supports our perspective. Thus, it is important to examine these internal biases.

3. Some mainstream media outlets have adopted racist narratives in their coverage of COVID-19, particularly by using generic Chinatown photos for coronavirus articles. This has stirred public outcry and led to calls for better journalism. How can journalists and newsrooms be more mindful of their editorial decisions and implicit bias?

It is easy to forget that the media is a business. The main job of the media is not to inform us, but to generate profits. Every piece of media we consume has been tailored in some way – large or small, obvious or not – to target a specific audience and to perpetrate a stereotype. When the stereotypes align with our own implicit bias, it can be harder for us to notice them, become enraged or challenge their validity. The use of Chinatown photographs to illustrate coronavirus articles is poor, unethical journalism. But even more than that – it is obviously poor, unethical journalism. It represents conspicuously shoddy fact-checking, a lack of journalistic principles, and those responsible should definitely be held accountable. However, when we consider that all media – as Herman and Chomsky’s propaganda model of corporate mass media shows us – is inherently manufacturing consent, perhaps we cannot expect the media to stop perpetrating implicit forms of bias. This does not mean that we cannot hold newsrooms and journalists to a higher standard – this is a must. However, media literacy education, and our own critical appraisal of the media we consume, is imperative. As an economic enterprise, the media requires us as consumers to be its watchdog.

4. Do you think the media is playing an increasingly critical role in the erosion of democracy during the 21st century? Why or why not?

As discussed earlier in this interview, the polarity of our current world is one of the defining issues of our time. The media has played a pivotal role in the creation of this polarization and also in its maintenance. This has actively worked to erode democracy and the ideals that it seeks to uphold.

We have seen a new media-based vocabulary come into existence – echo chamber, cancel culture, online clicktivism, to name a few. So many of our interactions with each other happen across, and are facilitated by, various media platforms. Since we tend to access media that consolidates our own opinions and views, we often interact with information and people on only one side of the debate or political sphere. This has actively resulted in the partisan divides that feed into policies and laws. It is an interesting conundrum – how has an age of unparalleled access to information, views and opinions resulted in an informational tunnel vision?

One reason could be the lack of interest in political information that challenges our own – and this is where the media plays the biggest role. The extreme polarization in the media itself, complete with soundbites that can easily be shared without nuanced understanding, has made it increasingly difficult for democracy to function.

5. As an increasing amount of our daily activities go online, misinformation across digital channels has also increased. How can international agencies, newsrooms and organizations help fight the spread of disinformation during COVID-19?

For every supposed ‘fact’ about COVID-19 reported in the media, a conflicting ‘fact’ is soon to follow. In this environment, it is difficult for the public to know what piece of information is accurate and which source to trust. On one hand, it is important to acknowledge that these are unprecedented times, and the confusion is not solely stemming from the media. However, the need to be first with a piece of information, to have the scoop and thus the monetary benefit that comes from it, has resulted in hasty fingers pressing the publish key.

In South Africa, as in other countries, anyone that creates or spreads fake news about the coronavirus is liable for prosecution. Has this had any effect on the amount of misinformation that is spread? The answer is maybe – only post-COVID-19 research on the matter will be able to give us the answer. However, international agencies, newsrooms and organizations have had to learn very quickly how to hold back on publishing information and to invest time in verifying the accuracy of their publications. In academic circles, there is a lot of excitement about the changes that COVID-19 could usher in for education, capitalisms, how we work and live, and the role of media and information. Perhaps it is a call to take things a bit slower – to value information not for its hasty delivery, but rather for its precision and value. There are so many lessons to be learned from this very difficult year, and the media seems to be going through a lot of schooling.

Sarah Richmond is a lecturer at Sapporo International University and is based in Johannesburg, South Africa. She is currently pursuing a postgraduate degree in critical diversity studies with a focus on necropolitics. She is a Global Governance Futures 2035 fellow. Views expressed here are her own.

Photo by Connor Danylenko from Pexels