A Century Ago: From Brest-Litovsk to Rapallo 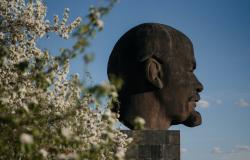 Branko Milanovic looks into Russia's past foreign policy to uncover superficial similarities and stark differences with the present.

The Moscow-backed Kharkov government is holding out. The Rada-backed Kiev government is claiming to stand for the whole of Ukraine.  German arms are crossing the border. The Anglo-American expeditionary forces are landing in Murmansk and Arkhangelsk. The French are in the Crimea. The Japanese have just taken Vladivostok. The Caucasian republics are independent. Two generals’ and one admiral’s forces are moving, at times at incredible speed, toward the capital. The Far Eastern Republic, with a constitution written in English, is hoisting its flag.

The government in Moscow is under stress.

This was the situation almost exactly 100 years ago in the Eurasian space from Poland to China. There are superficial similarities with today, highlighted in the first paragraph. But there are two fundamental differences: ideology, internationalism vs. nationalism, and quality of leadership, broad horizons vs. the thuggery of the mean streets of Leningrad. History repeats itself—but not quite.

The third volume of E.H. Carr magisterial “The Bolshevik Revolution” deals with foreign affairs of the Bolshevik government that, under the German-Finnish military threat, moved its capital from Petrograd to Moscow. Carr’s book is so rich in detail and so excellent in their interpretation that I doubt that a performance like his could be replicated today. Perhaps that we know today much more about each individual event from one hundred years ago than Carr did in 1952 when the volume was published; but it is only with Carr that we can comprehend their meaning—not as in an upper-case History way, but in the explanation of both why certain things happened and what were their consequences.

Carr’s book moves from the Brest-Litovsk humiliating peace agreement with Wilhelmine Germany that the Bolsheviks signed in February 1918 (only thanks to Lenin who insisted on it; Trotsky refused to go to the signing ceremony; Chicherin signed it) to the Rapallo treaty in 1922. It was a tacit alliance with by then the defeated but militaristic and revanchist Germany. The two points encapsulate the beginnings of a duality in the Soviet Union’s foreign policy.

On the one hand, the Bolshevik government saw itself in the first couple of years merely as an accidental success case, ready at any point in time to transfer the center of gravity of the world revolution to Berlin or Paris: “We shall be glad –said Zinoviev in 1919—if we succeed in transferring the place of residence of the Third International…as quickly as possible to another capital, for example Paris”. Added Trotsky, “If today, Moscow is the center of the Third International tomorrow the center will move West, to Berlin, Paris, London” (p. 132). Bolsheviks were proud of their accomplishment but aware that Russia was backward and that it was an anomaly: the weakness of Tsarism made the revolution possible. But the correct course of history, as foreshadowed by Marx and Engels, would retake its course and the revolutions in Berlin and Paris would bring Europe to the forefront of revolution—exactly where it should be. It was also, they thought, the only condition under which the Moscow government, besieged from all sides by imperialists and domestic reactionaries, could survive.

Yet the revolutions in the West were not coming. Several attempts in Germany failed. August 1920 when the Second Comintern Congress took place, was, in hindsight, the high point of Bolshevik optimism. Trotsky’s army of workers and peasants was advancing on Warsaw. Soviets were springing up across Germany, and the European revolution was only—it seemed—weeks away.Then things changed. The Red Army was defeated before Warsaw, the Soviets in Germany were put down, the German social-democratic party already split into two, further splintered into four, and the uprising in the West was postponed sine die.

The rulers in Moscow who signed the humiliation of Brest-Litovsk just to hold onto power for the time being, in the near certainty that it was only a matter of months until a friendly proletarian government arose in Germany, had to go back to the drawing board. If the revolution in Europe was not around the corner, then the preservation of the Soviet Republic in Russia was crucial. For only with it, as a free territory to which communists could withdraw and from which they could plan their forays, may revolutions elsewhere occur. If it was defeated, there would be nothing left.

Thus was the dual policy of the Soviets born. The Soviet Russia’s government (there was no USSR yet) had to participate with capitalist powers in the daily business of running the world. At the same time, the revolutionary part of the government in Moscow had to undermine the very same capitalist  powers  with whom it was negotiating trade treaties, by supporting their communist foes. It was a difficult equation. Originally, it seemed to give a lot of flexibility to Moscow, but in reality made everybody unhappy. Communist parties, after undergoing numerous splits and shedding membership in the process on Moscow’s demands, found themselves being further decimated by own governments that maintained cordial relations with the very same Moscow. Persia, Turkey, Italy, even Germany are the cases in point.

Ideology however was a powerful force. It spread  Bolsheviks’ influence far and wide: from Japan and Korea to China, India, Persia, Turkey and the United States. Zinoviev, the head of the Third International, could think himself the president of the (revolutionary) world. Perhaps no-one in history had ever came so close to seeing himself in that role. Lenin, incapacitated by the illness in 1921, made a huge effort to participate in all Comintern’s congresses during his life. But he did not run it. Zinoviev did—a thing which probably contributed to his innate vanity to make him, in the simultaneous battles waged within the Russian Bolshevik party, partner with Stalin against the too-brilliant and ever-vacillating Trotsky.

Carr was criticized for coming close to adulation of Lenin  There is no doubt  that he admired Lenin’s clear-eyed realism and Machiavellianism. Whenever difficult decisions had to be taken, Lenin (who before 1914 was thought of as an entirely useless dogmatic, lost to the real-world politics) took them. Carr also shows the power of the Lenin-Trotsky duo. The indubitable qualities  of Trotsky—intelligence, organizational skills, even extremes in whatever position he happened to hold at a given point in time—came to the fore thanks to Lenin’s oversight and guidance. And Trotsky’s willingness to accept him as the ultimate arbiter, a role he never granted to anyone else. But once Lenin was gone, all the equally indubitable defects of Trotsky—arrogance, disdain for friends and coworkers, abstract thinking—reappeared, and led to his downfall. But this is the topic of Volume IV, “The Interregnum”.