Ban this book! A review of Daniel Markovits’s “The Meritocracy Trap” 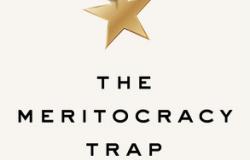 Daniel Markovits has written in “The Meritocracy Trap” such a frontal assault on the meritocratic system that undergirds and sustains today’s US society that, were the book on a similarly self-sustaining ideological rationale written in pre-revolutionary France, or Brezhnevite (let alone Stalinist) Russia, the book would have been burned and its author sent into exile or worse.

Markovits argues that “what is conventionally called merit is actually an ideological conceit, constructed to launder fundamentally unjust allocation of advantage” (p. 268). The system is relatively easy to explain by writing it as a modified Marx’s famous M-C-M’ scheme (invested money => production of commodities => more money). Here it is M-E-M’ where E stands for production of children’s education. The moneyed elite, itself well educated and hardworking, dedicates an enormous amount of effort and money to place its children through the most expensive, elitist and competitive education system in the world that begins with pre-K and ends with the graduate school—in order to make sure that children earn even higher incomes and stay on top. “Meritocracy” is thus just another way to create and maintain a de facto ruling class, an aristocracy, where the birth advantage (fundamental to its power) is concealed by educational credentials. In a number of instances, Markovits indeed likens today’s meritocracy with the old-fashioned aristocracy (and not always favorably).

Meritocracy has several features. Its members are highly educated and credentialed; they are hardworking (“[t]oday’s Stakhanovites are the one-percenters”, p. 81) and combine “progressive virtues” of inclusion and privacy, with “conservative virtues” of hard  work, saving and contempt for the poor. 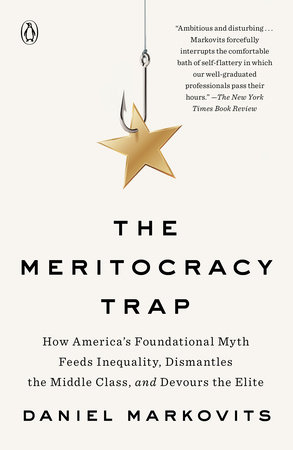 Education is the key mechanism through which meritocracy reproduces itself. The investment in children’s education begins at age 2. By the time children of the rich get out of the graduate school, the cumulative difference between parental investment and subsidies provided by the elite schools they have received, and investments along the similar path taken by the children of the middle class, attains an astronomical amount of 10 million US dollars.

The scions of the rich thus become managers of an enormous fortune, their own personae. Their behavior can then in turn be best understood to be that of a wealth manager who is in charge a peculiar and huge wealth portfolio: themselves. No moment may be lost in not putting that capital at work, for every moment lost is a loss of income. The children too become Stakhanovites.

The numbers that Markovits cites about the sky-rocketing tuition costs from the private kindergartens to graduate schools are by now such common knowledge that they are not worth repeating here. Equally well known, thanks to the work by Chetty et al. is the skewed top college admission system where the elite schools cater only to the top decile of US income distribution and the likelihood of those whose parental income is below the median of entering these schools is approaching zero.

One will find many (at times, too many) such data in Markovits’s book. But its main point lies elsewhere: to explain how such outcomes are not accidental but fully consistent with the pattern that enables the elite to reproduce itself and to fend off challenges from the lower parts of the distribution. “Meritocracy sustains dynasties [and the ruling class] by reconstructing the family on the model of a firm, the household on the model of a workplace, and the child on the model of a product.” (p. 116).

While the meritocratic project is a success since its values of hard work, personal responsibility and transmission of advantage to the next generation are widely admired and emulated throughout the world (China may be perhaps an even more extreme example than the United States), meritocrats’ lives are not a bed of roses. Meritocrats (called by Markovits the “superordinate" workers) work longer hours than the less paid workers, their life is a continuous stream of income-maximizing decisions, devoid of being “rooted” in a community and its neighborhood. Meritocrats’ relationships with the rest of the world are wide, they include people of equal status and money from many parts of the world, but they are shallow.

It is not an easy book to read—at many levels. Its messages are harsh and brutal. It is not always best written. There are long and repetitive passages.  Were it cut in half, it would have gained in power. But its main message is clear and loud: “Meritocracy has become the single greatest obstacle to equal opportunity in America today” (p. 27).

PS. I am sorry to have to say that but I do not think that I have ever read a book the is so badly produced (Penguin’s is the publisher). The book is chock-full of interesting statistics but there are no footnotes; there are not even end-notes. What exists are pseudo end-notes which are linked to the text by a few words written in the main text. When one reads the book, one has no idea whether there is an end-note or not. Such end-notes are quasi impossible to find and when one finds them, the font is the smallest possible on record, so they are illegible. For all intents and purposes, the book has no notes.