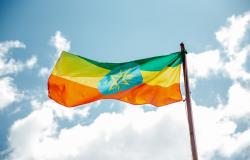 Teferi Mergo argues that faced with limited options the international community must support a political settlement between Ethiopia’s warring federalist and the unitary camps.

The Ethiopian state is facing an existential threat, with devastating civil conflicts raging in many parts of the country. The key drivers of these conflicts are the unresolved contestations between the two opposing views about the identity of the country (the federalist and the unitarist views), and they must be resolved adequately to avert a calamitous collapse of the state. The only course of action that can restore some semblance of peace and stability to the country appears to be a robust measure by the international community – a concerted effort backed by a credible threat that induces the warring parties to resolve their differences through dialogue.

Powerful nations from the West and the East have supported successive authoritarian Ethiopian regimes for their own strategic and geopolitical reasons. Although some of the foreign aid to Ethiopia has been utilized properly (e.g., the improvements in health outcomes in Ethiopia can be linked to the investments made in its health sector, made possible with foreign aid from the West),  Ethiopia’s Autocracy and Authority scores have worsened, even as the volume of aid to the country increased monotonically.

An empirically unsupportable variant of modernization theory – the hypothesis that democracy is an outcome of economic progress – has been used to justify authoritarianism in Ethiopia, while the country addressed its pressing economic problems. However, the facts on the ground suggest that democracy can’t wait in Ethiopia, with different nationalities demanding to secure the right to self-determination enshrined in the country’s constitution.

Still, there might be some within the international community who continue to advocate for a revamped version of the same old policies, with the view that the so-called developmental state approach – where an authoritarian leadership can “deliver on ambitious development plans” – might be more appropriate for a country like Ethiopia. Worse, there are influential people who have bought into the idea that the existing federal order in Ethiopia must be replaced with other political arrangements to “unify” the country.

Both perspectives are wrong. While Ethiopia is not expected to become a Jeffersonian democracy anytime soon, there is no reason why the country lags its African peers in terms of human freedom. It ranks within the bottom tenth of African countries in terms of the Human Freedom Index, and it has been classified recently as not free, despite undergoing major upheavals in the last fifty years to institute a democratic government.

The recent change in the country was powered by the youth who believed in the cause of freedom and justice, and it is unlikely that millions of the same young people – who are unemployed, and educated enough to understand the impact of governance on other indicators of development – will settle for anything less than having a government that is representative and accountable to all Ethiopians. In particular, if Ethiopia’s governance record continues to deteriorate, and its misery index worsens (high levels of unemployment coupled with skyrocketing inflation), it is difficult to see how the youth will take kindly to their deteriorating prospects for better life.

The possibility that the government can successfully crack down on dissenting voices – à la Al Sisi’s regime in Egypt, for instance – is far from being achievable either. The once formidable Ethiopian army (ENDF) seems incapable of defending the country’s borders, as it is overstretched trying – unsuccessfully – to contain ethno-nationalist insurgencies in Tigray, Oromia and Benishangul. It appears that the ENDF has lost some of its hardware and personnel in the Tigray operation, and it could be experiencing difficulty replenishing its forces with manpower, partly due to the ethnic dimension of the conflict that the country has plunged into. Here is, for instance, a recent speech in which the Ethiopian Prime Minister, Mr. Abiy, expressed his anguish that the ENDF is having difficulty finding new recruits – and pleading with the youth to join the army to protect the country from “enemies from near and far”.

Despite the earlier premature announcement by the government that the military phase of its Tigray operation has ended, the Ethiopian youth – who might otherwise be motivated to enlist – could be sensing that the ENDF is weakened significantly, concluding that fighting for Abiy’s government is a lost cause. This might also explain why Eritrean forces and ethnic Amhara militias – who have different agendas of their own than Abiy’s – are deeply involved in the Tigray operation, causing ethnic cleansing and possible war crimes that are only beginning to capture the attention of the international community.

To complicate matters, consistent with both the Greed and Grievance models of civil wars, the perceived weakness of the ENDF and the near genocidal actions of the Amhara militia and the Eritrean forces – coupled with a strong tradition of and preference for rebellion in the country when mistreated – might be serving as an inducement to the Tigray and Oromo youth to join their respective regions’ rebel groups (the Tigray Defense Forces and the Oromo Liberation Army) in large numbers. The latest reports from both Oromia and Tigray suggest that this process is well underway, and odds are that the Ethiopian state might have just entered uncharted territory, with additional outside forces angling to influence events in the country to suit their narrow interests regardless of the dire consequences.

Ethnic polarization is indeed a fact of life in Ethiopia. It is baked into the country’s fabric, and it wasn’t invented – as some are arguing – by the Tigray People’s Liberation Front or the Oromo Liberation Front, groups that are fighting for their respective groups’ self-determination. The prevailing multi-national federation was instituted in the early 1990s to address the historical grievances of the conquered nationalities in Ethiopia, and any regressive tinkering with it will most likely lead to a chaotic disintegration of the country. The argument that the prevailing language-based federal structure in Ethiopia poses a threat to the unity of the state belies the facts on the ground. Indeed, for Ethiopia to have any chance of surviving the current conflict in some form, the contest between the federalist and the unitary camps must be settled democratically.

Consequently, there are limited options that are on the table if the international community aims to avert a Yugoslavia-type disaster from occurring in Ethiopia. In addition to ramping up humanitarian efforts to assist victims of the conflict, and demanding that an impartial investigation be held into the reported possible war crimes and ethnic cleansing, it is important for responsible international actors to use their power and influence to compel Mr. Abiy to abandon his unrealistic totalizing vision for Ethiopia.

Most importantly, the international community must launch credible initiatives that could facilitate a lasting political settlement between the federalist and the unitary camps in the country. A political process that excludes the federalist camp – which Abiy appears to be engineering – will only add fuel to the ongoing conflict in the country. Democratization in Ethiopia today can’t be separated from the fulfillment of the promises of its current constitution to its nationalities. Realism thus demands that responsible global players prioritize the reconciliation of the age-old demands and anxieties of the federalist and the unitary political camps in the country.

Photo by Kelly Lacy from Pexels