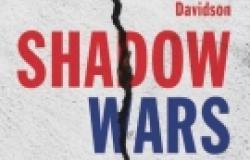 Having authored many articles and monographs on various aspects of the politics, international relations and political economy of the Persian Gulf, Christopher Davidson has now provided us with a timely and wide-ranging analysis of recent events linked to the Arab Spring across the whole Middle East. For most observers of the region, the Arab Spring is categorically seen as one of the world’s most significant geo-political shifts since the end of the Cold War: yet debates continue about what factors have led to subsequent violence, extremism, authoritarian retrenchment and the general failure of the ‘Spring’. Davidson boldly explores this issue by examining how the counter-revolution has been largely driven by external interventions – which have been both overt and covert, aggressive, and almost exclusively orchestrated by Western powers. Shadow Wars offers an inclusive analysis, however, and does not spare Middle Eastern actors, with past and present regimes, extremist movements and key individual figures all receiving a great deal of attention. While most discussions of the Arab Spring focus on a small number of actors, issues and processes, in Shadow Wars Davidson presents the most comprehensive analysis to date and anchors its rationale by emphasising the suffering of the region’s ordinary people.

The reader will appreciate the book’s use of a unique body of empirical evidence. In particular, Davidson’s use of hundreds of confidential and declassified documents offers us new insights into Western intervention in the Middle East and the extent to which key Western powers will disregard the political and economic goals of ordinary Middle Easterners in their pursuit of the region’s resources. The analysis of these sensitive documents is reinforced by a range of interviews with key former officials from Western and Middle Eastern states, journalists and activists, offering the reader a wealth of facts rarely seen in a single piece of work. Furthermore, Shadow Wars takes up the challenge of investigating the causes of the failure of the Arab Spring by adopting an approach that sees the history of Western involvement in the region as part of an enduring process that casts a long shadow on contemporary (and for Davidson, certainly future) regional phenomena.

The chapters throughout this book are all important to read. Davidson presents the central framework of analysis in chapter one, which explores counter-revolutions as disturbingly constant features of politics, and as largely being influenced by (if not determined by) external powers. The book’s central thesis rests on an appreciation of the historical pattern of Western intervention in the Middle East and the focus of key external actors like Britain, Russia, France and the United States on the region’s natural resources. The earlier chapters draw on a vast body of evidence to highlight the ways in which Western states have perceived threats to their regional interests, whether by Arab nationalism, socialism or indigenous radical ideologies, and what has become a standard Western response to these threats: intervention and counter-revolution. Davidson demonstrates that following the emergence of Western domination over the region, stability and consistency in Middle Eastern politics have been the linchpins of Western policy. Shadow Wars then assesses the ways in which the West has been complicit in the co-opting and subverting of Islam (which Davidson rightly characterises as an essentially peace-promoting religion) by adherents of extremist ideologies. Here, the use of Islamist groups as counter-weights to Arab nationalism and Soviet communism during the Cold War era is analysed.

In the middle chapters Shadow Wars presents the bigger picture of how the long-standing interests of Western states were threatened by the potential of region-wide change in the Middle East post-2011. It also identifies the ways in which the Arab Spring was arrested by Western states (especially the USA and UK) and the impetus of the moment taken out of the hands of the mass of protesters and civil society movements. Davidson argues that the violent course of the Arab Spring in Libya and Syria was largely the result of regional and external powers utilising the opportunity to remove (or at least undermine) two governments that had long proven antagonistic to Western interests. The case is presented rather convincingly that these two states, in effect, constitute a ‘fake Arab Spring’ with legitimate and indigenous mass social movements being manipulated and transformed. The same did not happen in Tunisia or Egypt because these states were long-standing allies of the West. Finally, the latter chapters explore the emergence of the Islamic State, the role of external actors in its rise (including Western states), and its use as part of the grander Western-directed counter-revolution in the region. Here, the Islamic State is described as a strategic asset, and central in ‘the manufacturing of evil’ that necessitates continued Western intervention (presented in terms such as ‘support’ for Middle Eastern actors in ‘the fight against terrorism’).

The only limitation to this ground-breaking work is that Davidson, like most other scholars commenting on the Arab Spring, does not examine the (largely hidden) potential of ordinary Middle Easterners to resist and/or respond to the intervention of regional and external state-level actors in their societies. Yet, this does not diminish my enthusiasm for this book, and overall Shadow Wars is more than convincing in its final conclusions: Western states, their constituent corporations and regional clients are threatened by self-determining Arab states. They have foiled the Arab Spring, and even managed to covertly use the uncertainty (inherent within any revolutionary moment) of 2011 onwards as a pretext to deepen their interference in the region’s political, economic and security landscape, and strike at their enemies. Davidson’s characterisation of the Islamic State as a ‘gift that keeps giving’ is thus rather telling. This book should be an essential point of reference for anyone trying to understand what went wrong with the Arab Spring, and for those aspiring to find ways to build a brighter future for the region.

Being a Feminist Academic in Pakistan, and Why Open Access is Necessary for Decolonizing Academia. An Interview with Ayesha Khan.