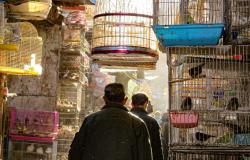 This waking nightmare is a policy choice of the US government. When the Taliban became the de facto government in August 2021, the Biden administration decided to deny Afghanistan’s central bank, Da Afghanistan Bank (DAB), access to most of its $7bn-plus international reserves in the US. Without access to foreign reserves, it is virtually impossible for DAB to fulfill its basic central banking functions. And without a functioning central bank, economic collapse was almost inevitable.

The blocking of DAB assets, and the subsequent executive order setting aside half of those assets for potential compensation for victims of the 9/11 attacks, have been widely condemned by lawmakers, economists, UN human rights experts, civil society organisations, 9/11 victims’ families and everyday Afghans.

After months of pressure, there are now reports that the Biden administration is in talks with the Taliban for an as-yet-undetermined mechanism for using half the assets to help address the crisis.

But while various workarounds have been proposed, I know – as former general director of the Central Bank of Ecuador – that there is only one path that can halt this crisis and help to end the suffering of the Afghan people: allowing DAB immediate access to its foreign reserves in full.

This is particularly important for an economy such as Afghanistan’s, which requires foreign currency to pay for much-needed imports, including food and medicines. That is why, over the course of decades, DAB built up billions of dollars in foreign reserves, at great opportunity cost.

When DAB lost access to these reserves and, at the same time, humanitarian aid abruptly collapsed, there was suddenly a serious shortage of cash available to purchase goods. Issuing more money was not an option, because without foreign currency to underpin it, the afghani (the country’s unit of currency) would quickly lose value.

In fact, when DAB was blocked from accessing its reserves deposited abroad, the afghani/dollar exchange rate (which had been fairly stable for more than three years) depreciated sharply, causing inflation – especially food prices – to rise. Millions of households have lost salaries; private banks do not have enough cash to allow withdrawals; and, even where there is food on the shelves, many cannot afford it.

Using the frozen funds to pay for humanitarian assistance would do little to restore a functioning economy. Alternatives such as trying to reinject liquidity into the market without going through DAB would also be inadequate. This would undo years of development of DAB capacities (in which the US invested heavily) and contribute to an unequal, criminogenic environment without effective regulation – prone to concentration of liquidity and economic power in a few hands.

Bypassing DAB with US cash would also weaken the central bank’s electronic payment system and severely hurt its lending potential for the purposes of economic recovery. In short, every country needs a central bank, and bypassing DAB now would undermine the institution’s long-term mandates.

The funds would be most effective if released to DAB in full and at once. Foreign reserves serve a purpose not only when they are put to use – for example, when exchanged for imports – but also when not in use, as a reserve stock. The overall stock of foreign reserves is a critical macroeconomic indicator. Holding adequate reserves signals that the central bank has the resources needed to manage potential outflows, that the currency has backstops, and that the country is a safe place in which to do business.

Foreign reserves can also serve as collateral for new debt and imports – the greater the stock of reserves, the greater the ability to acquire financing. This is particularly critical for import-dependent Afghanistan in the face of soaring global food prices.

As the head of the United Nations Development Programme (UNDP) in Afghanistan stated in November, “Afghanistan last year imported about $7bn worth of goods and products and services, mostly foodstuff ... If there is no trade finance, the interruption is huge.”

The roughly $7bn the US has frozen – along with $2bn that DAB lost access to when the UK, Germany, Switzerland and the UAE followed suit – constitutes almost all DAB’s foreign reserves. The US also has a leading influence at the International Monetary Fund (IMF), which de facto froze $440m in ‘special drawing rights’ (an international reserve asset created by the IMF) for Afghanistan last year.

Without access, the country’s stock of international reserves is effectively zero. If there is no guarantee that DAB will have access to its foreign reserves, this will significantly undermine attempts to tame inflation, or to access financing for imports.

In short, economic stability depends heavily on expectations. Without a fully functioning central bank with full access to its foreign reserves, business partners will have little reason to regain confidence in the Afghan economy.

It is understandable to worry that some of these funds could be used by the Taliban for objectionable purposes. But the people of Afghanistan are starving as a direct result of an illegal and immoral policy decision by the Biden administration. Every concession toward false solutions, and every moment spent negotiating, dims the prospects for economic recovery and extends the suffering of the Afghan people.

Andrés Arauz is Ecuador’s former minister of knowledge and a former general director of the Ecuador Central Bank. He is currently a senior research fellow at the Center for Economic and Policy Research (CEPR) think tank in Washington, DC.