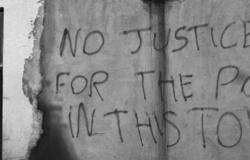 Time is running out for a global target on national income inequality. The current proposal actually allows for greater income concentration at the top of the chain.

The final terms of the new global framework, the sustainable development goals, will be agreed at the United Nations summit in New York this Friday. For the first time the world will adopt a global target to reduce national income inequality. But time is running out to make sure the target is effective.

The value of setting such a target is clear. There is mounting evidence of the damaging effect of income inequality on development goals and economic growth prospects. And this global framework provides an opportunity to agree a norm that might not be politically possible at a national level in some countries.

The draft resolution seems to leave no doubt about the consensus on inequality:

Sustained, inclusive and sustainable economic growth is essential for prosperity. This will only be possible if wealth is shared and income inequality is addressed.

Yet the specific goal on inequality relates to the bottom 40% of the population, requiring that their income growth is sustained at a rate higher than the national average. This measure ignores the top of the distribution – the rich – so it feels more like an assessment of the pro-poorness of growth, or how much this growth benefits the poor.

In fact, the SDG target falls between the World Bank’s shared prosperity goal (positive income growth of the bottom 40% of the population) and a target to reduce what we have called the Palma ratio – the ratio of national income shares of the richest 10% to the poorest 40%. Ninety leading economists and development thinkers signed a letter in support of a Palma ratio target, and Joseph Stiglitz wrote a paper calling for one.

Measuring the income of the poorest 40% against national growth means the SDG target lacks the Palma ratio’s comparison with the rich. It supports the shared-prosperity goal’s implication that the wealth of the people at the top is unimportant – all that matters is a measurable improvement for people at the bottom.

By creating an inequality target that doesn’t involve the top end – the rich – the SDG target actually allows room for greater income concentration at the top. The goal could be met by an increase in the income shares of both the bottom 40% and the top 10%, at the expense of the middle. Should such a scenario, which is relatively uncommon as we show in a new paper but could imply an increase in overall inequality, really be considered a development success?

There are two further reasons why the SDG target is weaker than one involving the Palma ratio. First, the SDG target hides rather than clarifies the role of top incomes. But we know that top incomes are the driver of inequality – so how could we even call something that excludes them an inequality target?

Second, the actual target is the weakest possible: it asks not for a specific level of growth in the incomes of the poorest, but simply any growth at all above the national average. So an increase between 2016 and 2030 of 0.01%, for example, in the national income share of the bottom 40%, will tick the box. Take that, inequality!

Time is running out, of course. By this Friday, the chance to set the measuring and curtailing of income inequality as a global norm might be gone until 2030. And then we’ll be relying on the UN statisticians to see if top income shares are even part of the SDG indicators, never mind being part of a target.

This piece first appeared on the Guardian.