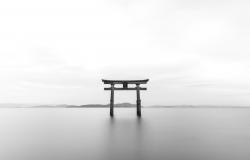 The desire for Japanese and Western business to wean their operations from China, but remain engaged in the Chinese consumer market, is already creating a noticeable effect on global supply chains and manufacturing capital. With the support of the government, Japanese firms will diversify their supply chains to diminish the burdens associated with the increasing costs of doing business with China, the ongoing US-China trade war, and China’s growing political and economic dominance. This trend is expected to further accelerate the shift in production to ASEAN, where Japanese company affiliates have a well-established presence, as the Japanese government implements a strategy of paying its companies to shutter their Chinese operations and manufacturing plants. The implementation of this global plus-one strategy to reduce dependence on China has increased in importance as the COVID-19 pandemic increases pressure and erodes trust between Beijing and Tokyo’s global and regional supply chains.

A supplementary budget for fiscal year 2020, a part of Japan’s Covid-19 relief package, encourages supply chains investments back into Japan (JPY 220 billion, or US$2.1 billion) and the diversifying of overseas investment away from China and into ASEAN (JPY 23.5 billion, or US$ 220 million). In the first round of applications, ending June 2020, the Ministry of Economy, Trade and Industry (METI) selected 57 companies to assist in shifting their operations to Japan, and another 30 companies to receive support to relocate to Southeast Asia. The second round of applications, closing in July and including India and Bangladesh as qualifying relocation countries, saw an 11 fold increase in responses.

The current subsidy program focuses on the production of goods that are either important to public health, are strategically important, or are manufactured largely in China as part of the ‘China Plus One’ supply chain management approach. Japanese subsidies and reshoring efforts may enhance domestic national security and benefit Japan’s small and medium-sized firms, boosting redevelopment plans and domestic output of items that are largely imported.

Even before the coronavirus pandemic, Japanese companies had begun shifting their production away from China. Over the last decade, Japanese companies have been gradually moving out of China. Economic factors have led some firms to expand their production capacity to supply an expanding Chinese market, while others have moved to Thailand, Vietnam and other Southeast Asian countries seeking lower labour and foreign exchange costs compared to China.

Japan seeks to expanding its production in ASEAN which have already reached a net US$139 billion over the last decade. Vietnam has emerged as a clear favourite for Japanese investment due to its relatively low labour and power costs, its openness to foreign investment, its business-oriented government, and its young population. More recently the U.S.-China trade war has also prompted Japanese firms to consider relocation out of China. These plans are primarily driven by the sluggish sales to foreign-affiliated companies in China and local companies exporting to the US, as well as decreased sales to companies exporting to China as the Chinese economy decelerated.

Number of Japanese Company Affiliates in Different Regions. In China the number peaked between 2012 - 2015

For Southeast Asia too, Japan is indeed the most trusted world power. Vietnam has emerged as a clear favourite for Japanese investment due to its relatively low labour and power costs, its openness to foreign investment, its business oriented government, and its young population. A large number of Japanese companies receiving subsidies are also moving to Indonesia, Thailand, Myanmar and the Philippines.

Japanese companies are also planning to shift their production out of China to India or Bangladesh. Moreover, in August 2020, India, Japan and Australia began discussions to possibly launch a Trilateral Supply Chain Resilience Initiative (SCRI) amidst Beijing's aggressive political and military behaviour. The initiative was spearheaded through METI in cooperation with India, to build resilient supply chains independent of China. Japan aims to attract FDI to the Indo-Pacific, transforming the region into an economic powerhouse as it builds relations with other like-minded partner countries, such as India and Australia, for a free, fair and predictable trade environment.

Is it viable for Japanese companies to withdraw from China?

A 2019 survey by JETRO on ‘Business Conditions of Japanese companies in Asia’ suggested that over 35% of Japanese companies felt they were negatively impacted in their China and Hong Kong/Macau operations due to changes in the trade environment. The main reason for negative perceptions was due to additional tariffs imposed by the US on Chinese products and China’s corresponding retaliatory tariffs. However, out of the companies impacted, only 10% of them planned or actually transferred production sites or changed procurement sources or sales destinations. In comparison, 40% of US firms surveyed were either planning or starting to shift production out of China.

Despite rumbles of operational relocations, many Japanese firms believe that shifting output back to their own country or to a third country is uneconomical. China’s status as the world’s 2nd largest economy and as a leading global trading partner (Japan’s largest) drives this reasoning. This position is further supported when firms compare China’s large market, reliable infrastructure, limited regulatory oversight, and low taxes and duties to other nations. While Japan will continue to improve its supply chain security amidst the pandemic, considering China is also a large market for Japanese firms it is in its best interest to maintain a positive economic engagement with China.

Dharish David (PhD) is an associate faculty for the University of London at the Singapore Institute of Management – Global Education (SIM-GE), teaching courses relating to political economy. He has written widely on infrastructure development, Asian political economy, economic development, and international relations. He can be reached at david014@mymail.sim.edu.sg and twitter handle: @dharishd

Simran Walia is a Research Scholar, currently pursuing M.Phil in Japanese Studies under the Centre for East Asian Studies from Jawaharlal Nehru University. Prior to this, she worked as a Research Assistant at the Observer Research Foundation. She has written on Japanese Politics and Foreign Policy and East Asia in general too. She can be reached at simranwalia995@gmail and twitter handle: @simranwalia10

Measuring the Economic Risk of COVID‐19