Divisive Politics and the Brain: Primordial Determinism vs. Responsible Egalitarianism 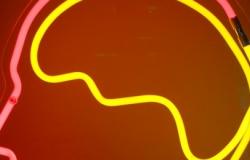 Nayef Al-Rodhan argues that we live in the age of divisive politics and neuroscience may help explain this impasse.

After Brexit, hate crime has spiked in the UK and “respectable racism” risks entering the mainstream. This climate offers a free pass to normalize and condone xenophobia. In the United States, where partisan politics is nothing new, the present discord between Republican and Democrat candidates and their supporters has still managed to leave many pundits at a loss.

In the attempt to understand how politics has become so viciously divisive, neuroscience might offer some interesting answers. Important advances in neuroscience and brain imaging technologies in the past decades have revolutionized our understanding of the self, emotionality, and morality. These breakthroughs can be uncomfortable because they confront us with evidence that our morality is not static and that we are much more emotional than we believe. However, these preliminary findings can help explore the underlying neural mechanisms that motivate individuals to espouse radical views and an “us versus them” mindset.

The explanation is very simple: leaders profit from some of our most basic human predilections. Despite its many complexities, there are some timeless commonalities in human nature, which I previously described as emotional, amoral and egoistic. We are born amoral insofar as our morality is shaped in the course of our existence. Two important features are in-built: our predisposition to ensure, and increase, our chances of survival – a basic form of egoism – and our emotionality. For centuries, many philosophers have portrayed emotions as stumbling blocks to rational thinking. Now, neuroscience offers some evidence of their physical and neurochemical representation in the brain, demonstrating that they are fundamental to our most rational decision-making and critical to our survival.

Furthermore, the urgency to barricade oneself against ‘others’ – immigrants, ethnic and religious minorities, etc. – stems from ancestral predispositions that associate belonging to one’s tribe or group as critical to survival . Using non-invasive methods, neuroscientists have identified that the neurocircuitry of tribal behavior that separates “us” from “them” occurs in the prefrontal cortex. Without much reflexivity, and within 170 thousandths of a second from the moment we first see them, we already distinguish between members of the in-group and those of the out-group. Our brains have inherited this hardwiring from our ancestors, but there is another interesting fact.

While this basic bias is subconsciously formed, our exact definition of what constitutes “us” and “them” is learned. We may be hardwired to distinguish between us and others, but the actual definition of the other is not internally hardwired; it is something we are socialized into throughout our lives. That is why divisive leaders can be held accountable for contributing to the current atmosphere of divisiveness. They conveniently build upon basic human features, upon our emotionality, and the need for belonging.

There are some other interesting factors to consider. Neuroscience highlights an important set of human motivators – profit, pleasure, pride, power, and permanency – which I call the Neuro P5. The human brain incessantly seeks to ‘feel good’ and these five powerful drivers of human action are often pursued in excess if given the chance.

Power deserves a special mention here. Research in the neurochemistry of power reveals that power activates the same neural reward circuitry as pleasure, leading to an increase of dopamine. Power is highly addictive, leading people in powerful positions to do whatever it takes to remain there. Divisive leaders, who thrive on spawning fear and resentment, will only maintain and aggravate the social fracture because it legitimizes their claim that they are the “voice” of the people.

Neuroscience also provides insights into the continuing strong polarization in the US, where congressional gridlock has doubled since the 1950s. Some have explained this with game theory or by pointing to flaws in the electoral system. Studies that correlate brain structure with ideologies can provide further insight.

Hyper-partisanship is a symptom of radically different political inclinations that have been studied with structural MRI. The preliminary results indicated different brain activity for the two camps: increased gray matter in the anterior cingulate cortex appeared to be significantly associated with liberalism, whereas increased gray matter volume in the amygdala (also involved in processing fear and assessments of threats) was significantly associated with conservatism. Further studies are needed to discover whether these neuroanatomical changes are innate predilections that pre-date political affiliation, or develop as a result of repeated exposure to various forms of partisan political debates and subsequent activism.

Such extreme partisan divides echo deeper societal polarizations in American society. The electorate of both parties has changed substantially over the past two decades, in terms of age, education, and overall racial and ethnic differences. Such divisions will undoubtedly raise serious challenges for the next President.

We cannot regard these findings from neuroscience as all-explanatory or deterministic – and many aspects of the human brain still remain a mystery. There are, however, at least two reasons to take neuroscience seriously in policy analysis.

First, it helps to better understand the hardwiring that creates a window of opportunity for divisive leaders.

Second, neuroscience teaches us about the plasticity of our brains. In doing so, it hints at possible roadmaps to overcome bigotry, inequality, scapegoating, and alienation. It is true that we have some ancestral predispositions, but our brains are also highly malleable and largely shaped by our environment. We cannot be complacent about the virtues of human nature, as morality cannot thrive outside active efforts to create institutions that place human dignity at the center. Good governance, education, culturally-aware entertainment industries and responsible political sound bites are pivotal to building more tolerant societies. We should not look for one-size-fits-all prescriptions, but instead search for a paradigm which ensures that divisive leaders cannot exploit our hardwired predispositions. This is an important reminder in the “post-truth” age of politics, in which many politicians rely on assertions that “feel true” but have no basis in fact.

Responsible members of various societies have a role in determining what kind of societies they choose to live in: either at the mercy of our primordial fears or collectively advocating a more responsible egalitarian approach. This will not be easy or without opposition, but not stepping up to the plate will be a lot more dangerous as the world gets more connected and – paradoxically – also more fractured.

This will also require taking a stronger stance, morally and legally, against "hate speech", while remaining committed to the sanctity of "free speech". Countering divisive politics will equally demand sustained, inclusive, and responsible activism to make sure that the airwaves and social media space are not left to divisive xenophobic voices.

There are, of course, many risks facing our globalized world, and divisive leaders are the first to identify – or imagine – sources of anxiety. They say little, however, about the downsides of isolationism. I have previously advocated nine governance-based dignity needs that are essential for sustainable governance, because they are in keeping with our emotional amoral egoism. These dignity needs are: reason, security, human rights, accountability, transparency, justice, opportunity, innovation and inclusiveness. These needs, through exposure and synergies, contribute significantly to more robust cultural vigor, which renders societies far more tolerant, resilient and prosperous.

Prof. Nayef Al-Rodhan is a neuroscientist, philosopher and geostrategist. He is an Honorary Fellow at St Antony’s College, University of Oxford, and Senior Fellow and Head of the Geopolitics and Global Futures Programme at the Geneva Centre for Security Policy. Author of: Sustainable History and the Dignity of Man. A Philosophy of History and Civilisational Triumph (Berlin: LIT Verlag, 2009) http://www.sustainablehistory.com/ & https://oxford.academia.edu/NayefAlRodhan
Twitter: @SustainHistory