World Order in the Age of Trump and Trumpism 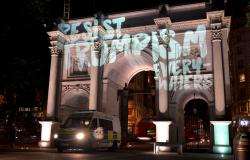 Richard Falk's lecture on 'World Order in the Age of Trump and Trumpism' at West Chester University, October 24, 2018.

The title requires a few words of explanation. By the ‘Age of Trump,’ I mean not only the current American president. The phrase is meant to encompass elected leaders like him around the world. I have a friend in India who refers to Narendra Modi as ‘our Trump’ and the newspapers have been full of commentary to the effect that the new leader of Brazil, Jair Bolsonaro, amounts to ‘a Brazilian Donald Trump,’ although some familiar with Bolsonaro’s worldview insist that ‘a Brazilian Joseph Goebbels’ is more accurate. This extension of Trump to Trumpism is meant to make us aware that Trump is not just an American abnormality. He reflects a structural conditions that seem global in character, although with significant variations from nation to nation.

By referring to ‘Trumpism’ my intention to highlight several issues beyond this autocratic brand of ‘democratic’ leader: (1) To associate ‘Trumpism’ with a deliberate U.S. withdrawal from political and neoliberal globalization, without significantly challenging, perhaps even augmenting military globalism, enhancing capabilities to project destructive power anywhere on the planet, while weakening alliance commitments and multilateral trade frameworks; (2) Trumpism also refers to the populist base of support for a global array of strong leaders, and their accompanying right-wing social, economic, and cultural policies, with the threat of ‘fascism’ and fascist tendencies being increasingly  feared and perceived, even in centrist discourse; (3) Trumpism also involves a shift of preferred worldview from globalist to nationalist centers of political gravity, with a loss of normative support for human rights, democracy, and multilateral diplomacy and cooperative forms of multilateral problem-solving and treaty making; and (4) in the American setting, this phenomenon of Trumpism is not tied solely to the person of Trump; it could survive Trump if one or more of several scenarios unfold—for instance, in the 2018 and 2020 national elections the Republican Congress is reelected, even if Trump should be defeated or compelled to resign—in effect, the Republican Party has been effectively taken over by the ideas, values, and approach of Trump, and vice versa; it is difficult to disentangle ideological cause and effect as between party and leader.