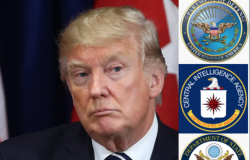 Since the Suez crisis of 1956, the United States of America has been widely recognised as the dominant power in the Middle East. For sixty years, this domination has not only defined the regional balance of power, but it has also in some cases decisively shaped the internal politics of key regional states. Whilst contemporary U.S. influence (and interest) in the region appears to be in decline, no serious analyst can argue that the U.S. has lost the ability to shape key regional developments. In keeping with diplomatic norms, traditionally the U.S. has relied on its foreign policy establishment to formulate and implement its strategic policies in the region. The advent of Donald Trump and his peculiar brand of “arson” diplomacy threatens to undercut longstanding U.S. policy positions, notably the unwavering American commitment to the sovereignty and territorial integrity of the smaller Gulf States. Whilst the U.S. establishment appears to be sufficiently resilient to major policy disruptions, the danger is that even minimal disruption resulting from unofficial presidential diplomacy can potentially produce regional instability.