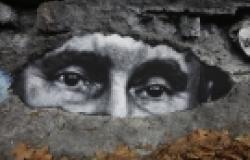 The Ukraine crisis and the subsequent cooling of West-Russia relations has elicited a number of popular arguments as to the trajectory of the relationship, many of which are alarming and pessimistic. After acknowledging the current impasse that has emerged between the coalition of Western actors, Ukraine and Russia since the signing of the second Minsk agreement in early 2015, this article speculates three medium-term scenarios for the West-Russia relationship in the context of Eastern Europe. An optimal scenario whereby the relationship is reset along complementary trade and energy interests, a suboptimal scenario which would see the development of a New Cold War, and a pragmatic middle option that reduces the shared neighbourhood, especially Ukraine, to a Finland-style buffer state are offered. Of the three presented scenarios, it is argued that because Russia is prepared to pay a higher cost than the West, right now, it will likely end up with a more favourable outcome (the pragmatic scenario) than the rest.