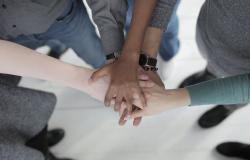 The longer-run trajectory of the global economy (and its politics) will be much affected by the extent to which developing countries manage to cooperate to challenge the rule-setting dominance of the North Atlantic states. This essay assesses the impact on global economic governance of the cross-regional BRICS coalition (Brazil, Russia, India, China, South Africa). The standard assessment in the west is: very little so far. The essay finds that this is too pessimistic, though not by much. The format exists, the political leaders do meet twice a year, finance ministers and central bank governors do the same, and two financing organizations have been created to complement or eventually even substitute for the IMF and the World Bank. Potential expansion of cooperation depends heavily on the willingness of the national presidents to act independently of the US, and on geopolitics between the members of the coalition.

Wade - Leading States in the Periphery of the World Economy Challenge Core States, Impacts of the Unlikely BRICS Coalition301.51 KB