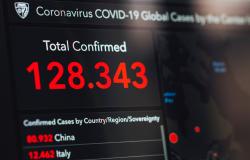 Juergen Braunstein and Sachin Silva explore the need for financial risk models to account for pandemics.

The Dow Jones industrial average recorded its highest single-day losses in history on March 16, 2020. By March 18, all of the Trump-era gains had been erased. These events, caused primarily by the COVID-19 pandemic, underscore an undeniable but perhaps forgotten truth: health is wealth.

The writing has been on the walls for a long time. Many epidemiologists have predicted a global pandemic, such as we are now seeing. The world has recently experienced deadly outbreaks of Ebola in West Africa and MERS in Saudi Arabia. In 2003, we saw the SARS pandemic. It’s true that those outbreaks had less impact on major financial markets, but they were nevertheless warnings—with flashing lights and sirens.

Have we heeded them? It appears that we haven’t. Instead, we seem to have adopted a mindset that pandemics would rarely occur or that they could be quickly contained. Previous outbreaks, such as Ebola, led us to believe that major health crises would only debilitate countries that lacked the health-care systems and economic wherewithal to withstand them.

Today’s COVID-19 reality has shattered all of those notions and assumptions. We are now at a crossroads that require a broad and sweeping recalibration of how we manage government, health care systems, and financial markets.

After the international banking disturbances of the 1970s, and after the Latin American debt crisis in the 1980s, economists and investors adopted risk adjustment measures for financial portfolios. They also established global minimum standards of financial solidity for banks. The Basel Committee was established in the mid-1970s to enhance the financial stability and supervision of banks.

The Basel Committee oversaw factors such as liquidity, solvency, and foreign exchange operations in the banking system. In response to the debt crisis in Latin America, the Basel Committee focused on common capital adequacy ratios of international financial institutions. It also addressed regulatory convergence in the context of increasing international risks.

Then came the global financial crisis of 2008. This calamity drew attention to a dangerous combination of poor governance, mispricing and excess of credit, and ballooning liquidity. In response to the crisis, governments developed new measures that became collectively known as Basel III, with the goal of establishing higher global minimum capital requirements for banks.

During the 1998 Kyoto conference and during the 2015 Paris Agreement negotiations, economists and governments included climate risks, climate events, and climate policy into economic risk assessments. Central bankers and regulators around the world, notably the Bank of England’s governor Mark Carney, promoted the idea of factoring the consequences of climate change into the stress tests of financial institutions.

Obviously, investors and financial institutions recognize climate-related uncertainties, such as possible carbon taxes, when making investment decisions. They understand the real danger that oil and coal could be stranded (i.e. worthless) as the world transitions to renewable energy sources. They factor all of these risks and more into their portfolios. They do this by divesting from carbon-intensive sectors (notably coal) and by increasing investment in sectors that are negatively correlated with fossil fuels (e.g. renewable energy).

However, global health risks have been largely overlooked. It is crucial for investors to consider the lessons of history and our present situation, for these lessons provide important guidance for constructing effective risk adjustment mechanisms.

As with climate risk adjustment, the risks due to pandemics are twofold: first, the direct financial costs associated with losses related to revenue, capital and expenditures; and second, the policy responses, such as travel restrictions, monetary policy and real estate pricing.

As you can see, risk adjustment for pandemics and other health crises is complicated. There are three distinct measurement challenges. First is the challenge of quantifying the nature of the risk—discerning which sectors are most negatively impacted by a pandemic. The second challenge is to quantify the magnitude of the risk—the extent to which various sectors are impacted. The third challenge is to address the relative sensitivity of a portfolio to the prospect of the risk. How will investors react to the pandemic?

Contending with these questions won’t be easy. But if the last four weeks have taught us anything, it is that we have no other choice but to try!

Juergen Braunstein is a member of GP’s Editorial Board and a postdoctoral fellow at Harvard Kennedy School’s Belfer Center where he works on the Geopolitics of Energy Project. His research focuses on the drivers as well as consequences of the green energy ‘revolution’ for the global energy composition and its implications for existing and future interstate relations.

Sachin Silva is a doctoral candidate and fellow at Harvard University’s TH Chan School of Public Health. He specializes in health systems and health economics. His doctoral work focuses on the issue of undervaluation in vaccine investment decision-making. ​​​​​​​

GameStop: Wall Street Short Sellers are Not Villains but Reddit Traders should be Totally Free to Attack Them