The End of the Sino-Russian “Alternative”? How Quickly Soft Power Can Recede

By Christopher A. Hartwell and Martin Miszerak - 01 May 2020 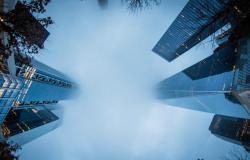 With the death toll from coronavirus mounting around the world, it appears to have claimed another important victim in the political arena: the idea of China and Russia as a viable economic and political alternative to the West.

A major narrative of the post-global financial crisis world, promoted heavily by Russian President Vladimir Putin and Chinese President Xi Jinping, is that the West’s model of development has failed. The narrative, originally conceived of as a way to lament the unipolar power of the United States – an analogue to the non-aligned movement from the Cold War - was given additional impetus by Russia’s invasion of Ukraine, illegal annexation of Crimea, and the sanctions war which ensued, as Russia began a pivot to China and touted a multipolar, alternative global structure. China, as the second largest economy in the world, eager to flex its muscles and purchase influence globally, signed on to such a grand framing of geopolitics, but always saw itself as the senior partner rather than a fading Russia. In any event, the marriage of anti-Americanism and desire to leverage influence meant that this idea of an alternative to “neoliberalism” was an appealing prospect, encapsulated in groupings such as the BRICS.

At times over the past decade, this project seemed to be working, in the sense of shifting public opinion of the Russia-China axis in a favorable direction, at least with regard to perception of power (being “respected” does not mean being “liked”). In nearly every soft power ranking, China and Russia are near the top spot for non-European countries, and China in particular has been spreading loans and Chinese know-how throughout Asia, Oceania, and Africa. Russia, more constrained financially, has been more opportunistic in terms of its soft power strategy, often mixing soft power means (diplomacy, misinformation via the RT television station, highly visible public relations opportunities) with naked hard power: former US President Obama’s abdication of leadership in both Syria and Ukraine left power vacuums into which Putin gladly waltzed with tanks and Russian regular troops. With subpar growth in Europe, an America divided and imparting all sorts of power to Russian phantoms, and a reluctance by Western central banks to ever end quantitative easing and let their economies normalize, Russia could present itself as a more muscular alternative to a weak and decadent West.

Unfortunately for the anti-American forces globally, this narrative has taken more than a hit during the global coronavirus pandemic; in fact, the idea of Russia or especially China as providing a sustainable alternative to western capitalism is on a ventilator and not looking very healthy.  China’s response to the virus has shown once again how closed societies, based on obedience to the ruling class, are inflexible when flexibility is an asset. The still unclear genesis of the disease, the not-yet-entirely-unproven theories surrounding the possible escape of a naturally-occurring virus from laboratories in Wuhan, the disappearance or death of those who sounded the alarm at the beginning, and the evidence that party functionaries actively suppressed any information about the disease coming out (and destroyed samples as potentially embarrassing) do not cast China in a particularly favorable light. At the same time, the Chinese government has centralized its research on the virus, ostensibly to weed out low-quality research and possible misinformation but also perhaps as a tool to control the narrative on the outbreak. Indeed, the very secrecy about what actually happened has only fueled some of the more wild conspiracy theories, including those that assert the virus was a biochemical weapon engineered in Wuhan (a theory which has been already debunked) or that it was some side-effect of 5G cellular technology.

Beyond the ambiguity surrounding the beginning of the virus and its initial spread, the response and apparent success of Chinese authorities, lauded by some, in leading to a halt of coronavirus and lack of new cases has been increasingly seen as unrealistic. Suspicions that China’s actual death count is several orders of magnitude higher than officially claimed gained some traction when the number of deaths in Wuhan was revised upward by 50%, a massive percentage increase but one which may still understate the actual spread of the disease. This continuing secrecy has further damaged China’s reputation as studies have shown that, if early warnings were heeded, exposure to the coronavirus could have been reduced globally by 95%.

While the pandemic has dealt China a major economic and public relations blow, there is no doubt that China can remain the world’s second biggest economy from sheer size and it will play a major role in the restarting of the global economy once the virus is defeated.  Russia, on the other hand, seems to have vanished as a result of its total irrelevance in alleviating the global crisis. With a debilitated and internationally uncompetitive manufacturing sector and no ability to undertake serious biomedical research on par with the US, China, or Europe, Russia has been quickly sidelined. This fade-out into irrelevance has been compounded by Russia’s own handling of the crisis, which follows the Chinese playbook: an inordinate amount of new “pneumonia” cases, an insistence on no cases suddenly leading to a spike in cases, and an ordered state holiday suddenly turning into a Soviet-style lockdown. The dilapidated state of Russia’s health system, plagued by years of neglect, has shown that Russia is just as troubled by the pandemic as anywhere else, if not more so.

While the problems in responding to the pandemic have not been specific to Putin and Xi and are instead a structural defect of authoritarianism in both Russia and China, the current crisis exposes other flaws which are more specific to the Russo-Chinese brand of governance. In reality, the ruling classes in both Russia and China have a pronounced strain of populism underpinning their governance: Putin’s ideas of Eurasian integration and neo-Soviet power projection plays into Russian inadequacies about losing the Cold War, while in China, Xi has promised national rejuvenation and a fight against corrupt elites, catering to populist strains in the population while keeping power centralized.

Unfortunately, populists – and especially authoritarian populists – thrive on certainty, on black and white, on simple solutions for complex problems. The covid-19 pandemic exposes the limits of certainty and the presence of so many “unknown unknowns.” With new information coming to light every day and alternate theories swirling about, the failures of closed societies to disseminate this information becomes more apparent. Such an existential threat cannot be cured by vodka and the sauna, nor can it be solved by simply welding people into their homes (the Stalinist approach of “no man, no problem”). The extremely poor handling of the coronavirus (in Russia’s case) and the criminal negligence and active disinformation by China show that the supposed alternative they offer to the West is a Potemkin village.

Not surprisingly, both authoritarians are still attempting to spin this to their own advantage. China and its enablers in newsrooms and twitter have tried to turn around the criticism of their handling of the virus into a vindication of their authoritarian lockdown, but the West is much more inquisitive than a Communist apparatchik and the public relations campaign is looking like a misfire (coupled of course with the duplicity still shown by China regarding the genesis of the disease). Across the frontier, Putin’s ideologues have also been out in force trying to show that Europe’s failure to control the Wuhan pandemic is symptomatic of the decline of the west. In this, it has taken a playbook from its other public relations stunts globally, most notably in Serbia. In 2014, in the wake of floods devastating the country, Russia made a highly publicized showing of sending aid planes to the Balkans; the result of this PR triumph was that nearly a quarter of Serbs believed that Russia was the biggest contributor in foreign aid even though the EU had contributed seven times more aid in total over the previous three years. Russia has tried a similar tactic this time around, making a big show of sending “aid’ to Italy, but, unlike in 2016, the audience is much less pliant than Serbia’s fellow Slavs and questions arose immediately on the effectiveness of the equipment sent.

Where does the idea of “the alternative’ go from here? The crisis has exposed cracks in the joint front which both countries attempted to portray to the world. Instead of offering a helping hand to China when Covid-19 exploded in early 2020, Russia closed off its borders. Indeed, the only assistance Russia has provided to China has been unwittingly via its oil price war with Saudi Arabia, from which China has obviously been a major beneficiary while Russia has shot itself in the foot. Moreover, as China has realized how ineffective its partner is, there has been much reduced coverage of Russia in Chinese state-controlled media from the outbreak of the pandemic. Instead, stories have pivoted back to their traditional focus on US and Europe.

However (and regrettably), the alternative might mutate and survive, as the coronavirus has given Western politicians a taste of unlimited government power. From the pork-laden Congressional stimulus bill passed in the US seen by Democrats as a “tremendous opportunity to restructure things to fit our vision” to the “emergency” bill passed by the Hungarian Parliament granting Viktor Orbán almost unlimited powers, governments everywhere are enjoying the ability to move ahead with aggrandizing power without any of the pesky checks and balances from civil society they often face. Thus, while the alternative model championed by Russia and China appears to be fading, in reality all that may be disappearing are Russia and China as the flagbearers. In this sense, the model may continue to flourish even as the faces of the model fade away.

­­­­­­­­­­­­­­­­­­­­­­­­­­­­Christopher A. Hartwell is Professor of Financial Systems Resilience at Bournemouth University, former President of CASE-Center for Social and Economic Research, and co-editor of the forthcoming book, “Russia in the Middle East and North Africa: Continuity and Change” (Routledge).

Martin Miszerak is Visiting Lecturer at the Renmin School of Business in Beijing.  He is also chief executive of Miszerak & Associates, an adviser to private equity funds, and a former adviser on privatization to the Polish government.