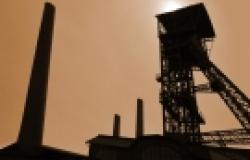 Martha Molfetas with a plea to the Trump administration not to turn its back on Paris.

We are already reaching peak oil. The largest energy employers in the US are solar and wind, and that's without the massive government subsidies the US continues to provide oil and gas industries. The Pentagon has been a vocal proponent of climate solutions and climate security. Our green future is within grasp, a future built on climate solutions and technological innovation, a future where our global and American economy is viable and ecologically less costly. A world where climate impacts are less pronounced and climate vulnerable communities are unscathed. Jumping out of the Paris Agreement is a dive into a lagging, isolationist economy with stagnant innovation; a future reality where America takes a back seat to future prosperity while grounding itself in industries that will be just as extinct as the dinosaurs that power them.

Right now, the Trump Administration is holding the global order in suspense as they ‘assess’ whether or not to stay in the Paris Agreement. It’s already been leaked to Axios and others that they intend to leave the Paris Agreement, but what would this mean really? Aside from this Administration’s decimating cuts to domestic programs that protect the environment and help coastal communities, and the general onslaught of attacks on climate science, information transparency, and climate change – what would exiting Paris really mean for an increasingly isolationist nation hell-bent on setting the planet on fire, at least as far as this Administration goes?

The Paris Agreement has a long process for exiting; in short, no nation signed on can begin the yearlong exit process until 2019. So the actual departure of the United States from the Paris Agreement on Climate Change would fall on the next administration. But that doesn’t mean pulling out now won’t have its own share of consequences – diplomatic pariah status being a big one. The United States would be on ‘team climate inaction’ with Syria and Nicaragua. With pretty much every nation on the planet on board, pulling out of the Paris Agreement will diminish the role of the US in international policy arenas ranging from fighting terrorism and security issues, to trade deals. In effect, the United States will become an island unto itself.

Another woeful consequence would be the potential domino effect. Fossil fuel loving nations like Russia could posit that America’s withdrawal gives them the green light to exit as well; others could be equally inspired to drop or cut back on their Intended Nationally Determined Contributions (INDCs). The world’s second and fifth largest polluters can go hang out on diplomatic Elba while the rest of the planet moves full force ahead to create a new ‘Green’ Industrial Revolution led by China and the European Union. The US would miss out on those economic opportunities to boost GDP, innovation and domestic manufacturing, and would miss out on the opportunity to have skin in the game internationally.

With all the recent Constitutional crises here in the states surrounding Russia and the Trump Administration, one has to wonder if the Trump Administration pulling out of Paris was always a part of the plan? Vladimir Putin has huge financial stakes in Russian oil and gas development. Where would the Green Economy leave petro-Russia when their neighbours are utilising solar and wind and shuttering gas pipelines? What better way to ground the world in industries of the past than to undermine the very global agreement that sets our sails for the future?

Already, EU nations like Germany and Portugal are relying more and more on clean energy, with solar and wind covering a historic amount of their energy consumption; meeting or exceeding EU 2030 goals and in-line for reaching their INDCs. In Asia, China and India are using clean energy technologies to meet Sustainable Development Goals (SDGs) while combating climate change and reaping the economic benefits – truly a win-win for people and the planet.

Meanwhile in the US, the Environmental Protection Agency is cutting away programs that help protect the air and water of Americans while the Department of Interior is loosening restrictions on oil and gas drilling in places like the Grand Canyon. So in effect, more environmental pollution that risks the health and livelihoods of millions of Americans will become the new normal, and the institution in charge of regulating pollution will be neutered. Unlike these agencies, the defence community still believes in science. The Pentagon has pushed for the US to remain in Paris since climate change will shape future conflicts and put Americans at risk. Even major oil companies are pro-Paris, which seems like an oxymoron; but since they are in the energy business – perhaps Paris means they would invest in clean energy projects and/or seek out carbon capture (CCS) technologies so they can keep burning fossils.

The harsh reality is this – climate change is already here. The Trump Administration has made it clear domestically that environmental protection and climate action take a back seat to polluter interests. Communities across the US and the world are facing climate impacts that threaten lives and displace communities. Our window for action is closing rapidly.

The Stone Age did not end because we ran out of rocks; it ended because new technologies made old ones obsolete. We stopped burning wood for fuel because coal and other fossil fuels were more efficient. We are on the precipice of the next great epoch, one fuelled by innovation while securing our environment for future generations. Whether or not we like it, the Anthropocene is here. This burden rests on all our shoulders, but that doesn’t mean fighting climate change is a detriment to the economy or development. If anything, fighting climate change opens the door to great swathes of solutions that can help us meet SDGs while cutting emissions, growing economies, and hopefully preventing the worst consequences of climate change. We can only fight climate change together.

If the Trump Administration pulls out of the Paris Agreement, history will remember it as an obstruction on climate action. Future generations will ask us what we did to stop environmental catastrophe, why we let the world be set ablaze with climate impacts and runaway warming. The world's coastal and island communities will ask us what we did to save them. They will ask us why we chose nominal polluter profits over humanity's future. Why even oil companies were for climate action, but we turned a blind eye to doing something that would both mitigate the worst impacts of climate change while building a resilient and sustainable green economy, launching us forward to a ‘Green’ Industrial Revolution. They'll ask us why we doomed them to a life uninhabitable and unimaginable. And whatever we say will be indefensible.