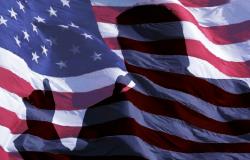 President Trump’s fight for a second term may spill over into US policy in the Middle East between now and 3 November.

Donald Trump is suffering a significant slump in his approval ratings, as is well documented in the press (even Fox News!). Not just in national polling but also, and much more importantly, in key battleground states where the 3 November election will be won and lost.

However, election day is still four months off — an eternity in politics. So, the outcome is far from done and dusted.

Remember that the slide in Mr Trump’s ratings owes much to factors which were largely unanticipated four months back, ie the scale of the impact of Covid-19 in the US and the Black Lives Matter protests. ‘Events’ over the coming four months could yet work in his favour.

Consider too that at this stage in 2016 Mr Trump trailed Hillary Clinton nationally by around 7pp; and that in 1988 George HW Bush won the election having trailed Michael Dukakis by a whopping 17pp in June!

Furthermore, Mr Trump’s approval rating — 40.3% in the RCP Average at the time of writing— is still pretty much within the predominant range for the past three years (albeit at the lower end) and only 6pp below the share with which he won in 2016.

All of which begs two questions, ie:

— What can Mr Trump do to turn his fortunes around? and,

Conventional wisdom tells us that Mr Trump should be looking to broaden his support by drawing in voters from the centre ground. However, thus far at least, the President remains solidly focused on shoring up his base even at the expense of moderate Republican support. In other words, as confirmed by his recent rally in Tulsa, he is re-running his 2016 campaign with only minor modifications. Given how he defied conventional wisdom then, it would be bold indeed to conclude categorically that he cannot do likewise this time.

A widely held view within the commentariat is that Mr Trump’s tactics are being determined not by his campaign team per se but by his own instincts coupled with the very strong influence wielded by his closest family members, ie his daughter Ivanka and her husband Jared Kushner. Which brings us to how the campaign could impact on US policy in the Middle East in the coming weeks and the following pertinent comment from veteran Republican strategist Stuart Stevens:

Jared Kushner, maybe he'll reach 27 books on how to run campaigns instead of the 26 he read on the Mideast. As far as I know, he has singularly failed at everything he's attempted in government.

First, if Mr Stevens is correct about Mr Kushner (and I believe he is), we should not be surprised if Mr Trump were quickly to recognise Israel’s annexation of a chunk of the West Bank should the Israeli cabinet decide to move ahead — which I think likely even though the cabinet is divided and Mr Kushner is reportedly lukewarm at this time. The decisive factor in his and the President’s mind could be that this would be applauded by Mr Trump’s white evangelical base — a demographic which makes up around 18% of the US electorate and from which 80% of those who voted in 2016 backed Mr Trump. Furthermore, Mr Trump does appear to need urgently to bolster his support here following the Supreme Court’s recent decision on LGBT rights which was a dagger to the heart of why many white evangelicals swallowed their qualms and voted for him four years ago, compounded by its subsequent one on abortion.

It is unclear how annexation would affect Israel’s relations with Arab states. On the one hand, there is the 12 June op-ed by the UAE’s ambassador in Washington, Yousef al-Otaiba, warning of serious consequences. On the other, there is a belief among many Israelis that Arab “outrage” over annexation is an “empty bluff”.

Equally unclear is how annexation would impact on US relations with, in particular, Saudi Arabia which are already fragile despite the President’s and Mr Kushner’s personal ties with Crown Prince Mohammad bin Salman.

A second way in which Mr Trump could appeal to the white evangelicals and help appease Riyadh (as well as pleasing Israel) would be to hit Iran again — in addition, that is, to trying (a) to squeeze Lebanon over its debt and (b) to persuade the UN to extend its arms embargo which expires in October). How far he would go is also not clear. But my personal view has long been that — if he sees electoral advantage in doing so — this is where Mr Trump is most likely to stage a fairly major ‘wag the dog’ scenario. The assassination of Qassem Suleimani in January — over which the hardliners in Tehran are still hankering for revenge — was a small taste of what could happen. This being said, another US military strike of some sort between now and 3 November is not my base case; but it is still, in my view, a non-negligible possibility.

One reason why I see military action against Iran as a possibility rather than a probability is Mr Trump’s genuine aversion to engaging in conflicts in the Middle East. This takes us to a third possible election-related move, ie military withdrawal. By the general standards of political leaders, Mr Trump has done well delivering on pre-election promises; but he still has some way to go on this one (which, again, resonates with his core support). He has already recently committed to withdraw troops from Germany, where US bases provide vital support for Middle East operations. So we should not dismiss the possibility of some sort of drawdown from the region itself.

Amid this uncertainty, one thing which should be clear in the fourth year of the Trump Administration is that the editors of the Financial Times (subscriber access only) were correct when they advised on 19 June that:

…voters should remember that Mr Trump represents a yet greater shock to US foreign policy. Perhaps no president has ever been keener to use the nation’s awesome power for his own gain.

Alastair Newton, an alumnus of the LSE, is a professional political analyst who was based in the City of London from 2005 to 2015. As such, he sought to anticipate, analyse and explain political and geopolitical events worldwide which may impact on financial markets. In addition to regular commentary on current political “issues” he is also co-author of major studies on China, India, Indonesia, Israel/Iran and North Korea. Prior to his move to the City, Alastair spent 20 years as a career diplomat with the British Diplomatic Service.

[Note: This is a lightly edited (for technical reasons) and updated version of an article first published by Arab Digest on 30 June.]