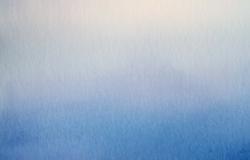 Investor-state arbitration – or investor-state dispute settlement (ISDS) – has been called “the most revolutionary aspect of the international law relating to foreign investment in the past half-century” (Simmons 2014, p. 17). ISDS is seen as ‘revolutionary’ as it gives firms the right to sue host countries without the consent or participation of their home state. In her recent book, The Rise of Investor-State Arbitration: Politics, Law, and Unintended Consequences, Taylor St John explores why governments created this system. To do so, St John’s book builds on more than 30,000 pages of archival documents from international organizations as well as multiple branches of government in Germany, New Zealand, Switzerland, the United Kingdom, and the United States. Navigating this vast sea of information with an historical institutionalist lens, St John has built a remarkably detailed account of the process through which ISDS emerged.

While the preface and Chapter One summarize St John’s theoretical argument, the rest of the book proceeds chronologically through the development of investor-state arbitration. Chapters Two to Five (Part I) document the first phase of institutional development: the creation of the Convention at the base of ISDS (the Convention on the Settlement of Investment Disputes between States and Nationals of Other States – the ICSID Convention). Chapters Six to Eight (Part II) analyse how the World Bank elicited consent from states to ISDS under the ICSID Convention. Our review follows the same outline, before concluding with some critical comments.

Chapter Two documents the deep traces of investor-state arbitration, and investment dispute settlement from the eighteenth century through decolonization in the mid-1900s. The developments covered in this part – most notably the failure of multilateralism in the immediate post-war years – sets the stage for conclusions reached later in the book. Chapter Three explores why other alternatives for investment protection on the table in the 1950s and 1960s never came to life: a substantive draft convention under the OECD, or a multilateral insurance agency. While the substantive draft died a slow death due to lacking state support, multilateral investment insurance failed in spite of widespread investor support. The main reason, St John convincingly argues, “is because the World Bank discouraged action, and refused to play an agenda-setting and brokering role […] despite repeated requests from powerful states” (p. 99).

Chapter Four explores the avenue the World Bank instead supported: a procedural convention that set up ICSID within the Bank. St John’s explanation for this choice of path is three-pronged. First, the Bank used its privileged information about states’ views on ISDS to ensure that their proposal remained within the bounds of what states would accept. Second, the Bank’s articles of agreement tasked it with promoting investment, and thus it had “strong institutional reasons to become involved with investment protection” (p. 111). Third, the Bank had extensive experience as a mediator in investment disputes, leading it to favour arbitration over insurance. Chapter Five evaluates how different states responded to the ICSID Convention. This chapter illustrates how inert supranational institution-building can be. While a minority of capital-exporting states were early adopters of the convention, capital-importing states (especially in Latin America) did not buy the grand bargain of investor-state arbitration from the onset.

Once ICSID was created, a second step was needed for investor-state arbitration to come alive: states had to accede to ICSID and then include ISDS in domestic laws, contracts, or investment treaties. In chapter Six, St John argues that the World Bank was essential in securing domestic support. The Bank, through agenda-setting and brokering, began layering ISDS into different instruments, most notably investment treaties. The ICSID Secretariat, for example, advised states on domestic legal changes or the drafting of model ISDS clauses, while advocating for the view that ISDS was conducive to the climate of foreign direct investment.

Chapter Seven moves from layering to conversion, and shows that demand for ISDS has been endogenous to the process of establishing state consent for ISDS. That is, the creation of ICSID created a new terrain for politics. For example, US preferences for ISDS deepened over time as domestic constituencies developed a desire for investment protection, sought to use ISDS to garner additional investment, employed ISDS to reward market liberalization, and demanded states ratify the ICSID Convention. St John uses a pair of cases – separate US negotiations with Poland and Argentina – to show this endogenous process of slowly locking-in ISDS. Chapter Eight continues the historical institutionalist analysis by elucidating how investor-state arbitration has been solidified over the last twenty years, making renegotiation or exit very costly. Given the legitimacy crisis currently facing ISDS, this is an important insight. St John argues that it is technically and legally very difficult to undo investment treaties, while feedback loops have reinforced ISDS. For instance, law firms – who now generate prestige and revenue from ISDS – press for new cases and a maintenance of the status quo.

By way of conclusion, St John discusses two potential avenues to reform ISDS: a public vision, and a private one. While very tentative, the wide-reaching nature of these changes sits at odds with a core lesson from the book: how difficult large-scale institutional change is (a point St John’s acknowledges on p. 256).  Throughout her book, St John demonstrates rigor in the application of theory and method. That said, certain issues may have warranted more extensive treatment. Though demanding more of a book that does so much seems unfair, we offer a few comments.

First, theoretically, the book is grounded in historical institutionalism. This is a terrific advancement for historical institutionalism, long sidelined behind rational choice and sociological constructivism in international relations literature. Yet two problems stand out. Historical institutionalism lacks a theory of agency. Why do agents act the way they do within certain structures? Throughout St John’s book, it seems as though agents have very different motivations. Some are driven by rational motivations to enhance their clout (lawyers) or to defend institutional space (the ICSID Secretariat). Others are driven by cultural reasons, such as personal experiences of expropriation. This of course makes sense: actors act for a variety of different reasons. However, St John’s book could have done more to say when we might expect agents to act according to these different logics and, more importantly, how those logics relate to the emergence of ISDS.

Second, analytically, the historical institutionalist analysis is sometimes obscured by thick descriptions; the story woven around the emergence of ISDS at points read as a narrative without theoretical grounding. This is especially true in Part I. Similarly, in Part II the focus on ‘layering’ and ‘conversion’ makes one wonder why exactly those processes were the focus of St John’s analysis. Reflection on why the second part of the book was more theoretically grounded than the first part would have been welcome.

Third, methodologically, St John uses counterfactual reasoning, the crux of which is to test hypothetically observable implications of alternative explanations for why something happened, or, “analysing what happened in the light of what could have happened” (p. 18). Counterfactuals are a central component in how we identify causality in social science. However, it hinges on a researcher’s ability to identify plausible hypotheticals. What is fascinating about St John’s analysis is that she leverages actual counterfactuals: alternatives for protecting foreign investment that never came to be (a substantive draft convention; a multilateral insurance agency). This, combined with careful description makes her arguments very credible. With that said, St John could probably have drawn more explanatory leverage from her narrative had she applied a (even) more stringent process tracing methodology. Had she been explicit about the strength of her empirical evidence, or what types of empirical tests she applies (e.g. straw in the wind; smoking gun), the validity of her inferences would have been more transparent.

All in all, The Rise of Investor-State Arbitration provides a credible narrative about how, and to some extent why, ISDS emerged in the form it did. St John’s ability to anchor the abstract (institutional development) in the specific (reasoning of key individuals over time), coupled with her careful delivery of protagonists’ stories – a German banker who “was the central figure in Deutsche Bank’s expropriation of Jewish Property during the Second World War” (p. 74); a British Lord known for his “stirring five-hour opening speech at Nuremberg” (p. 84); a Dutch Jew who becomes General Counsel at the World Bank after having experienced “the expropriation of his parents’ firm (followed by their murder in the Holocaust)” (p. 116) – has created a book that is high on suspense and a joy to read.

Tarald Laudal Berge is a doctoral research fellow at PluriCourts, University of Oslo.