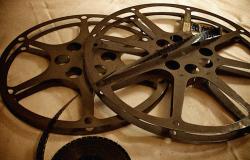 It might seem odd to have viewed Darkest Hour and Padmaavat on the same day, and even more odd to then reflect on regional and global politics and international differences. But there is a link.

Darkest Hour has six Oscar nominations, including for Best Picture and Best Actor. The first half hour or so verges on caricature. Stuffy old school politicians dither while the eccentric Churchill drinks his way towards brilliant insights when not terrorising a new typist. The last half hour, however, shows why Gary Oldman won the Golden Globe for Best Actor. He channels Churchill’s greatest speeches brilliantly, and the closing shot of him leaving the House of Commons chamber under a shower of approving agenda papers will likely become one of the great art house images. Padmaavat is Viacom’s first Bollywood blockbuster, created in association with Sanjay Leela Bhansali, among contemporary India’s best film makers. It has all the usual singing and dancing, clearly good guys versus even more clearly bad, elaborate costuming, great cinematography and elaborate action. It is also controversial.

When Bhansali began shooting at the Jaigarh Fort, up the hill from the Amber Palace near Jaipur that so many people know, news had already spread about his project and the protestors arrived. He shifted to Kolhapur in Maharashtra but sets there were vandalised. Four northern state governments (Haryana, Gujarat, Madhya Pradesh and Rajasthan) petitioned the Indian Supreme Court for the film to be abandoned. The Supreme Court declined, ruling that the Indian censors would exercise their normal and proper work if necessary. The states banned screenings anyway.

Like India itself, led by Prime Minister Narendra Modi (a former Chief Minister of Gujarat), all those states have BJP governments. As is well known, the Bharatiya Janata Party has right wing and Hindu nationalist roots, local inflections and differences aside. Even before the film was released, one Haryana BJP leader offered a $US1.5 million reward to anyone beheading Bhansali for making the film and actress Deepika Padukone for disrespecting Padmavati, the Queen who never existed.

Hindu-Muslim divide politics inevitably came into play. Long before the film appeared, rumours abounded that it contained either a love scene involving Delhi Muslim Sultan Alauddin and Hindu Queen Padmavati, or a dream scene in which he imagined having sex with her. Bhansali denied that strenuously, as the film’s main writer as well as maker, but the rumours spread and fuelled protests. No scenes like that appear in the film, but one might be construed as Khilji having some imagination like that, while another obviously references an historically-allowed suggestion he and his slave, Malik Kafur, had a gay relationship.

Most protests, however, have turned on the idea that Rajputs are portrayed badly. The conservative caste group Shri Rajput Karni Sena, having emerged in 2006 to protect Rajput rights by pressing for reservation of government jobs and challenging perceived slights on Rajput rights, certainly thought so. Now splintered into three factions, the Sena has led the protests.

But they are not alone, given India’s complexity. Long time Indian National Congress boss and now General Secretary Digvijay Singh has also criticised the film, and/or any other that damages any community’s sensitivities. This at the same time his new and troubled Congress leader Rahul Gandhi was trying to blame the BJP over the affair. A Rajput himself, Digvijay Singh is the son of a former Gwalior Raja who was also a prominent member of the Jana Sangh that presaged the BJP. As political scientists have long pointed out, caste politics are a mainstay of Indian politics to which all parties must pay attention.

If anything, the film lionises Rajputs. Throughout, they act honourably only to be betrayed by amoral, ambitious and grasping Muslims led by Khilji who is assisted by a disgruntled former Brahmin guru to Ratan Singh Rawal. The caste lines are clear here. At the end, Ratan Singh Rawal faces Khilji in honest man-to-man battle and is about to win but killed by the unscrupulous Muslims.

To Western eyes, then, Muslims probably have a greater right to grievance here.  As Aijaz Zaka Syed writes, we see “marauding, meat-gorging, horny Muslims” in a “deliberate vilification and misrepresentation of a whole community as bloodthirsty, violent savages who live to kill, rape and eat”. Alauddin Khilji, as played by the muscled up and ever-menacing Ranveer Singh, is certainly close to that representation, with nary a word about his many and historically verified administrative and social reforms. Indian Muslim journalist Bobby Naqvi sees the film as the “demonisation of an entire community that is increasingly coming under attack from various quarters”.

The film has already been banned in Malaysia on the grounds that it misrepresents Islam. Indian Muslim responses have been slower, and fewer, with Asaduddin Owaisi’s criticism of the Modi government on behalf of the All India Majlis-e-Ittehadul Muslimeen among few public comments. In many respects, that reflects the growing anxiety concerning the present state of communal relations in Modi’s India.

That misrepresentation of Alauddin Khilji provides a link to Darkest Hour because, in many ways, its characterisation of Churchill is similarly puzzling or bothering but also carries a political twist.

The film was made by Joe Wright whose Atonement, based on the Ian McEwan book, also followed a Dunkirk theme while his Pride and Prejudice was a big hit. New Zealand–born Anthony McCarten wrote the script as a long time obsession. He also wrote The Theory of Everything about Stephen Hawking for which he and actor Eddie Redmayne won Oscars among other awards.

McCarten says that he found in the records a different, more self-doubting Churchill than the pugnacious one found in history books.  Kyle Smith in The National Interest, however, declares that McCarten “butchers history”.  The National Interest, of course, champions “realism” in international relations, invoking Machiavelli and Henry Kissinger among others. Smith argues that McCarten cherry picks the records. Public management academic Sandford Borins elaborates that case, tracing May 1940 War Cabinet records in detail.

The most obvious fabrication has Churchill leaping from his car at traffic lights and, having been urged to “listen to the people” by King George V (played spectacularly well here by Australian Ben Mendelsohn), dives into the underground to chat with an astonished group that includes an African-Caribbean man who can quote Macaulay’s Lays of Ancient Rome. There were Afro-Caribbeans in London then, but this is a purely “inclusive” artifice. So is the idea this meeting steeled Churchill to resist the Nazis and stare down his doubters.

One of those persistent doubters is Viscount Halifax, painted here as a craven appeaser of a Foreign Secretary who plots with his friend Chamberlain against the unreliable Churchill, the mad mind behind Gallipoli and other national policy disasters. Halifax was more complex than this so, again, history is reshaped to suit the story.

Halifax was the great grandson of Earl Grey, the Prime Minister who piloted the 1832 Great Reform Bill. And there is a return to India, too. As Lord Irwin, Halifax was Viceroy in India 1926-1931 and, among other things, helped commit India to at some point receiving Dominion Status. He also negotiated with Gandhi and so enraged Churchill who persistently led those opposing decolonisation. By the time World War II came around Halifax, who saw World War One service on the Western Front, was certainly among those trying to avoid conflict. But by 1939 he was also committed to war if Poland was invaded. And in his own words, though others wanted him to succeed Chamberlain he thought Churchill would be a better wartime leader. So much for the deep plotting portrayed here.

That is not the man portrayed by McCarten/Wright presentation so, as with Padmaavat, the facts of history yield to dramatic necessity, and it is from these variations that some contemporary consequences emerge.

For example, the film has Churchill meet new Prime Minister Paul Reynaud, predecessor Edouard Daladier and Supreme Commander General Maurice Gamelin at a French airport. (The first of these meetings, at least, occurred at the Quai d’Orsay). Supine, they say France is lost and dismiss suggestions they fight back. As he leaves, they suggest he is delusional. With France gone, Germany and Italy lined up against him and the rest of Europe effectively lost, Churchill returns to lead a resilient Britain.

In a BREXIT age it is so easy to read so much into this, as does literary commentator Ian Jack who sees the film’s liberties (and those taken in Dunkirk) as deliberate pandering to a now different United Kingdom, well, England anyway. He point outs both films began production before the referendum, but have emerged into a post-BREXIT environment to reinforce a strident “sovereignty” rhetoric that talks up what is a demonstrably terrible policy failure.

That is inevitably reinforced in Darkest Hour by jingoistic descriptions of Hitler and the Germans, disdain for Mussolini and the Italians, a dismissive approach to Oswald Mosley, and that underground scene where one hundred per cent of “the people” pledge to repel the jackbooted vandals from across the Channel. We can, in other words, do without all of them.

And there is an inevitable comparison with current leadership. McCarten’s Churchill might be portrayed as prevaricating momentarily, but once decided he is unstoppable. That contrasts starkly with David Cameron who scarpered at the first sign of fire and Theresa May who now seems constantly shell shocked. We need another Churchill.

At the meta level, meanwhile, there lurks the question of how now to deal with India when the United Kingdom, like other nations, scrambles to decode its changing signs and accommodate yet another rising Asian economy that often puzzles, like its culture as now demonstrated by responses to Padmaavat. One important result of the now-culminating World War One centenary investigations is wider realisation of the massive role played by Indian troops, including in Churchill’s Gallipoli disaster. Those rediscoveries are in turn further reminder of India’s disappointment when its efforts went unrewarded politically thanks to the cultural deafness of leaders like Churchill, so fuelling the Indian nationalist movement from 1918 onwards.

Padmaavat offers a further object lesson around interpretation and change. While the Shree Rajput Karni Sena and male politicians like Digvijay Singh navigate the politics of caste, Indian women sound a note that resonates in a post-Harvey Weinstein environment. Actress Swara Bhasker condemned the film’s depiction of women who are smart but given no agency. Their main role is to commit jauhar or mass suicide by fire to escape the raping Muslims, not so much for their own good but to avoid dishonouring their fallen men. Bhasker allows that history records such events, but suggests that modern depictions should condemn rather than glorify the proceedings. Her view will win favour in the West, but less universally at home.

That might be the lesson drawn from both films. History provides powerful stories and myths, but in today’s environment their resonance might take turns that their creators had not imagined and that will have unintended consequences, especially across cultures and polities.