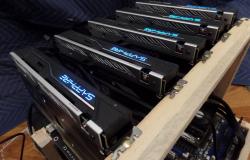 Zbigniew Dumienski and Nicholas Ross Smith argue that the seemingly unstoppable rise of cryptocurrencies could precipitate a shift in the taxations systems of developed states across the globe towards land taxation. Rather than being calamitous, this would be a more progressive source of revenue than the current reliance on incomes, consumption, and businesses.

The incredible growth of cryptocurrencies over the past six months has captured the attention and imagination of the world, with something of a crypto-mania emerging. What was once predominately the domain of a niche group of internet libertarians, cryptocurrencies are quickly becoming the darlings of Wall Street.

Much of the recent focus on cryptocurrency has been whether or not it is a bubble. Such questions are unsurprising because anything that grows at the rate cryptocurrencies have been - Bitcoin, for example, has increased 101,745% over 5 years - certainly looks like speculative hysteria.

However, as Dominic Frisby points out, even if/when the correction happens (and, indeed, Bitcoin has already experienced several ~80% corrections over the last five years), the utility of the technology pioneered by the cryptocurrency boom will remain. Consequently, collapse or not, cryptocurrencies, in some shape or form, are here to stay.

The rise of cryptocurrencies has caused much rumination as to its pros and cons. Advocates argue that they offer a cheaper, faster, and more secure way of transferring funds. They also point to cryptocurrencies being less biased and sounder alternatives to the current monetary system which is blighted by low-interest rates and the continuous debasement of popular traditional currencies.

However, the privacy aspect of cryptocurrencies creates a greater problem for states across the globe beyond policing criminal activity as it could potentially upset the foundations of the existing fiscal systems.

At the current time, most, if not all, of the developed countries in the world source the majority of their revenue from taxes collected from businesses, wages and, increasingly, consumption. For instance, in 2016 the sources of revenue for the countries in the OECD averaged 59% from wages (individual taxes and social insurance taxes), 32.7% from consumption, and 8.5% from corporate taxes, with other sources making up the remaining 8%.

Even now, states have a hard time running efficient taxation systems based off the collection of revenue from these sources, as clearly demonstrated by the Panama Papers revelations. For a long time, savvy accountants have been able to hide money, often through exploiting legal loopholes, beyond the reach of states.

The inability of states to effectively tax the wealthiest individuals and companies certainly explains the increasing preference in developed states for taxing consumption, which is often more troublesome to hide than money. While consumption taxes may also be better for the economy than taxing incomes, they are still, at their heart, regressive and do nothing to address the widening inequality experienced in these countries.

However, the potential widespread adoption of cryptocurrencies could threaten the way states currently collect revenue. As more businesses and individuals embrace cryptocurrencies, it will become exceedingly difficult to rely on taxing incomes, consumption, and businesses for the purpose of financing the state.

Thanks to the privacy aspect of cryptocurrencies, not only our incomes, but even our everyday purchases of goods and services could one day become private, untraceable and, arguably, untaxable. Consequently, the government’s ability to finance its core functions could come under serious threat.

In theory, this vision may sound terrifying. However, it could also be seen an opportunity to rethink their taxation systems for the better of society and the economy.

A significant reduction in revenues from incomes and consumption could be a good thing if taxation is shifted to land. Unlike other sources of tax, the cryptocurrency boom does not affect land because land cannot be hidden, under-reported, or shipped off to a tax-haven. In addition, unimproved land values are easy and cheap to assess on the basis of publicly available information (which makes their assessment not just easier, but also much less prone to corruption).

More importantly, taxing unimproved land values makes sense not just as a defence against the challenges posed by cryptocurrencies, but as a more progressive alternative to our current taxation systems. Unlike taxes on labour or businesses, land is not produced and, therefore, cannot disappear when we tax it.

In fact, taxing land values eliminates the incentives for speculation or land banking and encourages landowners to either use their land more efficiently or sell it on to someone who will. This greatly reduces not only the cost of housing but also urban sprawl and the burden on infrastructure and the natural environment.

Given that land is now seen as one of the main drivers of widening inequality, taxing it is not just good for growth and efficiency, but it is also naturally progressive. Land values reflect the government-funded and community-created advantages available at a given location (think schools, public transport, job opportunities, beautiful parks etc.). Thus, a tax on land is proportional to the benefits enjoyed by its owners.

Additionally, such a tax is the most burdensome to those who own valuable but idle land, such as the absentee owners of vacant or rarely used properties and business that use large sections of land in prime locations in the least efficient manner (think inner city car parks). In contrast, businesses using land efficiently and owner-occupiers are the least affected by taxes falling on unimproved land values. When such taxes are coupled with a reduction in taxes on labour and commercial activity, it those that use land efficiently that stand to make significant savings.

While the benefits of land taxation have been widely known for some time, it has been too politically challenging to implement. However, in the face of the looming cryptocurrency challenge to the state, embracing land taxation represents a logical step which would not only allow the positive elements of cryptocurrencies to remain and flourish but also help address the pervasive issues of rising inequality, slow growth, speculative manias, and environmental degradation.

Persistence Against the Odds: How Entrepreneurial Agents Helped the UN Joint Inspection Unit to Prevail