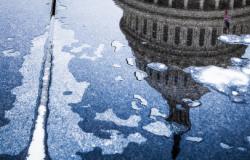 Every few years the Writers Guild of America goes on strike and script creators for film, television and late night shows across the USA down tools. Brian Stoddart explores why the present WGA crisis is a very modern one, especially in the present political context.

First, the Guild (an amalgam of the WGA-East and WGA-West) has a major problem with its health and pension funds. As elsewhere in the Western world, membership is ageing and moving towards a situation where there could well be more people drawing on than contributing to those funds. Affordable healthcare, anyone? The WGA argues that additional funding should come from the coffers of those on the other side of the (non-) negotiating table, the Alliance of Motion Picture and Television Producers (AMPTP).

Second, writers are caught in the pincers of modernisation. As streaming services like Netflix, Hulu and others have proliferated, the number of television shows created has mushroomed but the average number of episodes per season slumped. There are exceptions. Blindspot, in which a tattooed and amnesiac woman emerges from a bag left in Times Square turns out to be bearing clues to major unsolved or even undetected crimes, has forty five episodes (eps) across two seasons written by a team of fifteen led by Martin Gero). Those cases are definitely exceptions, however.

The reason these numbers are important is because writers are paid per ep. Add to that the fact that writers are usually required to be exclusive to a specific series, and the fact that the new quality of television shows means that more time is taken to produce them, the net result is that writers on average now make less money than they did a few years ago.

Oh, and Hollywood is now making fewer movies, in part because of this assault from “quality” television that began, in many senses, with The Wire. Job losses, anyone? The WGA argues, obviously, that writers must be paid more.

So far, this is something of a standard Western economic malaise story, and you might wonder why it features here.

Consider, however, some of the shows and series that would be hit by any major strike. Most major successes on television in recent years have had a political and/or international relations twist. Think House of Cards (some will argue that the British original was probably better), VEEP, The West Wing, Madam Secretary and all the rest.

What would be the effect if they disappeared from screens? It might well be argued that a major form of modern political influence would be removed.

Intellectually, of course, the immediate question is this: surely we all know that these things are fictional, therefore unreal, therefore without impact? The immediate answer is, not necessarily. David Rothkopf, CEO and Editor of Foreign Policy ran a fascinating assessment of the essential integrity displayed in many of these “inside the beltway” productions. While the sub-header in his title was sceptical, the body of the piece argues that many of the shows, led by VEEP, had considerable credibility. Other public commentators have reached similar conclusions.

Not surprisingly, then, there are numerous musings about how, say, House of Cards was reflected in and had an influence over the 2016 Presidential election. Further, there is then a debate about the interrelationship between these shows and the wider voter alienation from the body politic that has swept the West, at least.

This journalistic impressionism should be questioned closely by the academy, and it is:  There is much to be considered in all this across the broad fields of political science and media studies, for example.

That said, it is painfully clear that the rise of Donald Trump, as in so many other ways, has changed the parameters on this broad question.

There are those who believe strongly that his days as a reality television star had a direct bearing on his so-called populist rise to power. It will take much more serious research to confirm or deny that, but the election result swung around the “new” voters he brought in and the numbers who did not turn out for Clinton. The “television” effect in there is significant simply because the pundits, apart from renegades like Michael Moore, all got it wrong. That, and because apart from the television dimension there are few other “big” explanations available (and I leave aside the issue of the popular vote versus the Electoral College – for present purposes, it suffices that a large slab of voters turned out for Trump when ordinarily they might not have done so).

There are also those who doubt the Trump television effect, pointing out that from a high of around 27 million viewers for the first series The Apprentice, numbers then steadily sagged. That is clear enough, but we need to know much more about the precise demographic slices that stayed with the show and its host, because a relatively small number of 2016 voters essentially swung things his way. And it is also worth remembering that this is not new in America. Ronald Reagan and Arnold Schwarzenegger both ran their own versions of “draining the swamp” and populist agendas based around popular cultural imagery.

There is a sense, then, in which political representation via television and the screen has an impact on broader political thinking and behaviours. Underlying that, though, is a rising realisation that this has changed dramatically in nature over time because, historically, there has always been political satire. Think, for example, of that timeless British show, Yes Minister, in which a hapless politician is steered by his Machiavellian senior civil servant with all the antics watched by a chippy press officer. This really was all satire rather than cynicism.

That cynicism began to flourish with the brilliant if foul-mouthed The Thick Of It, the brainchild of Armando Iannucci who later created VEEP. Like The Wire, The Thick Of It changed things. That change was the beginning of the politics of alienation. Malcolm Tucker (played brilliantly by Peter Capaldi) was based heavily on Alastair Campbell, the Svengali press officer behind Tony Blair. As the real life manipulations deepened, so did public distrust of politicians, and Iannucci plumbed it all to great effect.

The darker side of politics and a public distaste for that began to appear in the created imagery.

It should not be forgotten that this relationship between screen and political reality is not exclusive to America. Nowhere is it better demonstrated, for example, than in South India where politics and power have been roped to the movie industry for generations. That India’s film industry is the world’s largest is reasonably well known, but it is less understood that the Tamil film industry is frequently larger than Bollywood, producing over two hundred films a year.

The early twentieth century non-Brahmin political movement in the south soon coalesced into formation of the Dravida Munnetra Kazagham (DMK) . From its earliest days, the DMK had close links to script, stage and screen. C.N. Annadurai, its pioneer, was himself a playwright and actor, while his famous successor, M. Karunanidhi, began incorporating his political views in his screenplays during the 1940s. Annadurai became Chief Minister in 1967 but soon died in office, succeeded by Karunanidhi who was first elected to office in 1957 and is still to this day leader of the DMK.

As with all scripts, there was a twist, in the form of M.G.Ramachandran. Like Annadurai, he began as a stage actor but moved quickly into the film industry in the 1930s. At the same time he became an activist member of the DMK. The biggest star in the Tamil cinema, his combination of politics and film was powerful. Once close to Karunanidhi, MGR split from the DMK to form the longwinded All India Anna DMK (AIADMK), invoking the spirit of Annadurai. He won power in 1977 and was Chief Minister until he died in 1987.

Since then, power has been traded between the DMK, led by Karunanidhi, and the AIADMK whose great luminary until her unexpected death last year was J. Jayalithaa. “Amma”, as she was revered, appeared in well over one hundred films and in many of those alongside MGR who groomed her in the AIADMK hierarchy. She became Chief Minister first in 1991 and held that office on five separate occasions, alternating with Karunanidhi.

Both parties now have major problems. Karunanidhi’s complicated personal life has created several internal disputes, and that extends to who might be his successor. It also swings around control of a media empire, political allegiance of that empire and, inevitably, the imagery (especially of Karunanidhi and his chosen son) produced by that empire. On the other side, Jayalithaa’s death sparked an AIADMK internal power struggle that is still playing out. However all that resolves, in south India the role of screen and actor is inextricably connected to that of the politician. By definition, the writers behind that industry have an unusual power.

That dimension is evident everywhere else, if in differing degrees. In A House in Damascus: Before The Fall, I noted how a much different perception was created by watching American series and films like The Unit, Over There, Body of Lies, Jarhead and The Sum Of All Fears while resident in Syria. The unrelievedly negative description of Syria and of Arabs in general was striking, There is little question that most of these representations instil in viewers stereotyped and prejudicial views of “The Other”.

In that case then, you might argue, a writers strike might not necessarily be a bad thing, at least temporarily closing down that negative imagery. As always in the image-driven world, however, should the strike set in the most likely benefactor would be none other than Donald Trump. That strike would shut down all the joke writers on late nights shows like Saturday Night Live, Full Frontal With Samantha Bee, Last Week Tonight With John Oliver and all the rest.

Not only would the scriptwriters have helped Trump’s rise, then, their now enforced silence would leave him unchecked.