GLI at the G7 - Japan’s Gender Segregation: A Forward-Looking Policy or an Education Failure? 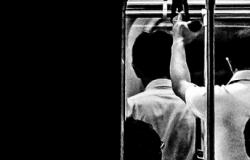 Media Centre – G7 Ise Shima Summit. This morning, the first day of the Ise-Shima Summit, the leaders of the G7 travelled together to view Ise Shrine alongside Prime Minister Abe. But unlike some female travellers, it is unlikely that the German Chancellor Angela Merkel will have travelled in a separate motorcade purely due to her gender.

This week the leaders will be discussing women’s economic empowerment issues head on. They will not, however, be tackling the root cause of the gender inequality spectrum, that being a failure of education. The communiqué will instead probably repeat the same mantra that we have seen at previous summits, that women’s empowerment issues need to be addressed so that all can benefit from the economic growth this would entail. This requirement that all genders must benefit from this empowerment, rather than specifically making it an issue of women’s empowerment, speaks to the social issues that can be seen whilst travelling through Japan.

Beginning in 1912, one Japanese train company provided women with the ability to travel in women-only carriages on the country’s train network. In 2000 this optional segregation for women spread to the subway as well. The perceived need for this separation has been attributed to the overt objectification of women and girls by men, alongside a profoundly disturbing level of sexual groping that was laid bare when a survey conducted in 2005 showed that 64 percent of women had reported being groped on the Japanese train and subway networks. This issue has not been reserved for Japan alone, in 2015 Jeremy Corbyn the leader of the Labour Party in the UK was ridiculed for suggesting women-only carriages might be an option to deal with these issues on the British transport network.

As the leaders sit down at the summit table on Friday they will be claiming to be tackling the most important issues of women’s economic empowerment in order to provide a strong message. The phrasing of the resulting communiqué will attempt to show that they are challenging this gender bias in society. The fundamental flaw in the logic of this process however is that they are failing to deal with the root causes of gender equality issues.

The end result of attempts to meet these root causes can be observed through the Japanese transport networks’ gender policies. These have provided safe spaces for women travellers in segregated carriages, but just like the issues surrounding women’s economic empowerment, they treat the issue as separate from the mainstream challenges that are facing society. The causes of sexual abuse of women on trains, as well as the pervading glass ceiling in employment, lie within the education systems of all the G7 countries. These education systems that do not teach young men how to treat women with respect thereby create societies that actively block equality of gender.

Coupling educational reform among the G7 alongside the protectionist and empowerment policies that exist will be a concrete first step in dealing with the challenges to women’s economic empowerment. If the G7 leaders can effectively mould both these streams together then they will begin to successfully deal with the issues that restrain and inhibit society. Teaching men that it is unacceptable to objectify and touch women on public transport, rather than simply placing women in a separate carriage out of sight and out of mind, would fundamentally alter the gender imbalance perception that exists. While appearing as separate issues, this development of respect for women would create a general discourse on gender issues across society, spreading to the workplace and hopefully providing a positive incentive for employers to address the gender imbalances that continue to pervade them.

One of the key points that needs to be taken from the debate surrounding women-only carriages and economic empowerment issues is that the picture is not simply black and white. Many women do not wish to use the women-only carriages, just as many women do not wish to fit neatly into the perception of what women’s economic empowerment through work looks like. Instead, there has to be a broader discussion of how these issues need to be challenged, whilst continuing to provide the freedom for women to choose how they wish to tackle the challenge of gender inequality in society.