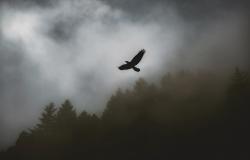 Brian Stoddart explores why Australia has decided to follow an “all or nothing” approach to China that now openly discusses the idea of war.

When the Secretary of Australia’s Department of Home Affairs (who wants to be the Secretary for Defence) tells the nation it should prepare for war with China, the Westminster principles of government and governance are clearly gone, possibly for good.

To be fair, the politicisation of the Australian civil service (and in the individual states) has been in full swing for some time. When governments change, it is now standard practice for some or several Secretaries to move or be moved on at the whim of the new victors. And Ministers rarely resign because of failures on their watch now – lesser watchwomen are normally thrown under moving vehicles in order to feign accountability.

Even so, this latest eruption of war mongering signifies the extent to which the decay has gone – a senior civil servant more or less bringing on war with a major trading partner sets a new low bar.

Home Affairs Secretary Michael Pezzullo is a controversial figure, a limelight habitue with obvious ambitions and a self-awarded licence to ride roughshod. The Home Affairs Department is his creation and his boss, Peter Dutton, still has leadership ambitions having been seen off by now Prime Minister Scott Morrison last time around on the leadership ferris wheel.

But becoming a China hawk is way beyond normal, especially when it means joining a unique movement;  one that wants to approach this particular bilateral relationship with an all or nothing deal. “China, bow to us because we will not bow to you – even though we owe our present economic survival entirely to you”.

And the sources for this belligerence are not entirely clear. Australia wants to continue receiving the economic benefits but simultaneously join the American-led sabre rattling over Taiwan, the South China Sea, Belt and Road, Uighars, Tibet, Asian Investment Infrastructure Bank and all the rest.

Much of this, it seems, is for domestic consumption as the attack on China continues apace in the pages of newspapers like The Australian. While analysis of that ranges across into the nature of modern media, the point here is that those pages do not even pretend to create a “balanced” view. The attacks are unrelenting, including from former editor Chris Mitchell.

And almost all Australian commentary sources on China draw on hawks from outfits like the Australian Strategic Policy Institute that is funded mostly by defence contractors. For example, among attacks on the presence of Confucious Institutes within Australian universities as being tools of the Chinese communist system is the latest led by the Director of ASPI. (Incidentally, the Director also subscribes to the “drums of war” approach).

That commentary, coincidentally, normally goes out of its way to pillory other sources, notably those in the universities. This federal government has an unshakeable view that academia is full of lefties of the worst order. Mind you, the same government also criticises universities for taking in far too many business and law students – they do not traditionally look too left wing, so the logic of the attack remains unclear.

So, for example, the Australian now has in its sights the director of the Australian National University’s Centre on China in the World. In a public address Professor Jane Golley raised questions about China’s treatment of Uighars. The Australian led its report with a comment that the notoriously anti-China Senator James Paterson, now chair of an influential security committee, had condemned her comments. Golley had to defend her position as other media sources waded in on the matter.

No one now is under any illusion that China has taken a more openly aggressive position on asserting its place in the world. Governments everywhere are having to deal with that, and Australia has decided to follow this “all or nothing” approach that is now openly discussing the idea that war might eventuate. And, like much of the media, the Government is doubling down on this with partners who might prefer a more nuanced approach.

For example, newly appointed New Zealand Foreign Minister, Nanaia Mahuta, indicated that New Zealand, with its $19 billion trade benefit, wanted a constructive approach to China, and was critical of the Five Eyes intelligence group openly criticising that country. She was attacked immediately and the Australia-New Zealand relationship was said to be “strained”. This led to Australia’s Channel Nine 60 Minutes program (now largely discredited as a source of journalism) running a scurrilous attack on New Zealand’s stance on China.

The central problem here is the almost total absence of any balance in either public commentary of governmental position in dealing with China, and its important resident and diasporic community in Australia is feeling the pressure. There are over a million of them, almost five per cent of the population, and they have been prominent in all fields of Australian life. Now, many of them, like other Asian communities in the country, are beginning to raise the “racism” word.

That stings in a situation where there is almost no balance.

Surprisingly enough, for example, there is an almost automatic acceptance of statements and reports issuing from organisations like the United States Studies Centre at the University of Sydney or the Perth USAsia Centre at the University of Western Australia that focus on what is now known as the Indo-Pacific. There is no protest about them being tools of the Americans, despite the clear links.

And it is clearly odd that Australia does not have an Asia Centre in its own right, without the American slant, especially at a time when the Americans are so obviously focused on trying to shore up a rapidly declining regional position.

Australia should be creating a progressive, forward-looking set of relationships with and around China, not openly siding with a belligerent party by being just as belligerent itself.

The source of at least some of this slanting at least emanates from Australia’s increasing drift to the right. COVID has not helped, with the federal government’s leading role in calling for the Wuhan inquiry help lead to a rise in anti-Asian sentiment generally and anti-Chinese specifically.

And some of that in turn is leading into the despised universities themselves, often through social media sites like LinkedIn and others where something of a battle is being waged between those supporting the government stance and those looking for something else. The former inevitably include some of the same defence industry interest groups that underpin ASPI. But they also now include broader and more diverse inputs, including from university leadership groups.

And this can take an odd turn, as with a report that an orchestrated social media campaign was being run against Australian vineyards alleged to be owned by Chinese.

It is a long way, indeed, from threats of war to abuse of vineyards because they are Chinese-owned. But therein lies the essential problem – the power of negative sentiment to permeate every layer of life. Australia is experiencing that right now, at the very time that it is imperative a more balanced regional and global outlook is developed.