If Boris Johnson is Serious About “Doubling Down” on UK R&D Investment, Here is a Way To Do It 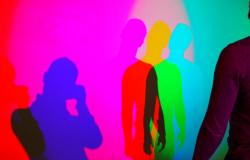 Greg Falconer, Director of Innovation Policy at Nesta, offers Britain's new Prime Minister some advice on how to keep his promises to make the country a world leader in research and innovation.

When new Prime Minister Boris Johnson spoke at the Manchester Science and Industry Museum last week, it was his £3.6bn commitment to support 100 towns that received most attention. Few noticed that later in the speech - among the fawning references to the North-West’s industrial heritage - was an audacious pledge: “We will,” he said, “double down on our investment in R&D.”

Johnson doesn’t have a strong track record of supporting science and innovation. Scientists and business leaders are waiting to see whether he (and his brother Jo, re-appointed as Science Minister) will continue the approach of Theresa May’s government, which was more than happy to stump up cash for science. This included £7bn extra R&D funding over five years as part of the 2017 Industrial Strategy - the biggest increase in public R&D on record - and a target to raise total UK R&D investment from 1.7% to 2.4% GDP by 2027.

Many in the science, research and innovation community support the 2.4% target but few believe it is achievable, so the PM would do well to consider other approaches. UK R&D investment has stalled at around 1.7% GDP, far below countries like South Korea and the US, and reaching the target would require a massive increase in private R&D investment which the government cannot enforce. It also puts public funding for science and private sector R&D into one big bucket, potentially putting universities and business leaders in competition with one another for government support. R&D targets are easy to set, but can be distracting and challenging to deliver. Good intentions but not good policy.

Doubling down on public R&D

If Johnson really wants to “double down” on investment he should focus on what government actually controls: the public R&D budget. Government funding for R&D currently stands at around £9bn a year. Doubling down would mean increasing this to £18bn or more. This would be a massive vote of confidence in the country’s research base at a time of uncertainty, crowd-in private sector R&D funding and send a clear signal to international investors that the UK will remain a vibrant knowledge economy post-Brexit.

Such a massive expansion would need to be properly thought through. Proper consideration should be given to the most appropriate balance of spending, such as how much should R&D be funded through university-focused Research Councils versus business-focused InnovateUK. Government will need to decide how much should go on blue-skies research versus R&D to tackle challenges such as climate change or supporting new technologies. This will involve some tough decisions with inevitable winners and losers. Ministers should consider involving citizens in this process, democratizing the allocation of R&D funding while increasing engagement in science and innovation.

At the same time, Johnson should clarify UK access to EU science programmes. The UK will need an association agreement for researchers here to be able to take part in the EU’s new €100bn Horizon Europe fund. If UK R&D is to flourish, UK scientists cannot be left out while their European counterparts steam ahead.

Similarly, Johnson should make sure the post-Brexit visa regime works for science and research, asking the Home Secretary to reconsider the £30,000 salary threshold for skilled workers wishing to work in R&D. World-class R&D demands access to world class talent and UK research institutes should be able to easily recruit from across the EU and beyond.

Encouraging private sector R&D is more challenging. Companies will only invest if they believe they will see a return. Of the £18.7bn spent on R&D by UK businesses, most is concentrated in sectors where the returns are clear: automotive, aerospace and pharmaceuticals (the largest private UK R&D funders are GlaxoSmithkline and Astrazeneca).

If the government wants to increase private sector R&D, it should start to look beyond supporting companies like these to the rest of the economy. At the last count, only half of UK companies actively innovate, and the number is falling. 80% of UK GDP comes from services: if even a small proportion of the UK service sector did more R&D, the effect on investment could be transformative. The way R&D is measured means that services firms and the creative industries are probably far more innovative than we realise, but there is still massive scope for expansion.

Government lacks effective ways to encourage private R&D. Using public funding to crowd-in investment, increasing tax credits and focusing on business support programmes are relatively blunt tools that risk waste. Government should experiment and test what really drives companies across the UK to invest rather than relying on the old ways of doing things. This will involve patience, an open mind, an appetite for reform and (critically) data and evidence.

The PM must also be clearer about why R&D matters. R&D can be a black box, summoning images of scientists in white coats, research papers and patents, far removed from people’s everyday lives. Johnson should be clear that R&D is important because it makes life better. As an input to innovation it leads to all sorts of new things: new health treatments, new ways to create and store energy or new tech. This year, we are reminded, it has even put a man on the moon.

R&D and innovation are about addressing challenges and encouraging the creation, spread and adoption of new ideas for the benefit of society. Focusing on how research can improve people’s lives would be a far more inclusive and sustainable approach than setting a technocratic investment target. If Boris Johnson is truly serious about doubling down on R&D, he should be far clearer about what it is for, who will benefit and how it can be harnessed for public good.