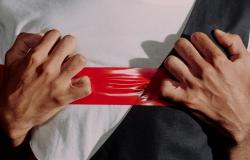 Branko Milanovic argues that responsibility for the rise of violent nationalism lies with a global intellectual elite who defined, promoted, and defended the pernicious ideology of inequality.

That today’s world situation is the worst since the end of the Second World War is not an excessive, nor original, statement. As we teeter on the brink of a nuclear war, it does not require too  many words to convince people that this is so.

The question is: how did we get here? And is there a way out?

The origin of today’s conflict lies in that misunderstanding. Many books have already been written about it, and more will be. But this is not all. The Euro-American world took a bad turn in the 1990s because both the (former) West and the (former) East took a bad turn. The West rejected social-democracy with its conciliatory attitude domestically and willingness to envisage a world without adversarial military blocs internationally for neoliberalism at home and militant expansion abroad. The (former) East embraced privatization and deregulation in economics, and an exclusivist nationalism in the national ideologies underlying the newly-independent states.

These extreme ideologies, East and West, were the very opposite of what people of goodwill hoped for. The world they wished for, after Western colonial and quasi-colonial wars and Soviet invasions ended, was the world of convergence of the two systems, with mild social-democracy in both, dissolution of war-mongering alliances, and end of militarism. They got nothing of the sort: one system swallowed the other; social democracy died or was corrupted or co-opted by the rich, and militarism through adventuresome foreign invasions and NATO expansion became the new norm. In the former Third World, the victory of the West led to the reinterpretation of the struggle against colonialism. It was now shorn of all of its domestically progressive elements. This facilitated massive corruption in the newly liberated countries.

The trivialists succeeded in turning the progressiveness of the post-War on its head. Instead of development and progress meaning a combination of the best elements of market (capitalist) economy and socialism, elimination of power-politics in world affairs, and the adherence to the rules of the United Nations, progressiveness in their new reading of history meant unbridled market economics at home, “liberal international order” of unequal power abroad, and pensée unique in ideology.

Instead of a social-democratic capitalism with peace, to be progressive began to mean neo-liberalism with the permission to wage war on anyone who disagreed with it. Instead of mild and innocuous mixture of socialism and capitalism at home and equal power of all states internationally, we got served the power of the rich at home, and the power of big countries internationally. It was a weird return to the quasi-colonial hegemony, taking place—incongruously, at first—at the time of “liberal victory”.

The rest, from today’s perspective, seems almost preordained. The virulent nationalism of Eastern Europe that fueled the revolutions of 1989 finally engulfed the most powerful country in that part of the world: Russia. Xenophobic nationalism is the same everywhere: in Estonia, Serbia, Ukraine, Russia or Azerbaijan. But the greater the country, the more destabilizing and imperialistic it is. What began as the nationalist revolutions in Eastern Europe ends now as the revolution of unchained nationalism in Russia: the same ideological movement but with the regain of “lost” territories as its objective rather than their “liberation”.

The rule of the rich locally and of the powerful internationally seems so ideologically entrenched today that no hope of betterment, no hope of national nor economic equality seems on the horizon. A lot of responsibility for this disastrous state of affairs lies on the “trivialists”, the intellectual elite who defined, promoted, and defended this pernicious ideology of inequality. The hopelessness envelops not only the present where we stand on the precipice of the extinction of a part of humankind, but the future too. Progressive thought has been vitiated, remodeled, and extirpated. The medieval darkness, under the name of “liberty”, is descending.

This first appeared on Branko’s blog and was reposted with permission.